Search
Coronavirus demonstration in Luxembourg city (4.12.21)
© Domingos Oliveira
The photos published on this site are subject to copyright and may not be copied, modified, or sold without the prior permission of the owner of the site in question.

The call for the rally on Saturday afternoon was made by several groups on social networks. The protest started at 2pm, with tensions breaking out between the police and the protesters near the 'Gëlle Fra' monument.

According to the police, around 2,000 people gathered in the area of the Glacis car park in Luxembourg City to protest against the "oppressive measures" taken by the authorities for several months in the fight against the spread of the coronavirus. The organisers asked the participants to remain calm and in particular "not to allow themselves to be provoked".

Tensions finally erupted at the Christmas market on Place de la Constitution, around the Gëlle Fra monument, at around 3.30pm, when several stands refused to serve hot drinks to some of the protesters. The latter proceeded to knock down several barriers in order to enter the site without showing their CovidCheck certificates. 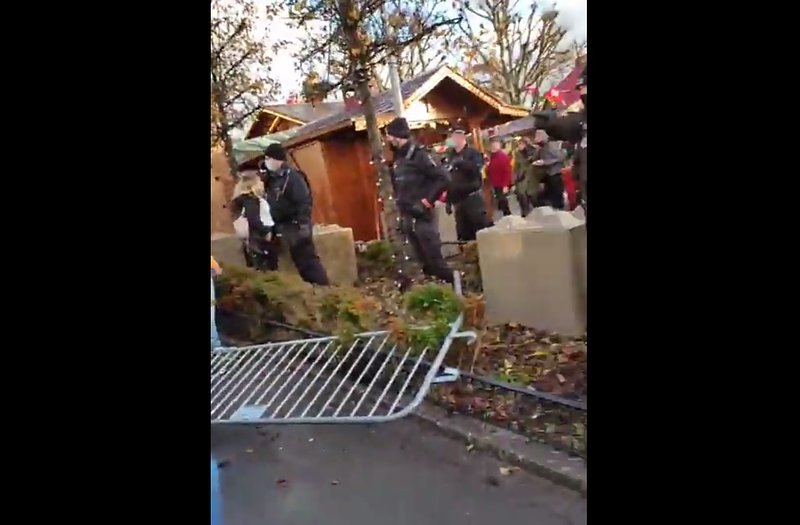 Vaccination, the CovidCheck regime, or the stricter measures in the workplace announced this week were at the heart of the messages of the protesters who, echoing the arguments of the 'Marches Blanches', denounced a deprivation of freedoms for people who do not wish to follow the authorities' recommendations. 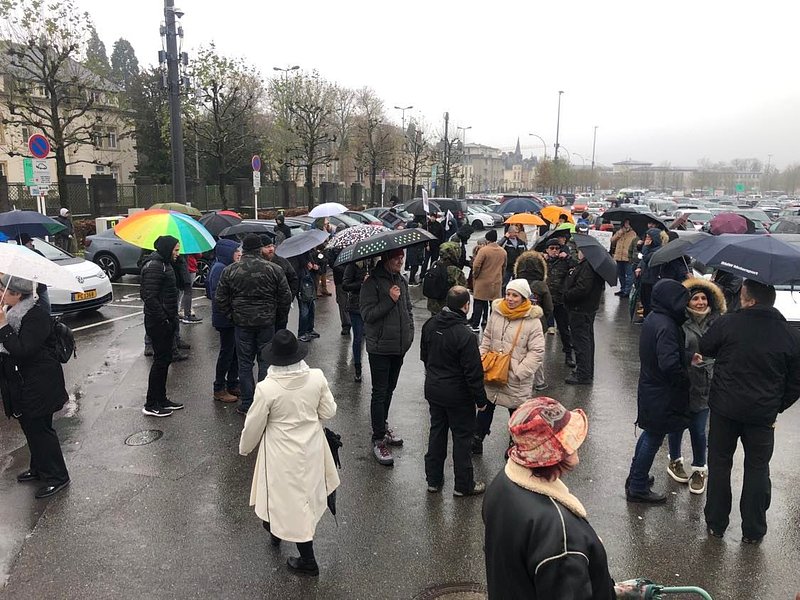 The participants also criticised the measures taken in schools or concerning children, whom they want to "protect" from the "health dictatorship". All these reasons, the protestors claim, have led them to march in the capital to make the authorities understand that they do not agree with the decisions taken in recent weeks.

The area in and around the city centre is to be avoided until further notice.