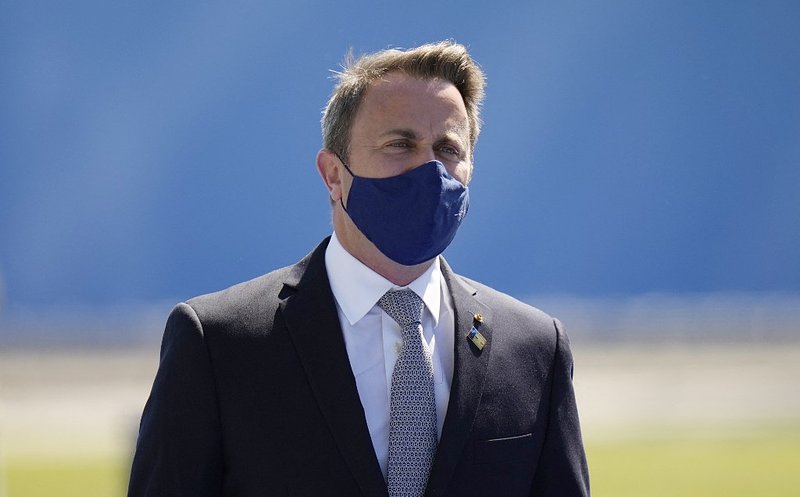 In a speech at the Chamber of Deputies on Tuesday afternoon, Prime Minister Xavier Bettel reacted to the chaotic protests against the government's Covid-19 measures last Saturday.

A strict perimeter for protestors, identity checks, and an action plan against radicalisation: The head of government announced several measures in response to the protests in Luxembourg City on Saturday.

Fernand Etgen, president of the Chamber, opened the debate by stressing that it is time to give "clear signals when red lines are crossed" and oppose those who use violence and play down the Shoah.

"Democracy will not be brought to its knees by a violent group!": Supported by almost all the members of his government, Prime Minister Xavier Bettel made a ten-minute statement that marked the government's firmness to uphold the principles of the rule of law and to sanction any violence and rioting in the future.

"Last Saturday, scenes took place that we cannot and will not accept", the head of government told the MPs. He went on to explain that the government accepts neither the defilement of the Gëlle Fra, nor the trivialisation of the Shoah. "Riots" in the city, Christmas markets being stormed, people being attacked and led to feel unsafe in their own country, journalists being hindered to do their work: All of this is totally unacceptable in the eyes of the government, Bettel declared.

For the Prime Minister, it is "a question of the foundations of our state". His message was unequivocal: "What happened on Saturday must never happen again" and "all illegalities will be punished".

While the judicial authorities are waiting for the police reports on the incidents and the perpetrators, discussions have progressed behind the scenes on how to prevent future outbursts of violence, especially as no less than three new protests are announced for the upcoming weekend.

On Tuesday, the Prime Minister, the public prosecutor's office and Mayor of Luxembourg City Lydie Polfer had a meeting to assess potential measures to prevent protestors from entering the city centre, Lydie Polfer told RTL Radio in an interview on Tuesday morning.

People must not give in to incitement to hatred

The protestors targeted by his speech are "an absolute minority", Bettel stated, explaining that he prefers not to "lump all protestors together". To all those who are opposed to the government's anti-Covid policy, Bettel said: "Don't allow yourself to get riled up and don't take part in protests that incite hatred and violence".

To those who still have doubts, the Prime Minister reiterated that "Covid-19 exists, and it is not just a flu!". People die every day, Bettel deplored, adding that "these are facts" and that vaccination is the best way out. "It is your right to ignore these facts and have a different view, but your opinion has a direct impact on our society", the Prime Minister argued.

"Those who sow doubt in people's minds are attacking the pillars of our society", Bettel went on to say. He sees only one solution to end the pandemic once and for all: "We need to fight this virus together".

The government will ask for an orientation debate "to act against polarisation and radicalisation". A new action plan that "comes a little late", Bettel conceded, "but it is never too late for that".