How do the ministers look back on the year 2020? Lex Delles, Minister for Small and Medium-Sized Enterprises kicked off a new interview series by our colleagues from RTL 5minutes.

In Luxembourg, small and medium-sized enterprises (SMEs) account for 55% of domestic employment. Over the past ten months, they have been unevenly affected by the covid crisis.

While the hotel and catering industry has been hit hard by the government's restrictive measures (which have just been extended until 15 January 2021) in other sectors such as the craft industry, businesses have been able to operate normally.

After ten months of crisis management, Lex Delles (DP), the Minister for Small and Medium-Sized Enterprises and Minister for Tourism notes that "the strong point of SMEs is that they have an impressive spirit of questioning" and that they "know how to adapt quickly to new situations".

RTL 5Minutes: What positive aspects has the crisis revealed for SMEs?

Lex Delles: Digitalisation in all sectors, starting with commerce, for example. An economic interest grouping set up together with the City of Luxembourg, the Chamber of Commerce and various municipalities has launched Lëtzshop, Luxembourg's online sales platform to support local commerce. Around 500 shops now make use of this platform with more than 450,000 visits in recent months. It is a great success.

Not forgetting the digitalisation of companies via the 'Fit 4 Digital' programme and, for very small companies and their bosses who often already have their hands full with work, the 'Fit 4 Digital Packages' programme. A person comes into the company, implements a tool and shows how it works directly. With Covid the expectations were very high and many traders participated in these programmes.

In the catering industry, take-away has taken off enormously. Even though it did not work well in the first wave, the second closure of the Horeca sector witnessed many more restaurateurs doing take-away and delivery. It is precisely this ability to question oneself and move forward that is the strength of SMEs. 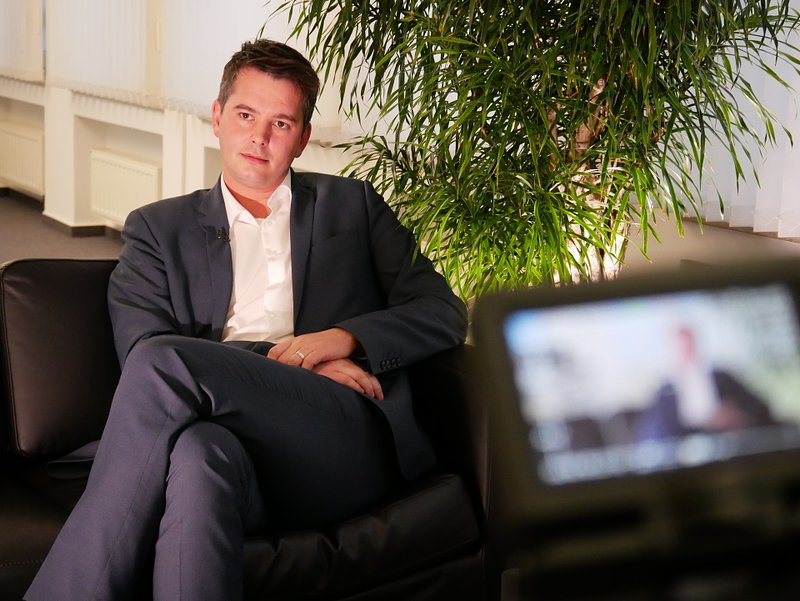 Stephen Lowe: The Hand That Feeds

What weaknesses have emerged and how should they be addressed?

Digitalisation is not the miracle answer to everything: you can't cut your hair from a distance (smiles). One of the weaknesses revealed is the lack of manpower for micro-enterprises. You may want to go ahead but you may not always have the time to do so because there are not enough people employed in the business. You have to question yourself before the problem arises.

Sometimes there is a lack of human resources but also a lack of financial resources. For example the entrepreneurs who started with private funds because they had a very good concept, but who did not have the revenue to maintain their business, let alone to reinvest in new ideas when Covid arrived. It is up to the state to support them to help them develop.

You are the minister for the suffering Horeca sector and the large supermarkets. Don't you think that the same opening regime for both would be more coherent?

If I could rephrase your question: should one sector be closed because another sector remains open? Not at all! The closure decided by the government is not random, there were very specific reasons. The weak point for the Horeca sector was the question of getting together and taking off the mask to talk for one or two hours together and during that time the virus could spread. The very big difference between the Horeca and trade is that the mask is removed. For trade, the mask is always kept on and social distancing is easier. The two sectors are not comparable.

Following the discussions triggered by certain images on social networks, we set up a flow management system. We expect all large stores to have a concept for flow management within their shopping mall.

One thing is often forgotten in this discussion: the shopping mall is a retailer, but within it there are many independent, small shops, just like in a city centre. Every customer has to ask himself the question: Am I going to the mall because I need something or just to walk around? 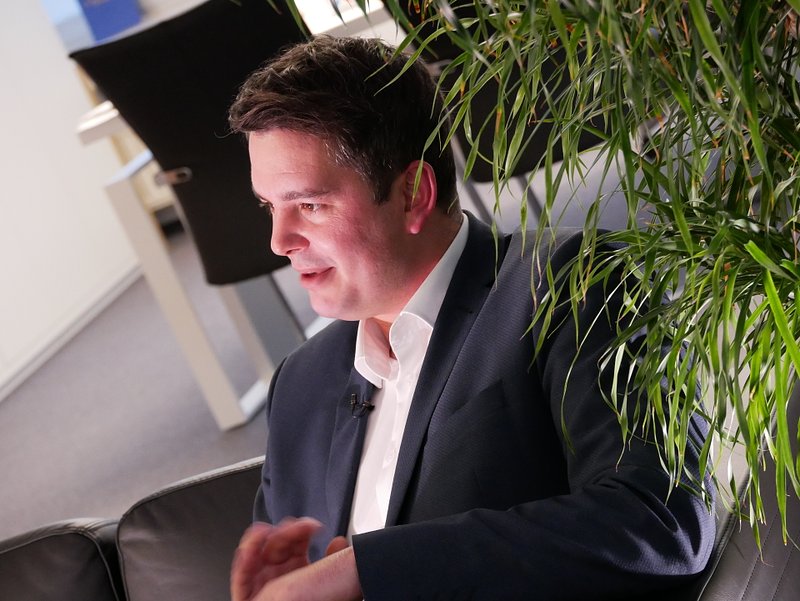 Is tourism on its knees or not?

Tourism is on its knees. In all its facets. There is pleasure tourism, very strong during the summer season when many tourists come to Luxembourg on campsites, in hotels, in rural areas. For these hotels and campsites the year was mixed. The year was difficult, especially at the beginning. In the summer, some tourists still arrived for a short holiday.

On the other hand, all business tourism is more than on its knees. I'd say it's on the ground. Because no or very few tourists currently travel for business. This puts a lot of pressure on the hotel industry, especially in the city centre. But also on the event industry, a sector which has hardly been able to work for ten months. Tourism with what goes hand in hand, such as the event industry or caterers, were the first to be affected by the crisis.

And even with the vaccine and a calmer situation, this sector will feel the repercussions of the crisis far beyond because the business sector has also been affected. Video conference meetings will certainly change the world of business tourism.

All sectors have clearly shown that a society is much more than just a collection of individuals.

The priority project is to support SMEs. Within the ministry we have seen the enormous work linked to the crisis. Normally we dedicate investment aid of around 16-17 million euros per year with files ranging from 10,000€ to 200,000€. This year more than €220 million of refundable and non-refundable aid (€130 million) was paid out. This, in terms of the file numbers, has generated a huge amount of extra work.

Another major project for 2021: we want to introduce a second chance in the right of establishment. At the moment, it is very difficult for those who fail after setting up their own business to reopen one later. This is precisely what we need to work on. The idea is to be able to restart despite bad luck or bad management. But fraudulent bankruptcy will remain fraudulent bankruptcy and in this case there will be no second chance.

We also want to introduce aid for business start-ups. This will be a direct aid for the self-employed person who start up in order to support the individual for a few months at the beginning of their activity. We are in the process of inquiring at European level what is possible. It will be a monthly aid linked to training conditions.

How should Luxembourg bounce back?

With imagination and innovation. It is by rolling up our sleeves and pulling together to move forward that everyone will feel the post-crisis dynamic. I think Europe and the whole world will feel the importance of working together. The solidarity experienced in 2020 has been a comfort. People went shopping for people they didn't know. Municipalities have found ways to help trade, vulnerable people, families. All sectors have clearly shown that a society is much more than a collection of individuals. It is solidarity and it is working together. And this is where we are going to bounce back.