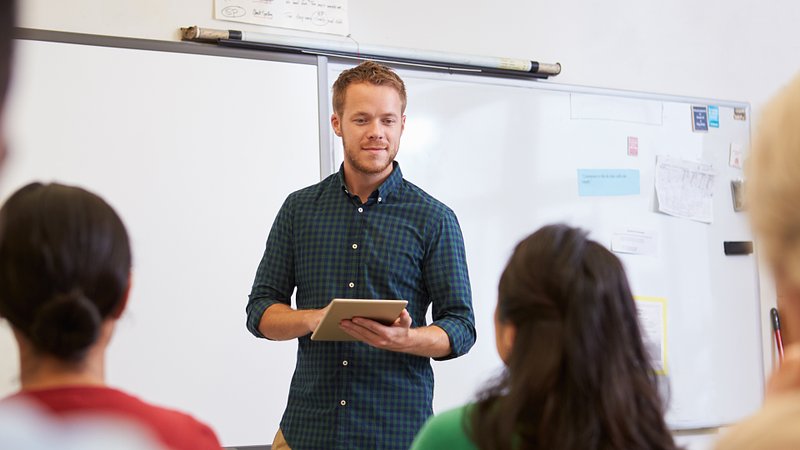 A study published by the European Commission in September showed that teachers' salaries in Luxembourg, already higher than many of their EU counterparts, rapidly rose during the first few years in the profession.

In a document published in September presenting the evolution of teachers' and school directors' salaries, the European Commission revealed some interesting figures on Luxembourg.

Unsurprisingly, the Grand Duchy is recognized as one of the countries paying higher salaries to teachers, ahead of other developed countries such as Denmark, Germany, Switzerland, Iceland, Liechtenstein and Norway.

At the start of their careers, secondary school teachers have a higher salary than their primary counterparts. Although their salaries increase significantly during the first 15 years, Luxembourg's teachers tend to achieve their highest salary after  a career of 30 years.

According to Commission figures, dated 2018/19, the majority of public service teachers with a bachelor's degree are expected to earn on average more than € 67,000 per year at the start of their career. On average, their annual salary will have increased by €20,000 after ten years, by €31,000 after 15 years, reaching a maximum of €119,000 after 30 years - a €52,000 pay rise compared to the start of their career. Teachers with a master's degree can expect even higher salaries.

Despite these lofty figures, the Commission's report noted that Luxembourg teacher salaries had barely changed from 2017/2018 to 2018/2019.

Between 2014/15 and 2018/19, teachers lost around 11.6% of purchasing power, as inflation largely exceeded the evolution of their salaries. In this regard, Luxembourg has the worst rate in Europe.