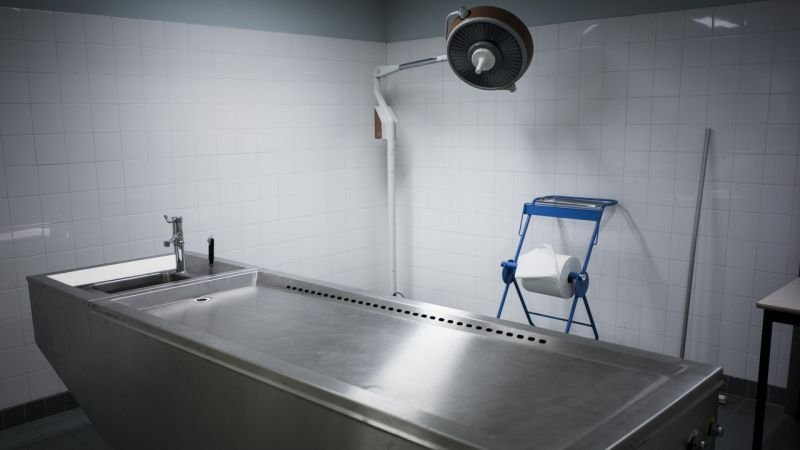 Autopsies of patients that have succumbed to the virus could help researchers to find out more about the illness.

Autopsies usually only play a secondary role in the everyday life of pathologists. They may nevertheless prove to be a valuable tool to shed light on some of the pressing questions that remain unanswered in the context of the ongoing pandemic.

Researchers from across the globe are trying to determine how dangerous the novel illness really is.

German pathologist and head of Hamburg's Institute of Forensic Medicine Dr Klaus Püschel stressed that the examination of the dead can bring to light valuable lessons for the living.

According to the veteran doctor, humanity has historically begun to understand illnesses by performing autopsies.

Dr Püschel explained that autopsies for instance revealed that Covid-19 affects muscles and may impact vital organs such as the heart.

At the start of the pandemic, researchers and doctors mainly focused on the illness's impact on the lungs but, according to Dr Püschel, additional factors will become increasingly important to understand the true nature of the virus.

The doctor also underlined the importance of determining whether patients died of the virus rather than with the virus. Autopsies that were carried out abroad paint a relatively clear picture.

As the doctor explained, many patients that succumbed to the illness were very old, smokers, obese, or had preexisting conditions such as diabetes. Lifestyle, age, and other illnesses are therefore closely associated with higher risks, he concluded. By examining other organs, autopsies  can play a key role in gaining a better understanding of the virus's mechanisms.

It also remains crucially important to carry out autopsies on patients that do not belong to defined risk groups such as children, and seemingly healthy young people.

Dr Püschel lamented a lack of transparency when it comes to including fatalities in the virus toll. Insufficient amounts of information about exceptional cases are for example made public. Some patients who passed away may be classified as coronavirus deaths even though they may have, in reality, died from an unrelated illness.

Luxembourg's Ministry of Health is currently not planning on carrying out autopsies on Covid-19 patients. Professor Michel Mittelbronn argued that autopsies can make sense in theory but warned that they also carry increased risks. In his eyes, it would not be a good idea to carry out autopsies on every patient. Autopsies automatically release many bodily fluids that are potentially virus-laden.

The average age of patients who passed away in Luxembourg lies well above the 80-year mark. Mittelbronn conceded that exceptional cases should definitely be closely examined.