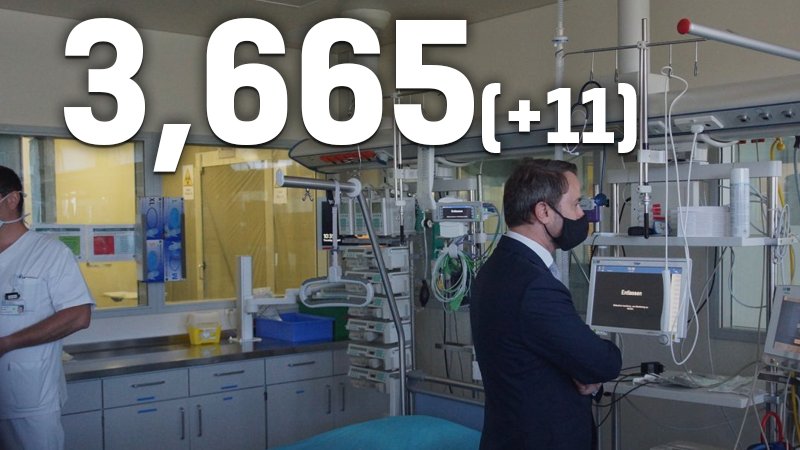 In the latest update from the Ministry of Health, the number of confirmed cases in the Grand Duchy has risen by 11 to 3,665, while the death toll rose by 3 to 83.

The number of patients in intensive care has fallen by 2 to 27, while another 138 remain in hospital.

728 patients have now been discharged from hospital in the Grand Duchy, a rise of 17 from Wednesday.

We also did a week-by-week comparison on coronavirus developments in Luxembourg last weekend, which showed that the number of confirmed cases has fallen considerably on a weekly basis.