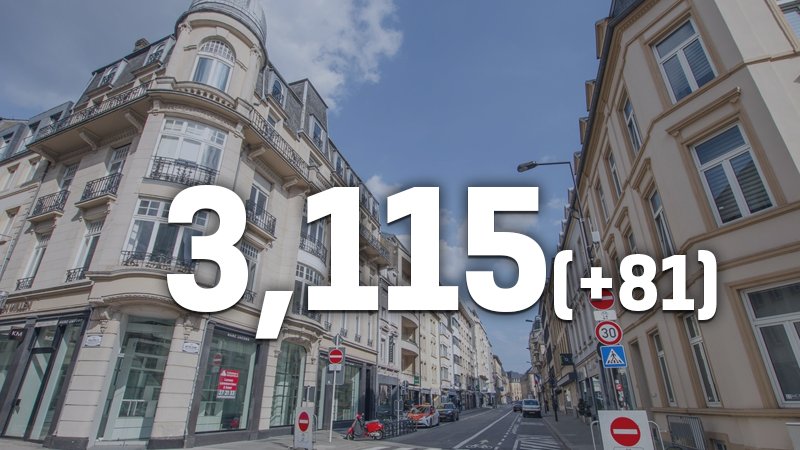 The Thursday evening update showed that another 81 people had tested positive for the virus, while the number of dead increased from 46 to 52. The number discharged from hospital also increased from 354, to 374.

The below two graphs provide an overview of the development of new cases in Luxembourg since the start of the outbreak. However, we have also put together an article and some graphs that provide a more positive look at the latest developments.