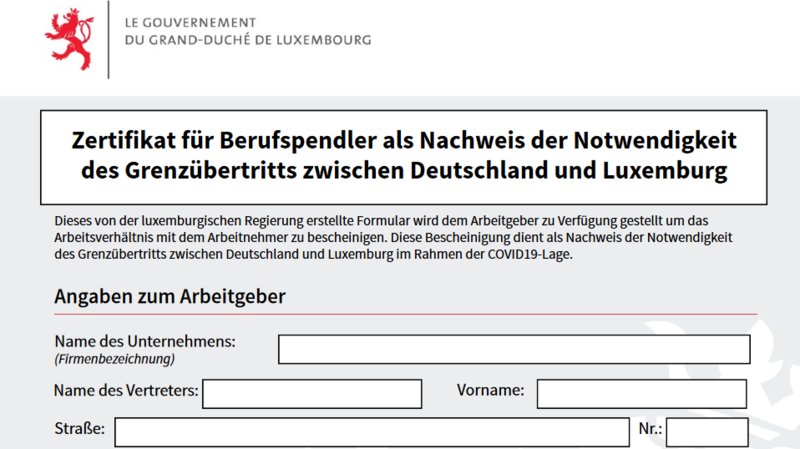 Unlike some other EU countries, Luxembourg has not shut its borders. While the border remains open, Germany has opted to reduce the number of people entering the country and tighten controls on those crossing the border.

German officials announced on Sunday that borders would be closing between France, Austria and Switzerland.

Although the Luxembourgish border is technically open, passage will be restricted to cross-border workers only following a joint decision between Luxembourgish and German officials on Sunday night.

Saarland agreed to close its borders with France and Luxembourg on Sunday night, according to Minister President Tobias Hans.

In order to cross the border, commuting employees will need to obtain a certificate from the government website.

The certificate will provide proof of the need to cross between countries, and without it, German police will not allow commuters to pass.