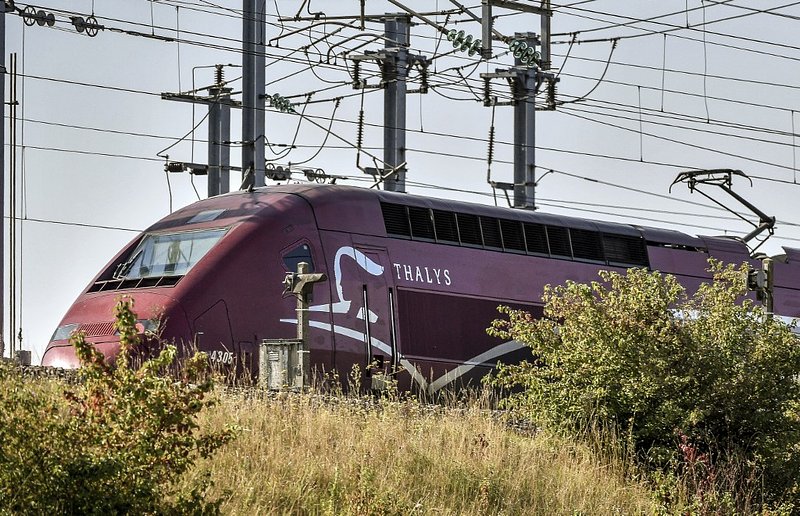 Several hundred passengers travelling on a Thalys between Paris and Amsterdam on Tuesday were stuck on the train shortly after departure - without AC.

Five minutes after leaving Paris, the train came to a standstill at a station in the suburb of Saint-Denis. Dutch broadcaster NOS reports that passengers were not allowed to open doors due to safety concerns, but meanwhile the air-conditioning had failed and the outdoor temperature was 40°C.

A video on social media shows a passenger forcing open a door, which keeps closing automatically. The man then proceeds by smashing the window.

I am in the #thalys from #paris to #Brussels close to #saintdenis @thalys_en @thalys_nl @NewsroomThalys can you please do something? People want to leave the train after 4h in the heat pic.twitter.com/hYJUAP0ngT

People outside on the station platform tried to help by attempting to throw water bottles through the smashed windows:

Passengers were finally evacuated at around 11pm, over three hours after leaving Paris. Because there were no more trains running that day, travellers had to spend the night onboard a sleeper train at Gare du Nord.

Thalys staff handed out water, snacks and blankets. Passengers were told that they could board the first Thalys early on Wednesday morning. The rail operator was difficult to reach on social media, according to passengers. It later said travellers will receive "exceptional commercial compensation" and apologised for the "exceptional situation".

The technical issue occurred due to the heat, according to a spokesman, with the train failing to restart.