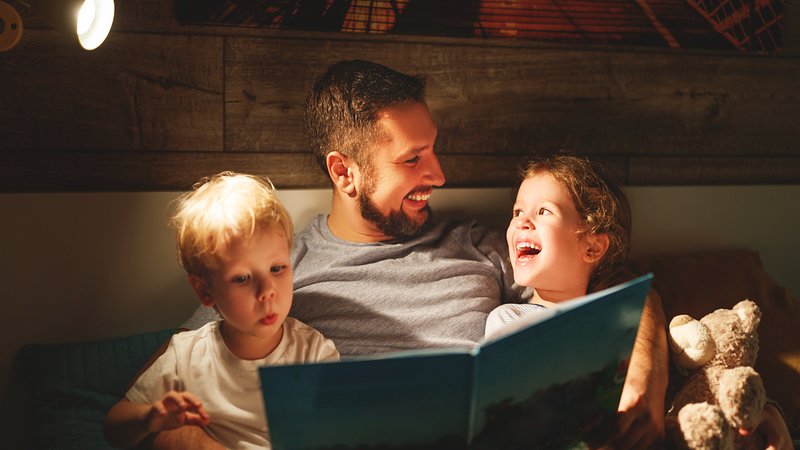 Admitting later that perhaps they’re too young to hear about such horrors, a local father has recounted to his children the spookiest bedtime story they’ve ever heard: about the time he found himself near the Gare after dark.

“So kids, I was new to Luxembourg, and I was supposed to meet some colleagues for dinner at a burger restaurant near Hamilius,” began Ian Whitely, 33, in a low voice. “But I took the wrong bus and instead of Boulevard Royal I ended up --”

“-- at the Gare!” he shouted as his son and daughter gasped.

He got off the bus, he says, figuring he could just walk, but before he knew it he was lost in a labyrinth of dark alleys and side streets. He went on to describe a dim stoop where he noticed four people who appeared pale and rather unwell looking hungrily at him.

“I feared they would lunge at me and go right for my jugular,” he said, baring his teeth. “That’s when one of them looked right into my eyes and --”

“-- totally left me alone!” he shouted, causing his six-year-old daughter to scream.

Then, in a voice resembling Count Dracula’s, Whitely explained how his heart was racing so badly he was sure the whole neighbourhood could hear it pounding. Suddenly, as if attracted to Whitely’s fear, he found himself on a street corner, surrounded by a group of menacing young men.

“They got within a couple of metres, not too close but not too far, a distance that was actually respectful of my personal space,” he said. “They followed me for what felt like the longest ten seconds of my life, whispering, ‘hey, psst, hey papi.’ When all of the sudden, the biggest and scariest one among them --”

“Wished me a good night and walked away because he saw I wasn’t going to buy any drugs!” Whitely shouted as both kids dove under the covers.

After the long, frightening ordeal, Whitely says he found his way to the stately homes of Boulevard de la Petrusse and was able to cross the Pont Adolphe to safety. However, just as he thought the nightmare was over, something truly horrifying occurred.

“I got to the restaurant and looked through the darkened windows,” he said, his children hanging on his every word. “But it was all empty and locked up, and that’s because --”