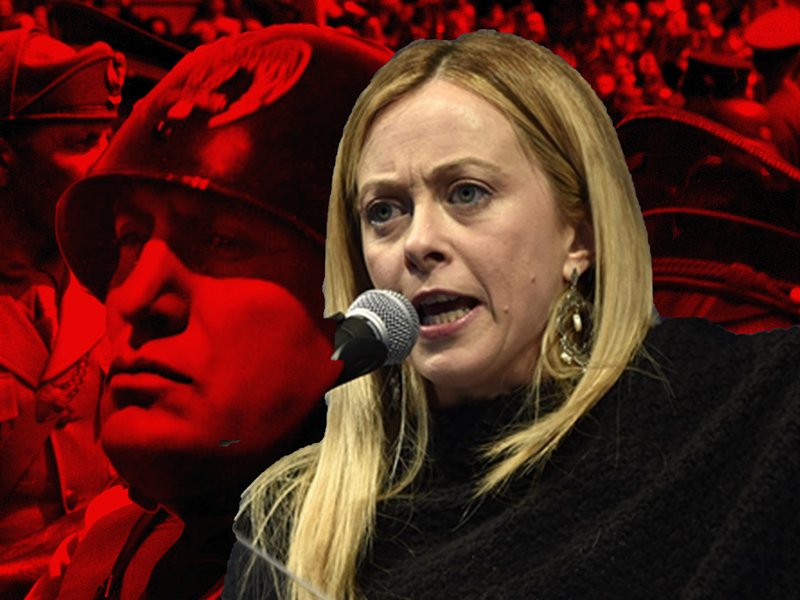 The result in Italy is seen by many as a disaster for the united Europe our forebears laid the foundations for. After showing disapproval, will our politicians find the bravery required to give us an alternative?

Today the enemies of Europe seem to be some of its very citizens who, with a sense of entitlement and sporting rosy lenses, looked to the past and fantasised of past-greatness. Golden eras that were never there in the first place, at least not for everyone.

But we all believe what we want to believe.

[Giorgia Meloni] has pointed the finger to...the architects of Italy’s misfortunes: immigrants and the EU, the outsiders.

The trauma and the pain of the war is fading as the generation that lived through it and the reconstruction that followed passes away. The sacrifices of those that came before us become distant, second-hand tales.

We, unhindered by the reality of war, look at black and white pictures of ‘the good old days’.

By capturing that sentiment, the captains of Brexit brought the United Kingdom out of the EU, promising their citizens to ‘take back control’.

The fantasies evoked during that campaign have since been unveiled.

Perhaps we have yet to apply the same self-criticism to ourselves on the continent, to look under the veil, and see how we have let fascism and the far-right find footing again.

The last decade has in fact seen the rise of the far right across Europe. From France, to Sweden to Belgium and Spain and most significantly in Poland and Hungary.

Meanwhile, the EU’s leadership has, at times arrogantly, ignored and misunderstood crucial issues. Some of the errors in judgement and a seemingly total unwillingness to admit mistakes has sowed distrust towards the Union from even the most-progressive of citizens.

And now Italy has chosen a post-fascist to lead the country.

If Giorgia Meloni doesn’t scare you, it’s because you haven’t been paying attention. The next Prime Minister of Italy is a Mussolini-praising post-fascist far-right leader.

She has pointed the finger to who she says are the architects of Italy’s misfortunes: immigrants and the EU, the outsiders.

She has praised who she says are the misunderstood and undervalued: her ‘Brothers of Italy’, the victims. She’s separated us vs. them.

She’s promised national restoration, against those who 'stand against her nation', who are coming after traditional family values. She’s told her followers, they need her. All in fascist fashion.

What will other European leaders, who are not inclined to congratulate this moment, do to ensure they fight against the rise and spread of fascism and the far-right?

Philosopher Santiago Zabala thinks Europe should confront the growing far right movement with left wing populism. I’m inclined to believe that it must also be the centre’s and the right's responsibility to distance itself from the far-right, that stretches further and further right.

Parties and politicians across Europe should look inside their rooms, take responsibility, and bravely position themselves away from the easily-sold lies of the far-right that promise a ‘return’ to a better ‘past’ and the comfortable vote-grabbing headlines they have sought to capture their fellow citizen’s imagination.

Where the far-right emerged offering the illusion of an alternative to governments that they said ignored the needs of the people, the parties in the rest of the spectrum must communicate the truth, Europe’s declining role in the world, and how the European Union attempts to mitigate the loss of national-strength amongst the small nations of Europe, by propping up our position in the world. To offer hope, by communicating it as effectively as those in the far-right. And with respect to our fellow citizens, who are often only treated to mindless slogans.

Fascism is back. But the world moves forward, as every society has done before us, with everything that moving forward means and brings. And yes, our cities will only become more diverse, like they always have.