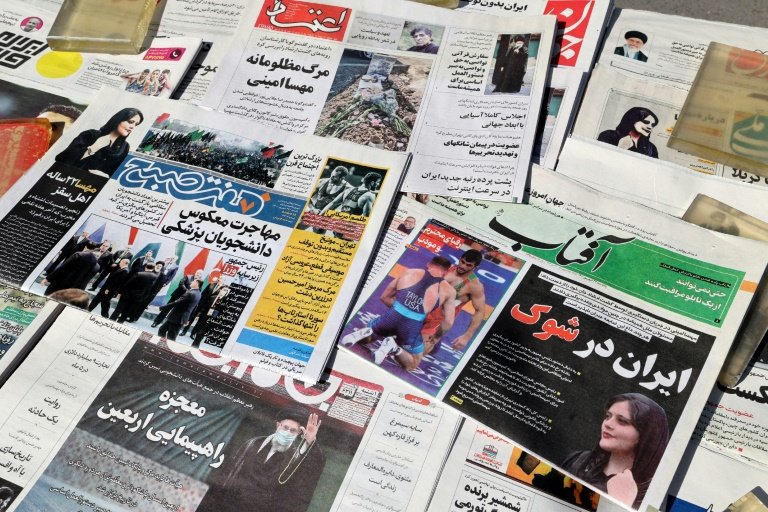 Protests in Iran are growing and so is the media coverage. But we, the Western media, need to ensure that we focus on the right issue here.

Like the rest of the world, I have been following the events in Iran pretty closely. At the time of writing, 36 people have died in protests over Mahsa Amini's death.

Amini, aged 22, died last week after being arrested by the Islamic Republic's Guidance Patrol - more commonly referred to as the 'morality' or 'fashion' police - for allegedly wearing a hijab headscarf in an 'improper' way.

According to eyewitnesses, Amini's head was hit against a police car
while she was being beaten by the Guidance Patrol. She died in police custody three days later, due to bleeding on the brain and a stroke.

Now that the protests are growing, Iran has shut down the internet in parts of Tehran in an attempt to control the dissemination of news, which has spread mainly through social media platforms such as Twitter and Instagram.

Living in a world where we depend on citizen journalism, this is a kick in the teeth of free speech and democracy. Values the country does not seem to care about. And while not a totalitarian system, with some traces of democracy, one could argue that the Iranian regime is nevertheless authoritarian.

The regime is actively controlling people's personal and non-political affairs. With the most prominent example being women needing to dress modestly in public.

And this is where the Western world gets it wrong. For many, the requirement to dress modestly is not a symptom of a regime that does not care for basic human rights, but a symptom of a religion that they see as oppressive.

It's not about the hijab, but about the fact that Iran is practicing a politics that does not allow people to choose for themselves

Madeleine Alizadeh, an entrepreneur from Vienna with Iranian roots, was asked in an interview if she was glad that she does not need to wear a hijab. Alizadeh highlighted this on her social media and argued that this is not the right approach when it comes to this conflict.

It's not about the hijab, but about the fact that Iran is practicing a politics that does not allow people to choose for themselves if they want to wear a hijab or not.

Alizadeh pleads for the public discourse to not transform into an anti-Muslim one, but to concentrate on the real issue in question: the Iranian regime.

And if you take a look back at Iran's history, you can see that until the 1980s, Iran was a completely different country. Before the Islamic Revolution, the women in the country were allowed to dress in Western clothes and choose for themselves if they wanted to wear a hijab.

This is the way it should be. And also evidence in itself that it's not the religion oppressing women. The country has never been the same since then.

On Thursday word got out that Iranian President Ebrahim Raisi refused to be interviewed by Christiane Amanpour in New York because she was not wearing a hijab. When asked to wear one, Amanpour politely declined because the interview took place in a country that does not have any law or traditions when it comes to wearing a hijab.

Amanpour, who grew up in Tehran, explained that she always wore a hijab in Iran when reporting, but that she would not cover her head when interviewing Iranian officials outside of the country. Something no other Iranian president ever demanded her to do.

The hijab has become an instrument in controlling women, even outside of Iran. We should therefore follow the advice of Alizadeh and see this for what it is: it's not about religion, it's about a political system exerting their power above basic human rights.