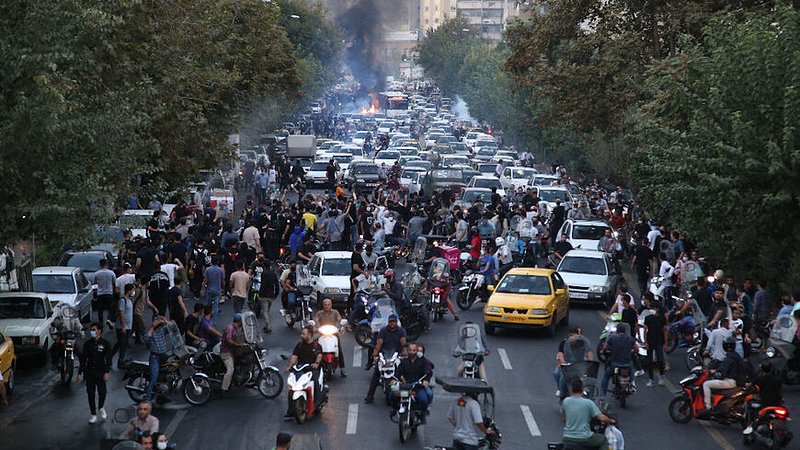 At least 36 people have been killed in an Iranian crackdown on protests over the death of Kurdish woman Mahsa Amini in police custody, a New York-based rights group said.

Amini, 22, died last week after her arrest by the Islamic republic's feared morality police for allegedly wearing a hijab headscarf in an "improper" way, and news of her death sparked widespread outrage.

The official death toll rose to at least 17 on Thursday, including five security personnel, but the New York-based Center for Human Rights in Iran said its sources put the figure much higher.

"On the 7th day of #IranProtest, officials admit to at least 17 deaths w/ independent sources say 36," the CHRI said in a Twitter post late Thursday.

Since Amini was pronounced dead on September 16, three days after she was arrested in Tehran by Iran's morality police, protests have spread to most major urban centres in Iran, including the capital as well as Isfahan, Mashhad, Rasht and Saqez.

"The government has responded with live ammunition, pellet guns and tear gas, according to videos shared on social media that have also shown protesters bleeding profusely," CHRI said in a statement.

In response, security forces have fired at crowds with birdshot and metal pellets, and deployed tear gas and water cannon, said Amnesty International and other human rights groups.