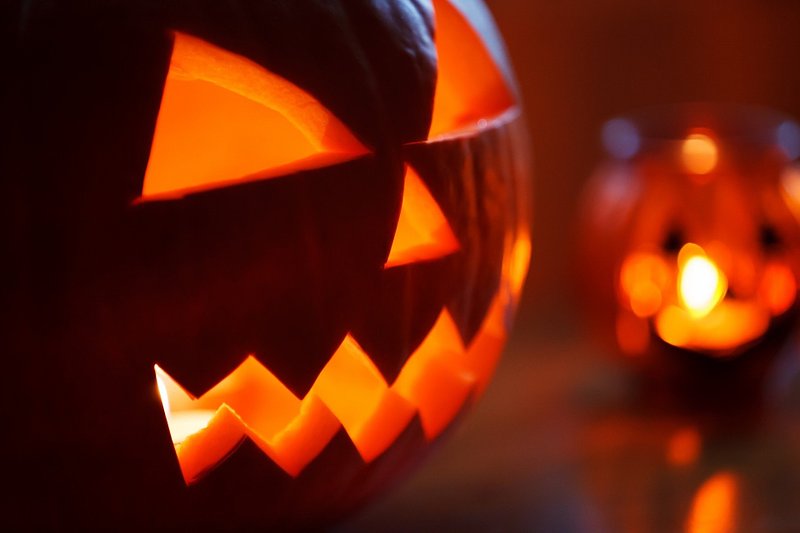 Every year, Halloween rolls around, and every year, you can count on certain people lamenting the 'Americanisation' of our culture and mourning the demise of local traditions. Can't we just celebrate our equally non-sensical holidays in peace?

When I was little, my mother used to stock up on sweets every year around late January. Quite unusual for our household, as we generally never had many sweets or other sugary snacks at home. But this time of year was special because in the evening hours of 2 February, children would go from house to house, showing off their self-made or store-bought lanterns, and sing the traditional Léiwer Härgottsblieschen… in the hopes of snagging some chocolate bars.

However, in the past few years, it has become apparent that the tradition seems to have lost a lot of its appeal, at least in our town. In fact, I've not had anyone ring my doorbell on 2 February in the past two years or so, and my mother has stopped buying sweets altogether because she knows that they would just go to waste.

Now, knowing all of this, try and imagine the bewilderment on my mother's face when suddenly, children increasingly started ringing her doorbell on 31 October instead. I can tell you that once she figured out what was happening, bewilderment quickly changed to anger and ended with her proclaiming: "If they want sweets, they should come on Liichtmëssdag!". She refuses to open the door to anyone on Halloween to this day.

What this short anecdote shows us is that there is no denying that quite significant societal changes are taking place in Luxembourg. The popularity of Halloween has increased substantially over the past decades, and you can't really 'blame' the younger generation for that.

The large majority of films and series we watch nowadays comes from the USA, where Halloween is a major event. When I was a teenager, sitcoms like 'How I Met Your Mother' were at their peak and a lot of them regularly featured Halloween themed episodes. And, of course, there is a little something called the internet, which has also contributed to popularising American traditions abroad.

Children's TV shows are no different: Many of them come from the States and are translated for local audiences. Is it really that surprising, if children grow up watching other children dress up in spooky costumes and go from door to door on Halloween, that they then might want to do that too?

But there are two sides to this coin: While this may give somewhat of an answer as to why Halloween is becoming increasingly popular, the other question is why some traditional holidays, like Candlemas, appear to be on a slow, but steady decline.

Personally, I remember that I never really had much of a connection to Candlemas. For one, I flat out refused to tingle around our neighbourhood – however, this may have had more to do with me having been an extremely shy and socially awkward child.

We did have events around Candlemas at school, which included crafting our own lanterns and singing the traditional song together. However, that was basically already it. What Léiwer Härgottsblieschen even means, who this Saint Blaise dude was, or that the event had any religious link at all, these are all things I only stumbled across later in life.

People sometimes wonder why holidays like Halloween or Christmas are so "big" compared to other ones, and we have partially touched on that in the previous section. There's simply so much to these holidays: There's decorations, lore, stories, music, films, food, drinks…

In comparison, something like Candlemas is, at best, a C-tier holiday. The only thing it has going for it, and probably the reason why it has survived for so long, is that the Catholic Church pushes the celebration of the holiday.

When I was at school, we still had compulsory religious studies. And while later in secondary school, I actually had great teachers who approached the subject from a more academic point of view, in primary school, the class was exclusively taught by church-approved catechists. Besides bible study, all public holidays with a religious connection (which is nearly all of Luxembourg's public holidays) were celebrated during these classes. And the cool thing about organised (western) religion is that there's no need for explanations: If the church tells you to celebrate something, you just do it.

There is nothing tragic about change

So, are the eternal doomsayers right? Should we throw our arms in the air and wail in desperation as the Grand Duchy faces its apocalyptic demise because some kids are now collecting their sweets in October instead of February?

First of all, I don't think that Candlemas will actually die out completely any time soon. What we may start seeing is a sort of 'hybrid' phase, with some children continuing Candlemas, while others may lean more towards Halloween.

The truth is that change is at the core of life itself. Nothing lasts forever and every beginning carries its end within it. Holidays and celebrations have come and gone before – or are you still sacrificing a goat in honour of some river god in your broom cupboard?

At a certain point, it is worth asking why we forcibly cling to holidays like Candlemas, if younger generations have seemingly already started to move on from it.

And would it really be so bad if Halloween became a more established holiday in Luxembourg? As discussed before, Halloween is highly popular across many different cultures, it has a rich lore, and endless amounts of related content to offer, and it is quite secular in nature.

It's a holiday anyone can participate in, whether they grew up in Luxembourg or only just moved here recently. And, to me perhaps the most interesting feature of Halloween: it is easily adaptable. Why not use Halloween to promote Luxembourg's very own eerie tales and spooky legends?

In the end, it might do us some good to consider why we look forward to certain holidays. Is it because of the abstract concept behind the holiday? Or is it because they are an occasion to get together with loved ones, celebrate, and really enjoy ourselves?

So, don't let someone else ruin spooky season for you. I say, go ahead and have fun. Just make sure to check under your bed tonight – you never know around this time of year…