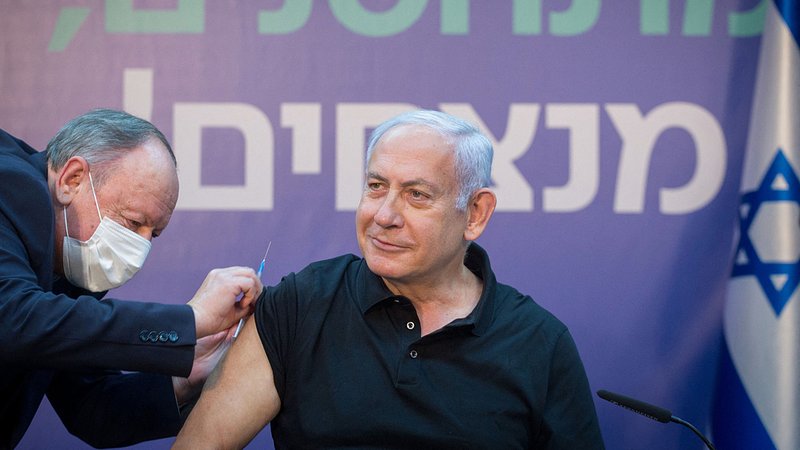 He laid out the arguments for this policy and while he did criticise certain elements – mainly communication issues - he was mostly positive: the government took the right decision. I disagree.

The government announced on Thursday that some of the reserved second AstraZeneca shots will be given out in order to accelerate the vaccination campaign. Despite being a welcome step, it barely scratches the surface. The decision to reserve second jabs in the first place makes sense under one caveat: we know supply will run dry, and it will do so virtually overnight.

Manufacturers officially recommend a delay of 3 (Pfizer-Biontech) and 4 weeks (Moderna) between shots. Trials have shown that AstraZeneca’s efficacy is boosted by a longer interval, from 4 weeks to between 8 and 12, which is why Luxembourg has also chosen to extend the gap between doses.

Although the EU has indeed been experiencing significant supply issues, it was always unlikely that we would have no vaccines to go around after a 3-4 week period. In fact, supply is currently very low, but it is already higher than it was a month ago, which was higher than the month before that. Supply will only increase in time as new vaccines are approved – Johnson & Johnson has applied for EU approval - and production capacity is ramped up – a purpose-built plant to produce additional Pfizer vaccines is now up and running. 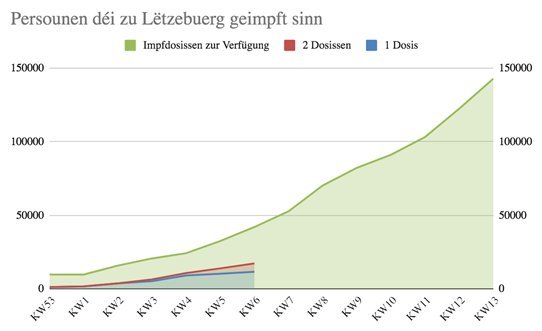 Despite lamenting the low supply as the government routinely does, one should also point out that it is not administering what it could. Recent figures published by the health ministry suggest it is using about 60% of available supply - that’s doses that have already been delivered. The remainder are jabs that are not reserved but are sitting unused in refrigerators hoping eligible people who haven’t made appointments yet will do so or waiting for the government to contact eligible people in the first place. The government says it is not bunkering vaccines. If not using unwanted vaccines doesn’t fit that description I don’t know what does.

The government’s striking lack of urgency – it has to be said – is a slap in the face for all those who are desperately waiting for a vaccine and are eager to take it. And that’s not just people who want to go back to the pub. Elder citizens want to feel safe seeing relatives and going to the supermarket. Living with the fear of contracting a potentially deadly virus is not just a mere inconvenience.

Early caution was understandable, but that doesn’t make it a good policy

Given the fiasco that the EU’s vaccine acquisition has been, the government thought it could, politically, ill afford a situation in which no second jabs were available. 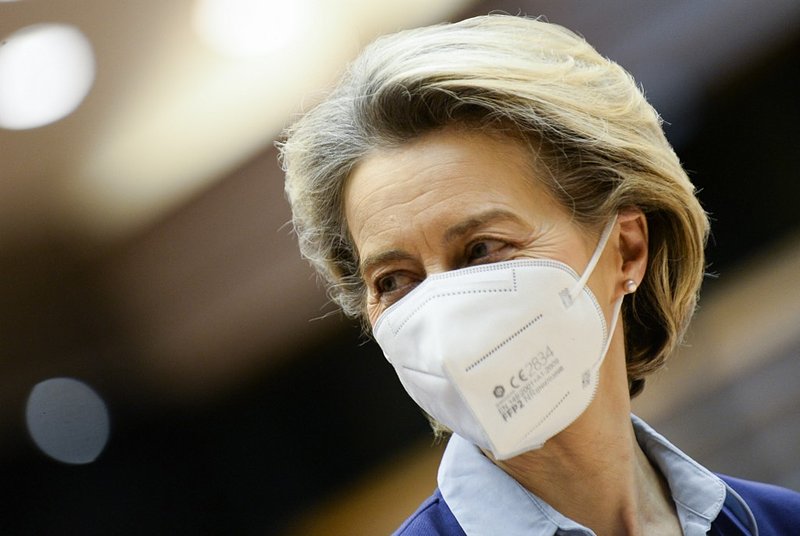 However, that is the very goal of some countries – those significantly further up in the ranking. Britain is dishing out as many first jabs as possible, which helps explain why it is seemingly light years ahead of the EU. 1 in 4 Britons has received a first jab. In the EU it’s barely 1 in 20. EU leaders, Malta and Denmark in particular, are doing the same. Malta, a country of a similar size to Luxembourg, has jabbed 15 in 100 people compared to the Grand Duchy's 5 in 100. The flip side of the coin though is that fewer people will have the immunity that two shots offer. For example, France, despite having administered a whopping 14 million fewer first doses, has actually given out 500,000 more second doses than the UK.

The British government, as so often, gambled, hoping that one shot would provide a meaningful protection.

The idea behind delaying the second jab, however, is blissfully simple: it is to offer as many people as possible some immunity rather than none, which is what 95% of Luxembourg’s adult population currently have. It has to be said that that was initially a risky, perhaps even a reckless strategy and was borne out of sheer exasperation rather than scientific advice. The British government, as so often, gambled, hoping that one shot would provide a meaningful protection.

It got lucky. Studies have now vindicated that decision. A single shot of the Pfizer-Biontech serum, which makes up a significant share of Luxembourg’s supply, offers 85% protection. Two jabs get it up to 95%. For reference, two shots of AstraZeneca offer “just” around 70%. You do the maths.

Admittedly, efficacy numbers are often misleading, and weighing them up is a discussion in of itself. In short, vaccinated people can and will still catch Covid-19. The main take though is that in an overwhelming majority of cases, all vaccines, whether one shot or two, prevent the worst cases of the disease, those that overwhelm ICUs and, ultimately, prove fatal.

What else could be done?

That begs the question why Mme Lenert isn’t changing tactics with the benefit of that new discovery. If the aim is to get vulnerable people vaccinated sooner rather than later, then it would only make sense to jab away with the Pfizer serum and delay the second dose until all vulnerable groups are covered. Isn’t some immunity better than none? 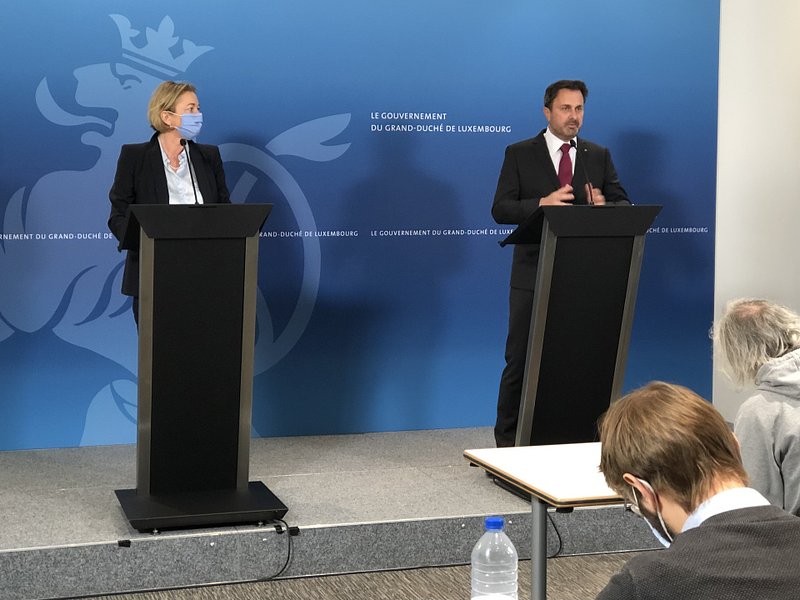 A second aspect that the government is considering in order to speed up vaccinations is people who have already had the illness and thus have anti-bodies. One vaccine shot may be enough to provide the full protection that two would offer. At least that’s the recommendation the French government has now issued. However, the number of people that are eligible for a vaccine and have had Covid is tiny.

What the government has only very recently woken up to is the impact of new viral variants on the vaccine rollout. The AstraZeneca serum has already proven less effective on the South African strain. Studies are currently being done for other vaccines. The EU Commission announced last week it would seek quicker approval for booster shots. This suggests that reserving second jabs may be futile if people need a booster shot for new variants at some point anyway.

Why is the government so reluctant to quash the second jab reservation?

The answer to goes beyond supply issues. On one hand, the Luxembourgish government as the French and so many others in Europe are wary of anti-vaxxers. They believe that an expedited trial and approval process was all their sceptical population could stomach. Going against manufacturer’s advice to delay second jabs may turn too many away from a life-saving jab.

Anti-vaxx feelings are in sharp decline but still run high in Europe, so that argument deserves consideration. Yet, the Luxembourgish government seemingly didn't give it any. If it was so concerned about vaccine skeptics, I can’t help but wonder why there was no meaningful public awareness campaign to combat those attitudes at the end of last year. Vakanz Doheem was ubiquitously advertised. I am yet to receive a brochure explaining how the vaccines were developed and trialled, how they are rolled out and administered and how they work.

Another way of tackling anti-vaxxers is to let the numbers do the talking, and in Israel they are screaming. Hospitalisation amongst over 60-year-olds are down 60%. A breath-taking 90% of the adult population have had at least one shot. A third of the entire population is fully vaccinated. There is a noticeable decline in new overall infections and the country has lifted restrictions for vaccinated people. Will people still refuse a vaccine when they see it is actually saving lives and allowing others to creep out of lockdowns?

A second argument that I have heard for sticking to the second jab policy is perhaps the most frustrating one: we love following rules. It is in our DNA. One joke goes this way: “What’s the best way of making a German take the vaccine? You tell him/her it’s mandatory”. Luxembourgers are not Germans of course but in this regard I think there are similarities. If a manufacturer says 4 weeks, we will stick to that, come what may. This isn’t just dogmatic, it is testament to a lack of flexibility.

Of course, manufacturers know their vaccines better than any ministry will, but they don’t know it all – they couldn’t. Israel received preferential treatment from Pfizer partially because it allowed them to access patient data in order to track the efficacy of the vaccine. As manufacturers gather more data, new findings will emerge. The 85% efficacy for one shot is one example.

Supply in the EU is still frustratingly patchy and Luxembourg isn’t using enough of its available stock.

The government should show some flexibility and act on those findings. If the second jab isn’t put aside (or if only a tiny fraction is), we could instantly vaccinate almost twice as many people as we currently are with the Pfizer serum. It wouldn’t solve all of our problems overnight – supply in the EU is still frustratingly patchy and Luxembourg isn’t using enough of its available stock - but it would offer at least some immunity to as many vulnerable people as possible in a short period of time. Protecting those people is the main reason for having burdensome lockdowns and social-distancing measures in the first place. Immunising them as quickly as possible should be a priority, too.

Make no mistake, delaying second jabs beyond the manufacturer’s recommendation in the UK or Israel was born out of desperation. But that doesn’t invalidate their current success. Quashing the reserve-second-jab policy, however, takes what I presume our government is in even shorter supply of: decisive action.

It is more convenient to appease people by citing guidelines they had no say in making rather than trying something different that they would then be held accountable for. I should also say that the EU negotiated manufacturer liability, which also explains why some member states are reluctant to go against guidelines. It offers political and legal cover but doesn’t do much for people who are desperately waiting for their jabs.

Perhaps the government will change its mind when deaths go up and infections continue to rise, curtesy of new variants, as Luxembourg’s Covid task force recently modelled. Lenert's recent decision to reduce some of the AstraZeneca reserves was made in light of a sharp increase in cases. Many more weeks may be wasted until the reserve-second-jab policy is scrapped altogether. If that decision is ultimately taken it will be the virus that takes it for us.

Frankly, that’s not good enough. Reserving the second jab was overly cautious, now it’s indefensible. It’s time to get a grip, Mme Lenert. Vaccinating people is a race, so give out as many first jabs as possible. Some immunity is better than none.