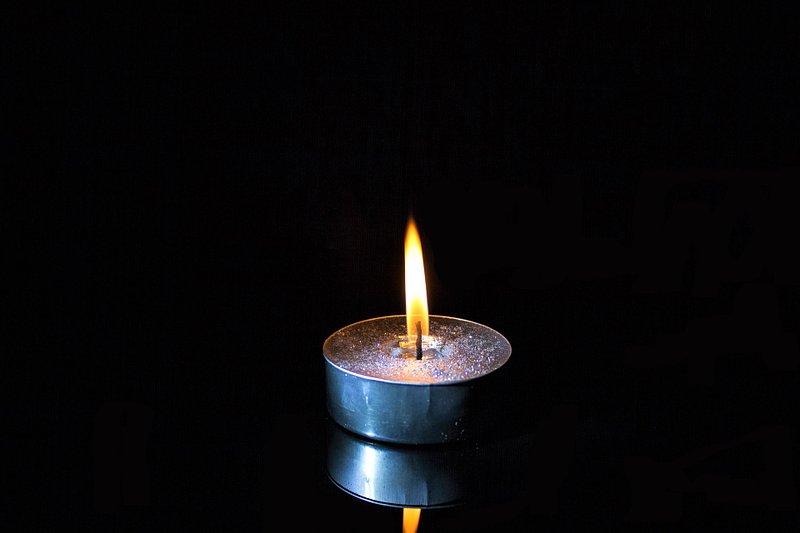 The number of people who have died from Covid-19 has become so high that our minds sometimes struggle to process the very real, human story behind the cascade of statistics trickling down on us each day. A few thoughts on the meaning and importance of death, dying, and grieving in times of pandemic.

I recently received a message from a friend, informing me that someone I had known for a long time had passed away in a car accident. While we were not necessarily "close" friends, I did see this person from time to time, usually in one of our local bars where we would drink some wine together, back in those careless pre-pandemic times.

The message informing me of this person's death came with a link to an RTL article about the accident. In my role as one of RTL Today's translators, I regularly translate articles just like this one for the site. It was a strange and somewhat uncomfortable feeling to read this text and know the person respectfully hidden behind the anonymised description of the incident. I was glad that I was not on shift that morning.

I am telling you all of this because such an experience of death is very immediate. While tragic, a death like this is fathomable to our minds, we feel the loss of life, we grieve, we reminisce, and we suddenly become more aware of the preciousness of our own lives that we continue to live.

Processing this incident has made me think about grief and mourning in this ongoing pandemic. Questions started to pop into my mind: What is the reality behind these numbers we read and hear every week? How exactly are people dying? How do we deal with this immense loss of life?

I. Death and dying during a pandemic

Times of pandemic are almost automatically times of crisis as well – something which is completely understandable and reasonable. However, the focus usually lies on protecting the living, ways out of the crisis for the living, life after the pandemic – for the living.

While many of us debate how and when we should return to "normalcy", those of us who will be able to enjoy this freedom become fewer and fewer every day. People are dying. Every day. And not just some. They are dying by the hundreds, or thousands even.

Death during the pandemic has many different faces. Those dying of the virus itself may experience traumatising deaths, as the disease affects the respiratory system. By now, most people are aware that having to go on a ventilator is far from a comfortable experience. There is a reason the "breath of life" is such an established metaphor – a disease that attacks your ability to breathe is directly attacking your primary – and maybe most intimate – tether to life.

However, perhaps the cruellest part of dying during the Covid-19 pandemic is the isolated and lonely nature of most deaths. Due to the highly contagious nature of the disease, loved ones are often unable to properly say goodbye to each other. Sometimes, restrictions can prevent us from grieving even after someone has died, as was recently the case for Liverpool FC manager Jürgen Klopp, who was unable to travel to his own mother's funeral in Germany due to travel restrictions.

Covid-19 can also make other bereavements even worse than they already are. Rituals and ceremonies are supposed to serve as "safety nets" for grieving family members and friends, but many of them have been severely affected in recent times. Saying goodbye to a dying relative through a computer screen, missing the chance to say goodbye to one's own mother because of confusing visitation rights, funerals masked and/or at a distance and "drive-by" wakes… the reports and images can be gut-wrenching. In a particularly heartbreaking interview with the newspaper "The Irish Times", one mother tells the story of how she and her partner lost their one-year-old baby to Krabbe disease in March 2020. One way she tried to cope with the loss was to come up with an "escape plan" with her three-year-old daughter, who loves to take trains, busses, or any other form of public transport. Then, coronavirus came, and the plan was rendered impossible by travel restrictions. Grieving during the pandemic is, as she puts it, "a special type of hell".

Reading stories like this is important in order to not lose touch with the devastating reality we are living through right now. Even more so as the raw numbers have become too high for our minds to fathom.

I think that it is important that we at least try to understand the actual magnitude of this loss, the real extent of the emotional pain. So far, we have not done so collectively, with the government rejecting a petition at the end of 2020, which had proposed to hold a minute of silence on 31 December. Instead, the authorities plan an official tribute to the victims of Covid-19 on this year's National Day, most likely in the form of a minute's silence.

Since the details of this tribute are still being worked out, I want to take the opportunity to suggest that the commemoration should include some form of a visual representation of the number of people who have lost their lives to Covid-19. In Luxembourg, we have lost just over 600 people to the pandemic so far, a number which again, may already be too high for our minds to properly process. Lights or candles could help bring these losses closer to our hearts. The event could even actively involve residents, as the commemoration organised by the Joe Biden Inaugural Committee in the United States did.

This Tuesday, January 19 we are bringing Americans together to honor the lives lost to COVID-19.

Light a candle in your window for our nationwide moment of remembrance.https://t.co/B8aQfJyJJl pic.twitter.com/MTLxOb3VQA

In an interview with truthout.org, philosopher Judith Butler discussed mass death and mourning, pointing out that the pandemic had exposed a "global vulnerability" with the latter not just referring to the possibility of physical harm, but above all to "the porous and interdependent character of our bodily and social lives". Their answer regarding what it means to mourn mass death is, in my eyes, so on point that the only way I can do it justice is to include the full, unabridged quote:

"(...) Learning to mourn mass death means marking the loss of someone whose name you do not know, whose language you may not speak, who lives at an unbridgeable distance from where you live. One does not have to know the person lost to affirm that this was a life. What one grieves is the life cut short, the life that should have had a chance to live more, the value that person has carried now in the lives of others, the wound that permanently transforms those who live on. What someone else suffers is not one’s own suffering, but the loss that the stranger endures traverses the personal loss one feels, potentially connecting strangers in grief. (...)"

Recognising death and the pain experienced by others is a fundamental and radically human act. Our own mortality is at the core of the human experience, it is the most basic aspect that we all share. A life built on the awareness of death is a life lived to the fullest extent. Collective grieving has the power to make us less selfish, more altruistic, and can help us focus on what is actually important in these difficult times.