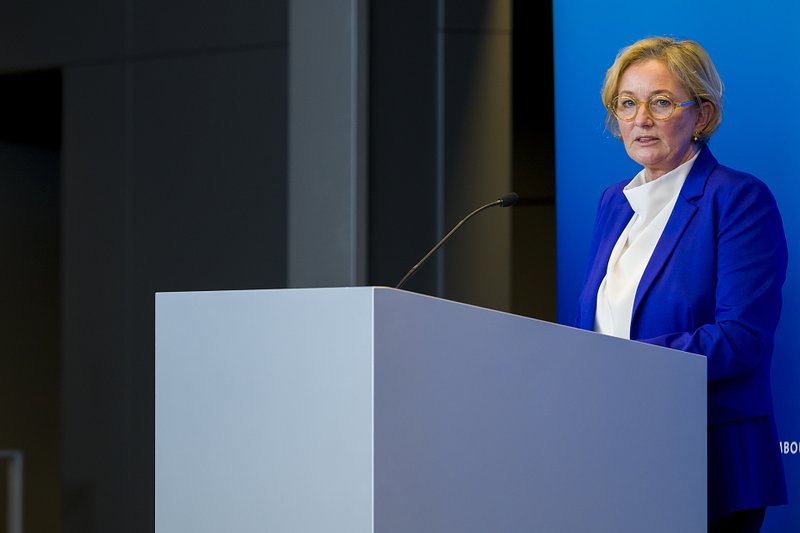 While there have been flaws in the government’s vaccination campaign, the overall strategy to guarantee a second jab is clever, Josh Oudendijk argues.

The public’s frustration with Luxembourg’s slow vaccination campaign is not surprising. As of Tuesday, 14,089 people had received their first jab, while 4,050 have come in for their follow-up shot. Overall, only 4,050 people are fully protected against Covid-19, most of them health care and care home staff, as well as the elderly and most vulnerable. This number translates to roughly 0.64% of the Grand Duchy’s population. It also lies below the EU average: combining both doses, Luxembourg has vaccinated 2.8 residents per 100; the EU’s average is 3.85. Denmark is leading with 5.85 per 100. Meanwhile, the UK, which has just departed the union, is roaring ahead with 18.8 vaccinations per 100.

We have dedicated numerous articles on the subject, fact-checking whether it will take until 2029 before everyone is vaccinated, the supposed “slowness” of Luxembourg’s vaccination campaign, and how Luxembourg’s vaccination phases are structured. I’m not the first to opine about Covid-19 vaccinations and the government’s communication inconsistencies; Martin Jonsson and Yannick Hansen have done similarly. The Luxembourg media struggled to compile data on Covid-19 at first because the government had troubles reporting what we wanted to know. To this day, it has yet to publish a document containing the exact number of vaccines delivered so far, or a detailed timeline of when vaccinations will take place for which groups of people.

There is no point in rushing ahead with the national vaccination campaign and administering all available shots in stock when the deciding factor of whether the vaccine will work depends on the second dose.

So yes, there is plenty to criticise, and communication is one aspect of it. But when it comes to denouncing the pace of the rollout, there’s another side to the story, often overlooked by the public and opposition parties, but has been repeatedly emphasised by Paulette Lenert, the Minister of Health: the ability to guarantee and reserve the second jab for everyone who has already been administered the first dose.

There is no point in rushing ahead with the national vaccination campaign and administering all available shots in stock when the deciding factor of whether the vaccine will work depends on the second dose. Paulette Lenert said that the potential consequences of not having a guaranteed second dose of the vaccine could be worse than a slight delay in statistics. "Nobody has to worry. We're not bunkering vaccines and not using them, but we're making sure that everyone receiving their first dose will also get their second”, she stated.

And this is indeed noticeable with other countries. The public health agency for the Paris region reportedly told hospitals to halt first doses due to “extremely tight vaccine supplies”. In Spain’s Catalonia, shortages mean that 10,000 people who received the first dose will not get their second dose 21 days later as suggested. Over 2.1 million people out of Germany's 83 million population have received a first dose of the vaccine - but what if the next shipment does not arrive in time?

This week, Luxembourg should be expecting 11,700 doses of the AstraZeneca vaccine, but at the time of writing there has been no confirmation of this. These last-minute developments in production and transportation aren’t aiding a stable and fruitful rollout campaign, and minister Lenert is well aware of the risks of rushing ahead.

Read also: Vaccines: what they are, how they work, and whether to get vaccinated

Scientists have been hesitant about agreeing to an extension between doses. According to the European Medicines Agency (EMA), there is insufficient evidence to show that extending the gap between the two injections is harmless. Furthermore, there is also little data on whether a patient is fully protected if the second dose is administered later than three weeks prior to the first. Ideally, the BioNTech/Pfizer vaccine is administered 21 days following the first dose, the Moderna vaccine 28 days after, according to the producers’ recommendations. Another problem is shelf life: the Pfizer vaccine only lasts about two months. The Johnson & Johnson vaccine could prove valuable - it is the only vaccine available that requires one sole shot.

All of this is not meant to defend the EU’s slow approval and rollout (von der Leyen had said that the UK is Covid vaccine 'speedboat' compared with EU 'tanker'). It does make one wonder whether the EU-wide vaccine purchase slowed down national vaccination rollouts. Luxembourg, being a relatively wealthy country, may have been able to stock up on jabs quicker, but poorer countries would have been left out. The European Commission and von der Leyen's defenders say that if Brussels had not taken charge of coordinating vaccine policy there would have been competition between EU capitals.

The Commission largely blames these delays on producers, suggesting that some even sell EU orders to other countries behind their backs. BioNTech/Pfizer and AstraZeneca have both announced delays in their rollout and delivery while they expand production sites. So Luxembourg is smart to hold off and wait for delivery trucks to be on their way before sending out vaccination invitations.

So Luxembourg’s strategy to “wait and see” may not be so discouraging at all. As a resident of this country, I’d rather have my government guarantee me a second jab rather than rush ahead, only to notify me one month later that there’s no second round available. Imagine the political consequences then, not to mention what would happen to our health. Would you need three vaccines if the first expired? One way or the other, people will always disagree with the choices made. Yes, there are flaws in communication and data gathering, but this is a first-time pandemic: we’re all learning.