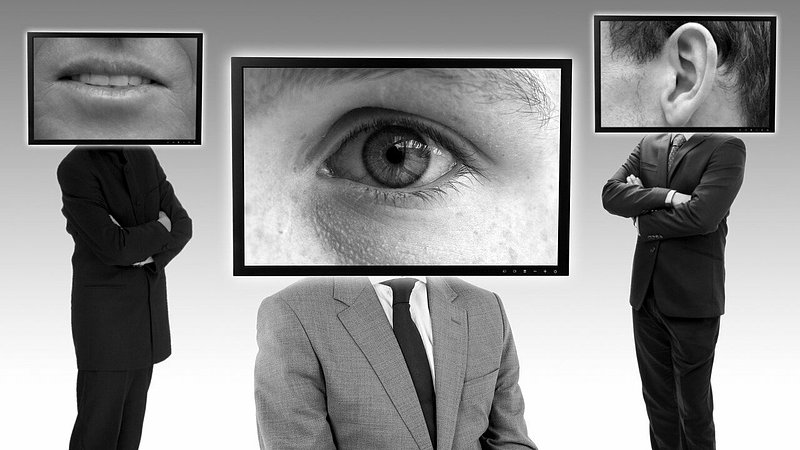 Is it the public's responsibility to report on those not adhering to physical distancing guidelines? Especially when wildly varying stories compete for attention.

We are now a month into the lockdown that cannot be called one, and there are still vagaries in regards to the social and physical distances we are supposed to keep.

The 'social' handle was dropped from the initial buzz phrasing, as it was said to 'encourage conviviality' rather than keep us separated.

Allowed group sizes went from 1,000 to 100. A hundred became fifty. Fifty to small groups. Groups to pairs. Pairs to only family members. 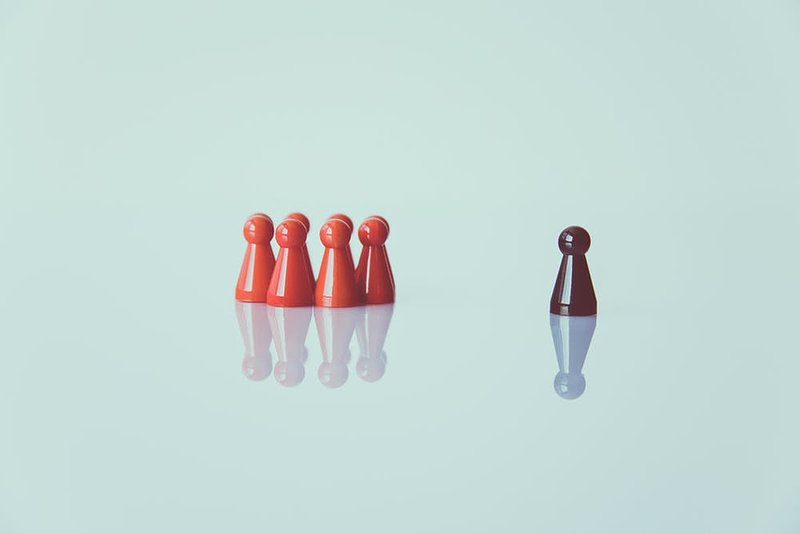 I've written before that suspicion is now cast more often than a die in a round of Descent: Journeys in the Dark.

These stay at home measures had already been attached to a warning that some may find it hard. Those with schoolchildren, those with limited space, those with psychological issues, physical impairments...those that are vulnerable.

Time at home, time to think

With the additional time at home - discounting home office stresses, and avoiding going down the rabbit hole of what additional time actually constitutes, the public were advised to use the time to plan, prepare and to above all help reduce the spread.

An off shoot of extended 'free time' is those that had little now have a lot, and as is the case with the perils of self-diagnosing, there are suddenly a great number of self-certified and largely unpublished scientists creeping out of the woodwork.

Brandishing graph-building apps and 3-D mask printing instructions, they leap from the web realms and take issue with fact and non fact. The whole swirling mess becomes a vortex of fact mating with fiction and 'factions' are the end result.

Not to put too fine a point on it, we are suddenly faced with the fact that we now are in far more digital 'contact' with those we would ordinarily physically avoid than we were at the start of the year.

It's no longer a case of keeping up with the Hoffmann's and now leans toward an unwelcome requirement to be keeping tabs on 'them next door'. Where are they going? Who are they seeing? How many of them are they?

Snitches get stitches and all, but in this instance, isn't it better to inform than not?

That depends on which side of fence you sit.

Psychologists have long advised us on the dangers of too much social media, of the hazards of the blue glow on our health.

Click here for the Ministry Of Health Coping Guidelines

Yet, as we are forced toward our screens with more frequency, there is a danger that we will be steered toward streams of thought as they are set to structured headlines and to specific typefaces, rather than making up our own minds.

Fake news is rife. And social media is riddled with it.

Misinformation litters the digital highways, even as the real world's reap the benefits of reduced traffic.

Trolls thrive on this. As do ignorant twonks who proudly laminate their troll tags and set about the interwebs with cloying commentary and clogging the clouds with continuous claptrap. 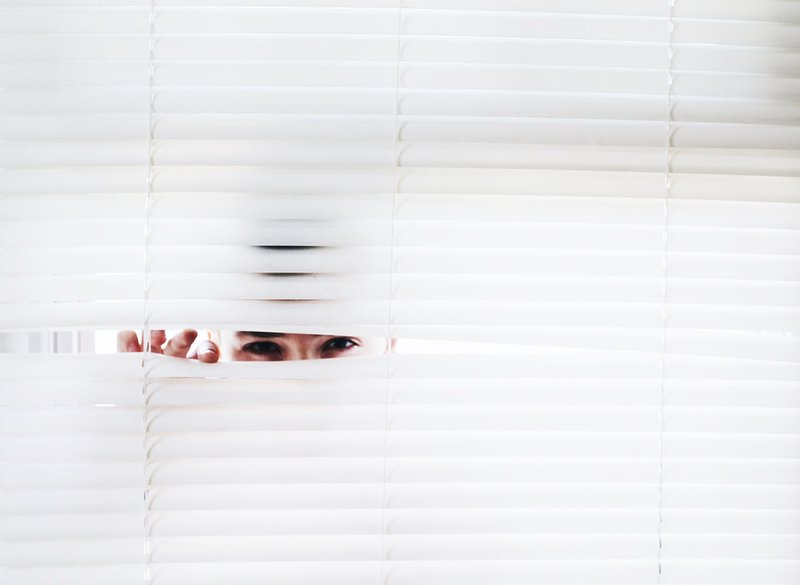 What has become steadily apparent, and this sample is small when considering the global issue, is that there is a rift appearing.

Social biases are seeping into general online conversations. It appears that folk are finding it harder to find a common ground when the grounds are near infinite.

You need not look far. Not least from your screen and through your neighbour's curtains.

But who are we to judge? Who are we to be jury of? Or rather, are we setting ourselves up as unwitting executioners?

As counter spread measures became stricter and the access to free movement reduced the population has been steered toward home living (politicians dallying in second home excursions notwithstanding) and into more interactions with their neighbours.

Those living in city centre blocks and/or sharing walls with said neighbours are not always going to see eye to eye. Or glass to wall. 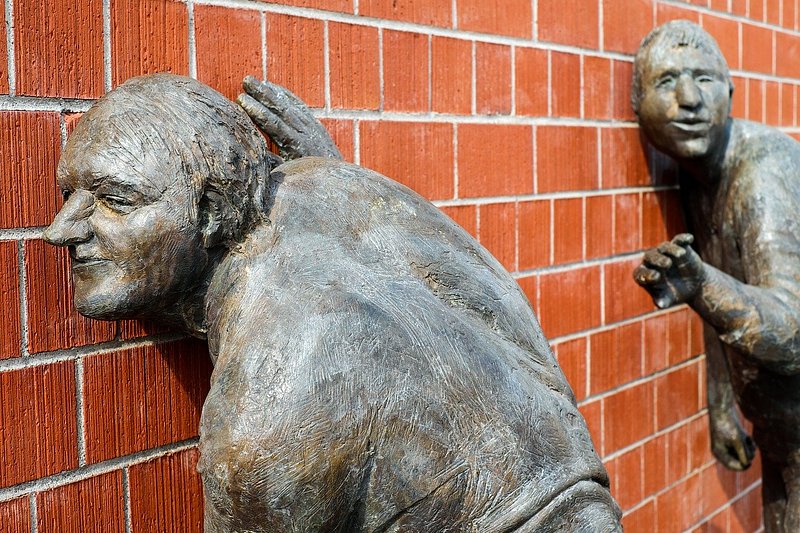 Twitching curtains will likely be twitched more rapidly where animosity has already sublet some square metres in your chosen living spaces.

But as news reports indicate there are plenty of people who feel the new way of living does not apply to them, so to does the feeling of animosity increase.

We are told that it will be the fault of those who do not adhere to physical distancing and self-isolation if the pandemic continues to run amok, despite the indications that things are slowing down.

Responsibility and good will

So how do you be a good neighbor AND a socially (nee morally) decent citizen?

The answer is you can't. Not wholly.

If your neighbors are acting the dick, then they have to face the consequences, right? It just so happens that in these newer conditions, nebbish (read knobbish) behavior has consequences far more serious than a bit of loud music and loutish vulgarity.

Even if you take away the more basic party tropes and simply apply the maths of 'the spread' to a BBQ or an innocent football match between mates, let's even say a surreptitious meeting of school friends wanting the dopamine kick from real interactions rather than blue tick action, the end result can, and will be, the further passing of or the continued infection of, this insidious virus.

When sloganeering is not for the sake of political  point scoring or, as some may try to argue, a case of extended populism but is rather centred on the very basic premise of saving lives...or, if not that, then at least reducing the amount of deaths, why is that so many people either count themselves as being above the status quo or as being of a higher standing than many 'professionals'?

The holier than thou

Many of these 'more intellectually gifted folk' mentioned above would outright claim that any attempt to moderate the spread of this virus was merely an Orwellian tool with which to beat the bleating population into a far more subservient state.

These commentators swiftly surmise and suppose that those wanting to follow the counter measures currently in place are merely being utilized as pawns in a tyrannical plot. 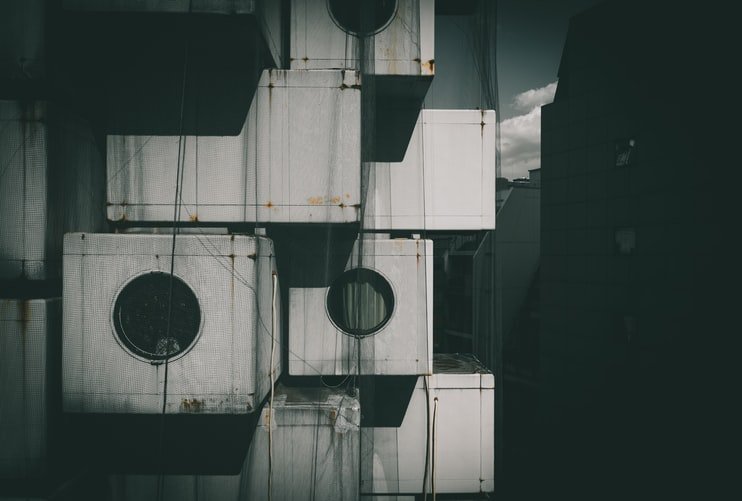 Latterly, those of a certain mindset are setting fire to the comments boards by suggesting that anyone who would deign to report people for ignoring counter measures are 'worse than those handing over Jews to the Nazis'...

I offer no apology to the archetypes who's words are reproduced here, you thought them, you typed them, you pressed enter, you did no delete them, now you can stand by them and you can  become accountable for them:

"probably also the same people who are morally 'correct and progressive' and call everyone a Nazi but under Nazi rule, they would be the first bootlickers around."

On the public who would report gatherings of people:

"Under tyranny there are two types of collaborators, the pragmatic and cowardly intent on surviving or even opportunistically ascending and these low-lives getting their rocks off using the apparatus of tyranny to settle scores and generally to sadistically subjugate others through proxy."

On those who do not keep quiet:

"Got love those brown shirt snitches!!!"

"...in Luxembourgish we call them Gielemännecher, yellow manikin."

A question of recognition

You see for me, there are cowards as they are clumsily described above and there are those that hide behind hollow words and a keyboard.

The inane volleys of piffle and paffle are fired off so thick and so fast, that it is as if they have such an insatiable state of neediness; where the only sustenance comes from a sense of shithousery so intense that the intrinsic self is reduced to aping supposed 'original thought,' that all good sense and good spirit dies a slow death.

Begin to tease and pull at the thinnest thread of logic sticking out from the above sweater vest of insufferable clownsmanship - that being the inability to recognise that the efforts to keep COVID-19 down are not to increase the amount of snitches - the stupidity is incredible. The irony is, these folk consider themselves 'super smart', their sneers from ear to ear so self-congratulatory that you can't help but wonder at how they are unable to see that those they intend to chastise and castigate are they themselves.

So swift are they to find other troubled souls in the chambers of the comments, and so fast are they to label 'others' as being the 'problem' they forget the 'cause' as they 'ECHO, ECho, Echo, echo' their way to the 'end of days'.

How the gap in logic between stopping a virus and handing a person over to be brutalized/murdered is beyond me?

How the jump from wanting to prevent (X) amount of virus related deaths by asking the police to investigate groups of people during a state mandated pandemic lockdown equates to sleeping with the enemy during WWII is obscene. Even Judas would baulk.

This 'war' to use their parlance, is against an indiscriminate virus, not a people, not a faction, not a creed, race, religion. Though it has and continues to take down our grandparents, our great-grandparents and the soon to be grandparents.

In other words, those that have been touched by and survived war times.

Nowhere else do we read such ratcheted hatred and let's hope it does not spread as virulently as COVID-19.

The authorities DO need to shoulder some of the responsibility. There needs to be significant change to the current guidelines.

There needs to be clearly identified cans and cant's (or our oft lampooned do's and don'ts, if you will). Action and consequence. It is no good to simply recommend anymore.

There's a recommended daily amount label on my cereal...guess how often I pay attention to that?

Being under totalitarian control is not what the people want. Nor should they.

Nor does the government.

Xavier Bettel is not going to demand MarstialLaw. We will not suddenly open a Purge (not without significant tax benefits anyway). But the government can only move in the lanes that its people participate in. If not, then there is no choice but to take on strong(er) armed tactics.

This is no way a call for a dictatorship in the sense that many will gleam from skimming the headers but with no clarity comes derision. From there division and when we are divided (socially/physically/ethically) we are no longer pulling together.

Of course, this may all be moot at around 6pm this evening when Bettel and Lenert address the nation with the Government's newest strategy adjustments.

There will always be the perma-aggrieved. That is a given.

The counter measures are best case, not a please all.

And so, if some jumped up keyboard jockey wants to label me a snitch for dobbing a group (let's for the sake of record say a half dozen) of teens pissed-up and smashing glass bottles on a cycle path, to the 'Man', then so be it.

If that action prevents one of the people in the village where I live from falling ill, then so be it.

Can I prove that those kids would be directly responsible for the virus being passed on? No, it is not that simple.

What can be proven is that it will be the selfish that cause more pain and suffering to the selfless.

I am no Saint, am a part-time sinner when the situation calls for it if the truth be told, but when is all said and done, the only way through this upheaval is to acknowledge that there's a huge responsibility on civic action.

We each have our part(s) to play.