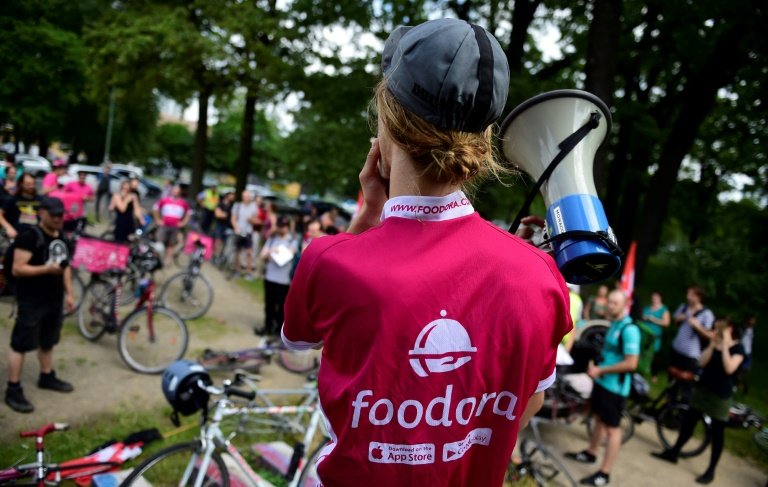 Coronavirus is taking a hefty toll on the gig-economy.

It's not easy being a freelancer. Long hours in (non corona-related) isolation, cash-flow struggles, sporadic work and lack of benefits. But at the same time it is a wonderful lifestyle too: flexibility, choice of clients, independence, exposure. Sometimes we choose to be a freelancer, sometimes we're semi-forced into it by life's turbulent path, but at the end of the day freelancers are hard-working people that deserve every bit of support from the government in a crisis situation like we are facing now.

Freelancers were right to be infuriated this weekend when the Dutch Minister for Economic Affairs Eric Wiebes suggested on national television that self-employed individuals/freelancers are responsible for dwindling income during the coronavirus period as it is their 'own choice and fault' not to be full-time employed. 'They took the risk themselves', Wiebes explained.

Clearly Wiebes has never been self-employed or he would not make such a patrionsing comment himself. Besides the fact that his political career abruptly ended the second he blurted out those words (there are 1.3 million freelancers in the Netherlands, convert that to a percentage of the voting population) a Minister for Economic Affairs should really know better than to make such a comment.

Sure, natural business cycles go up and down, but, unlike big companies, independent workers often don't have the financial means to shut down for three weeks. We are on the front lines of the outbreak, yet have the least protection against it. Luckily your editor here is also a journalist besides being a musician; this privilege allows him to report actively on the development of the virus, and be able to pay the rent. Others don't have that cushion.

Freelancers around the world are struggling to cope with the virus. Broadway is shut, tours are cancelled. 8% of Luxembourg's workers are self-employed and potentially in trouble. This may not sound like a lot, but just take a moment to think about the wedding photographers, dance school instructors, drivers, event planners, audio and light engineers, vendors, designers, journalists, musicians, hairdressers, tour guides, chefs, bar staff and all those not mentioned. All these people need to buy their own healthcare and come up with an own retirement plan. Freelance workers very often lack a safety net, one that larger corporations can pay for. Sick leave or time off? We just can't afford it.

But there is a new wave of performances and classes coming about: online. Fans are encouraged to keep buying merchandise (now that we're in self-quarantine anyway we might as well listen to all physical albums of our favourite independent musician - what's the rush? Got any plans?) and donate ticket refunds directly to the artist. Musicians are performing living room concerts and streaming them on Facebook Live. All in all that boosts the spirit, but unfortunately won't make up for all the losses.

It will be interesting to see what Luxembourg's government will do for those in this sector. There always seems to be enough money to bail out banks and keep the airlines afloat. When will freelancers receive a €10 billion support package?

Josh Oudendijk is a freelance journalist and recording/touring musician. He loves to travel, perform concerts and write on local and international matters.