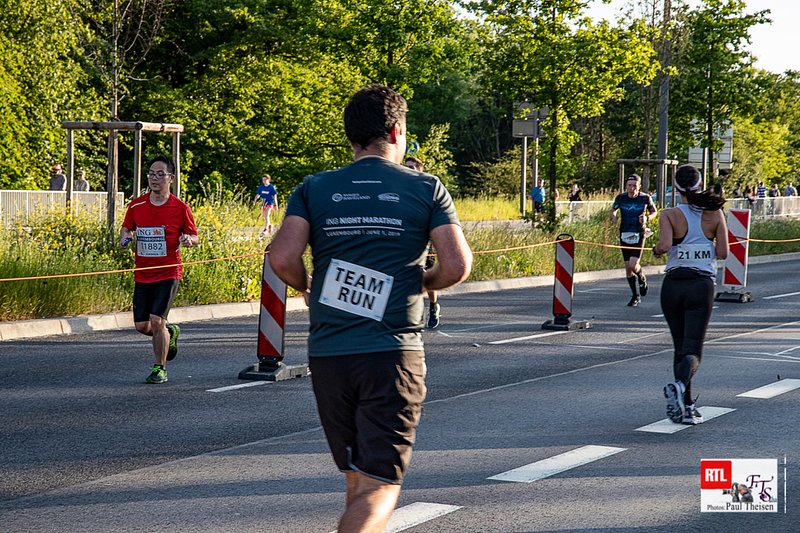 You may have noticed that people seem to spend more time out exercising, or walking their kids. They're (probably) not.

As you're out doing your regular exercise, you may have noticed that other people, are out in increased numbers moving their flabby post-winter bodies around - jogging, running (there's a difference- we all tell ourselves we're doing the latter, but really...), pushing strollers, going to the supermarket, et cetera, et cetera, et cheterah*.

Well well well, you tell (that rhymed) yourself, isn't that typical. The government imposes restrictions on our movements, and people get moving. Why the heck, you ask yourself as you jog past a jogger, can't people respect the rules?! Surely they must understand that a lockdown isn't an excuse to spend less time in the office and more time out in public. We should all stay home!

You're right, of course - we shouldn't be using this as an excuse to go outdoors and huff, puff, and something else that ends with uff and has to do with being out of breath. Spluff, perhaps? It's not a word, but it does sound vaguely like the sticky spit of a runner hitting the pavement.

But.. you're also wrong, I reckon. It certainly may seem like people are spending more time outdoors now that they're supposed to be essentially locked in their home — it certainly does to me, and, it seems, a fair few folk on social media. But are they actually? I'm not so sure.

It's quite probably mostly in your mind

The human mind has a funny way of finding patterns, even when and where there aren't really any to find. We're really good at it. Tell someone they're being stalked by people in red cars, and red cars will be everywhere. Do yourself a disservice and Google (Bing, DuckDuckGo, Ecosia, Yahoo, there are plenty of alternatives) 'targeted individual' and 'gangstalking', and you'll see what I mean. People are great at spotting patterns that aren't there.

Once you start noticing something, you'll see it everywhere. The moment runners/joggers/pram walkers become something for you to focus on, because they 'aren't supposed to be there', you'll pay far more attention to them. You might say it's a classic case of the Baader-Meinhof phenomenon, and you wouldn't be entirely (but partially) wrong. Once you see something once, you'll see it with disturbing frequency.

You wouldn't normally pay any attention to a runner, for instance, but once it's something worth paying attention to... you'll realise there's lots of them around. What you won't be do is sit back for a few hours, replay your mental VHS-tape recordings of the last year, and do a rational frequency comparison on how often you see a runner in daily life. If you did, chances are the results would show that the frequency hasn't really changed by much.

...because, why would a couch potato suddenly become a runner? We've all had experience with New Year's resolutions. They don't stick. Covid-19 resolutions won't be any different.

That said, your mind isn't the only thing to blame

I'm not going to place the blame entirely on your mind, though. I don't think that would tell the whole truth. I do reckon people prone to exercise may do so in public with a slightly higher frequency now. I, for one, used to go to the gym (once in a while), and play badminton (not to be boastful.. but I'm the RTL ̶To̶d̶a̶y̶ Badminton Champion). I can't do that now, so I do go for an additional jog a week.

But that's not the only thing to consider. The time and place at which people exercise will also have changed. Even assuming that exercise routines remain equal (i.e. the exact same number of runs/jogs are happening), people won't be exercising at the same time and place. If you usually go for a run at lunch and still do, you'll be doing it near your home rather than your office. If running in the morning isn't usually an option as you have to fight traffic to get to work, it may be now. Et cetera, et cetera, et cheterah*.

In fact, I'm curious.. Let's do a poll. Try not to prove me wrong in public, will you?

Of course, the record-setting weather we've been experiencing will have an impact as well, and it was pretty cold before the lockdown started. Still, my guess would be that people in general are out less than they would have been had it not been for the lockdown.

Just remember to stay safe and be respectful

The most important thing to remember is to keep a respectful distance to others, whether you're running, walking, or cycling. Ideally you'd try to stay more than 2 metres away from others when exercising, as there's been some suggestion that greater distances are needed in these circumstance (though it's worth remembering that this is a simulation, not a study - pinch of salt, etc.).

Remember, folks -  stay home as much as you can, stay safe, and stay healthy.