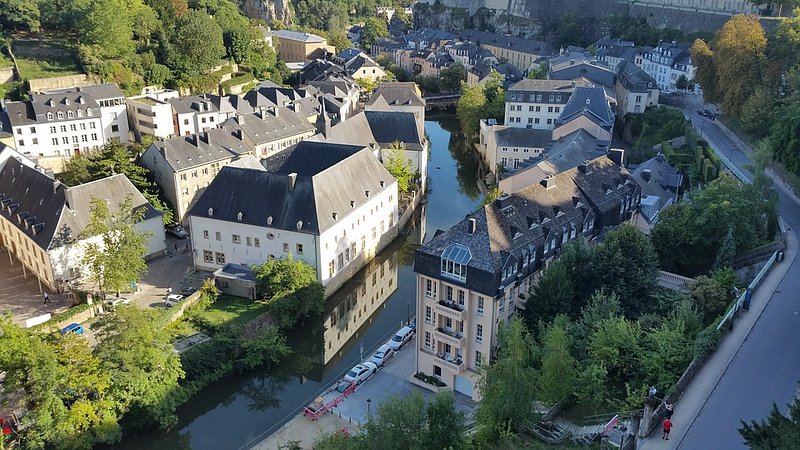 The 2019 World Happiness Index ranks Luxembourg at number 14. 14 out of 156: a pretty good ranking, and not unsurprising, considering the general level of economic, social and political stability. On the flipside however, the Grand Duchy is second to last – followed only by Chad – on the Happy Planet Index’s 2016 report.

Both reports cover much the same ground, assessing national levels of well-being, life expectancy, equality, and so forth, but with one notable difference: one major factor the HPI takes into account is a country’s ecological footprint. Our happiness, it seems, is not sustainable.

In general, reports like these should always be taken with a grain of salt. While built on science and data, they provide, at the end of the day, a snapshot of a situation, or at the very least, a very specific perspective. The specific measuring tools the WHI applies are GDP per capita, social support, life expectancy at birth, freedom to make life choices, generosity, positive affect and negative affect (positive or negative emotions experienced the previous day), while the HPI evaluates how a country consumes ecological resources to provide, support and maintain a level of happiness.

The HPI has been criticised for emphasising sustainability in a way that somewhat ennobles poverty stricken countries that by nature have a low environmental impact. While this criticism does bear its weight, I think the act of including sustainability within the concept of general happiness is crucial, since it moves us towards a mind-set that does not consider the two as antithetical towards each other.

The growing threat of a climate catastrophe, a younger generation galvanised into action and worldwide protests is pushing the environment into the social and political agenda. Yet the hypocrisy of private jets and yachts amassing to a climate summit did not go unnoticed (clearly no one has heart as yacht, or plane pooling), and there remains a general resistance towards denying ourselves the small, everyday comfortable luxuries in life (of which I myself am by no means exempt).

And while yes, the HPI risks distorting certain facts, Luxembourg is one of the countries with the highest levels of greenhouse gas emissions, partly due to its reliance on fuel sales. Other factors also contribute to a high carbon footprint, such as Luxembourg’s fondness for cars. While free public transport might be a catalyst for its increased use, investment in more extensive bike paths would also be incredibly beneficial, for example.

Unlike France, we are not required by law to donate edible food past its sell-by date, and, as it is not a common practice to reduce the price of items that are passed their “best by” dates, we thus throw away up to 5000 tons of food per year. Composting food, which has become a habit in many a UK residence (most flats come with a food bin, and compost bins are amongst those picked up by the council) is also not the done thing. Furthermore, there exists a painful lack of charity or secondhand shops in Luxembourg, an absence that makes itself known to those on a budget or looking for alternative shopping opportunities.

I don’t really believe in excessive shaming and blaming, or focusing on the inevitability of global implosion. It is important be aware of structural restrictions and to call for change, while at the same time learning about what you can do as an individual, given your own circumstances. Taking a proactive approach is helpful, especially in the face of a general overwhelming sense of powerlessness when watching news reports about the burning Amazon forests, example. So where are the areas we can improve?

We are not all able to afford organic – as a recent graduate without full time employment I am sorely aware of this – but paying attention to what food is in season and thus reducing outsourcing from countries such as Peru is a good alternative; we can all survive without eating avocados everyday, or strawberries in December. We can eat less meat, or see what we might be able to plant ourselves (even if its just herbs, honestly, why not?). We can cycle, car pool, and use public transport, and consider alternatives to planes where it is affordable. We can push for reduced use of plastic in supermarkets, and avoid excessively using plastic bags. We can also look into what local gardens or allotments we might have access to. When it comes to clothes, the old “less is more” adage rings true here as well, which means spending a little more money on fewer purchases. We can unplug our devices.

Our throw away culture pervades private homes as it does public consumer areas, with many people buying and consequently chucking out things offhand because something is past its best (applicable to clothes as much as food). There are so many ways that we can make even little changes to our diets and lifestyle that, while minor, would be moving us in the right direction. These are changes we need to look into and take seriously. Moreover, living in societies that respond to consumer choice means that the more people consume mindfully, the more the market will eventually have to respond to the demand.

We may rank as one of the happiest countries in the world, but our economic comfort puts an incredible strain on the planet, and endangers any sense of future wellbeing. Often it is just a matter of taking the time to do what’s right instead of what’s easy. A lot of these changes are not even necessarily difficult, and it’s just a matter of taking the time to do a little research and being aware of wasteful habits. Admittedly it can be harder for those under financial, professional, or temporal pressures, but everyone can take one afternoon to look up and research a couple of ways in which they might live more sustainably. Finally, coming together as a community to figure out how to react to these challenges creatively, together, can be incredibly empowering and provide a sense of purpose to an isolated and atomised people: we owe it to ourselves and we owe it to future generations.