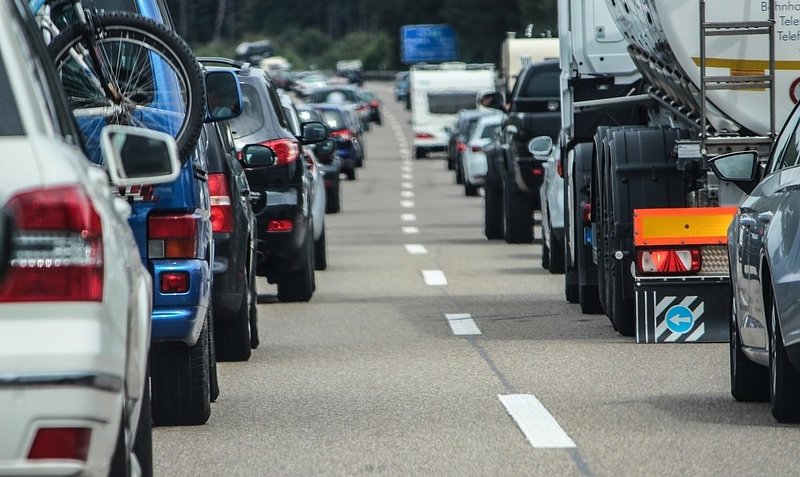 Making public transport free isn't what's needed to make it a more attractive option - it needs to be improved first.

Before we get to the topic at hand, let me warn you that this opinion piece will be filled to the brim with opinion. It will also be sarcastic in tone and highly subjective. There's every chance you won't even agree with it. So if that's not your bag, here's a relaxing video you can watch instead.

In the past week news has emerged that the "new" coalition government has tentatively agreed to make public transport free. So free trains, buses, trams, and 'driverless' shuttles for one and all! On the face of it one would think it hard to take umbrage with this - it promotes greener transportation (and the Greens, as you know, did rather well in the recent elections) and it takes something that currently carries an individual cost and makes it free*.

*"It's not free! We are paying with our taxes!" - yes, yes, you're right, but let's accept the preferred if incorrect nomenclature and leave this semantic debate for another time, shall we?

And yet, umbrage has indeed been taken. The trade union Landesverband are less than ecstatic about the idea, and argue that making public transport free isn't necessarily the best solution. The heartless bastards want you to keep paying for public transport! They are not alone, though. I do too, and here's why.

It's already rather cheap

The current offering is already exceptionally cheap. If Statista  or Worldatlas  (questionable sources, I know - but the costs align pretty well with my own experience), Luxembourg is pretty dang cheap by international standards. I think we can all agree that €2 for a 2-hour ticket valid on all modes of public transport, which will effectively get you from one end of the country to the other, or €4 for a day ticket, is very cheap.

By comparison, I used to pay £4 (€4.50 with current exchange rates, but that'll likely change dramatically with the mess they find themselves in over there) for a day ticket in Edinburgh. And that was limited to Edinburgh - it certainly wouldn't get me to Glasgow (an off-peak return ticket on the train, which takes about an hour, cost around £13). It was also limited to one of the main bus operators in the city.

It's even cheaper if you get yourself organised and buy an mKaart.

One area where Edinburgh (for instance) wipes the floor with Luxembourg is the actual usability of the public transport offering. Want to go for a night out and grab a bus home after midnight on a Saturday? Go shopping on a Sunday and not wait around for an hour because you missed the bus you were aiming for? Want to check an app to see the actual live departure time of buses at nearby stops? No problem! None of that exists here.

In essence, I would much rather see improvements to the current service over making it free. Here are a few changes I would personally like to see.

Yes, the Mobilitéit app is great - very handy for planning your journey. But it doesn't have a tracking function, nor do most stops. In fact, the bus I frequently take (290) to Lorentzweiler doesn't even appear on the tracker at Badanstalt. What the heck is that all about?

My experience is limited for other train lines, but line 10 (Luxembourg - Gouvy) is frequently over capacity during peak hours. It's also frequently late, and the trains used are rather old - which seems to be annoying people in Troisvierges. The service on Sundays is also rather poor, which rules it out as an option for weekend shifts.

The bus schedule on weekends - Sundays in particular - is pretty poor. Luxembourg is evolving and it's no longer the case that all shops are closed on weekends, nor do most people spend Sundays in church. They want to get out and about, and at present using public transport for Sunday excursions is not really an option for most of us. If you want people to use public transport and reduce their reliance on cars, you first have to provide public transport options that work.

This happens not only daily but essentially hourly at the crossing here in Lorentzweiler (yes, local, but still annoying and presumably not an isolated case). The barriers go down ridiculously early and just stay down. I've seen queues of over 20 cars in each direction, snaking onto route de Luxembourg and blocking traffic.

There's simply no need for this.

I may sound like a negative Nellie here, but at the end of the day it's really not all bad. On the whole I think the public transport infrastructure in Luxembourg is pretty decent, and with the low costs of using it I really wouldn't complain under normal circumstances.

But it seems to me that making public transport free is essentially just a means of appeasing voters in the short term. A bit of "green washing," if you will. "Yes, we have the highest rate of car ownership per capita, but look - our public transport system is free!"

Much like encouraging encouraging flatsharing isn't a solution to Luxembourg's endemic housing shortage, making public transport free is not a priority when it comes to making it a more attractive option.

When is the last time your heard someone say "€2 for a ride to town?! That's outrageously expensive, I guess I'll just have to hop into my new BMW."