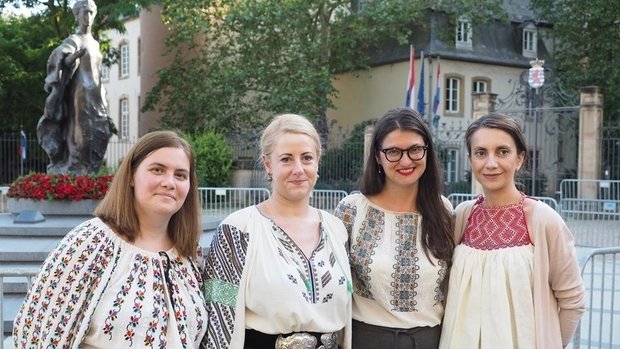 Final entry in the Female Leadership series concentrates on time management and caring for your team as well as your own needs.

In the last article we looked at two recommendations worthy of your attention if you wish to enhance your visibility and be appointed to leadership positions: Learn to effectively manage your working time and Care about your team, so a total of twenty-seven pieces of advice distilled from my own experiences as well as from the suggestions received from the women that I have interviewed for my books. These are successful women in leadership positions in different fields of activity from Luxembourg and the Greater Region.

This week we will continue with the last three recommendations which will hopefully resonate with you because whilst writing them I thought specifically about our challenges as women, our needs and leadership experiences, all the time taking into account the stories that I had heard during these last fifteen years. In addition, I believe that most (if not all) of this advice applies to men, too.

Work on your personal branding: “We don’t see things the way they are. We see things the way we are.” (Talmud). This means that people’s perception of you might be different from your own opinion of yourself. Know how to showcase your talents and develop your brand image inside and outside the company, because the most important brand in your life is YOU. Just as one sells a successful product or service, you need to promote yourself in order to raise awareness about your capabilities and what you can bring to a team and organisation as a leader. Why should you be appointed to a leadership function over other colleagues? The reasons need to be clear for those making the decision, not only to you. Hand in hand with these affirmations go points 5) be authentic, and 3) find your place.

As already mentioned, leading is a complex process which involves many different roles. Make sure your talents for each of these nine leadership roles are visible enough to your superiors, without trying to act a part or be someone else.  When we judge people, we usually do it based on first impressions: the way they dress, their attitudes, their words. Therefore, you need to take care of yourself, be dressed appropriately, have an optimistic and positive attitude, and build a strong reputation. This is a very delicate process but having a good reputation can double your potential. If your reputation inspires respect, you have already taken a step towards being promoted. Your success depends on your previous actions and accomplishments. Your brand is a treasure that you need to protect, nurture, and take care of continuously so that its value never diminishes.

If you wish to be promoted in your company, you have to be well connected in other departments and stay well-informed. Some business experts talk about a certain “grey” market, the one parallel to the official jobs market, in which all the important information circulates before anyone else knows about it. In this context, it is important that you get yourself known in your company and practise the art of the “pitch” which consists of being able to talk eloquently about your talents and capabilities in a couple of minutes or less.  Participate in internal work events, such as sports competitions, trips, exhibitions, charity events or social responsibility volunteer projects. Even better, take the initiative and organise them yourself. There is no better way to become popular with your colleagues and hierarchy. If the company has a newsletter or internal journal, try to have your accomplishments or projects featured in it.

In many cases, you have to overcome your personal mental barriers and ask directly for what you want, sometimes push for it. Modesty doesn’t pay off when you are looking for career promotion. You have to overcome your timidity and fear of self-promotion and be able to demonstrate your contribution to the organisation’s success. This is the clearest route to getting the promotion you dream about – and deserve.

If you want to go somewhere, it is always better if you find someone who has already been there. (Robert Kiyosaki)

Share your best practices as well as what you’ve learned from mistakes, listen to others and don’t be afraid to ask questions. Consider Léa Linster, whose numerous role models and mentors encouraged her to follow her passion for food and cooking in her own unique way. These mentors included her father, a very talented “boulanger-patissier”; Hélène Hirtz, restaurant owner from Diekirch and the only woman in the Grand Duchy of Luxembourg to have obtained two Michelin stars; the famous Paul Bocuse and Alfred Biolek; as well as her brother. Léa believes in the power of example and shares her passions and values with younger people. Her motto is “Teach the young and the old alike how to make people happy.”

I personally feel so blessed to have had the chance to have been guided by and learn from two fantastic mentors. Constantin Oprean, former rector of the University of Sibiu, was the first person after my mum who believed in me strongly. When I was in my second year of university he offered me the chance to represent the City of Sibiu at an international conference on languages and dialects in Europe, which took place in Klagenfurt, Austria - the first time I had ever been abroad. I was always impressed by how he managed to run the university, be on the board of various companies and also find time for everybody who came to visit without ever complaining how busy or stressed he might be – a truly fantastic leader who cared a great deal about people and gave them opportunities to learn and to progress. The second brilliant mentor I’ve had was Georges Calteux, my first boss in Luxembourg when I came to work for the Luxembourg Ministry of Culture in the Historical Monuments’ Department. He gave me the chance to get involved in very challenging and interesting projects such as the House of Luxembourg in Sibiu, Romania, the Luxembourgish language in Transylvania, and the cultural routes of Sibiu and Alba Iulia (amongst others). I observed his leadership style for many years, his dedication to his work, his willingness to help people (sometimes even working on their projects without taking any credit), and his strong belief in the good of people. I also learnt from him that leadership brings a lot of jealousy and you need to learn to take a certain distance from what people say about you behind your back.  By sharing with me their leadership experiences in business as well as in non-profit organisations, my mentors showed me how to improve myself and helped me understand myself better. Without them, their knowledge transfer, their support and confidence, I wouldn’t be the person I am today.

“Networking is an important strategy for career management, including becoming an influential person. The ability to establish a network and call on a member of that network when they are needed helps you exert influence. Other qualified people supporting your position lend credibility to it, therefore facilitating your ability to exert influence.” (Andrew J. Dubrin, “Leadership”

Build your network and take care of your relationships inside and outside the company - and not only when you need them. When I mentioned to a business acquaintance that she should try networking, she was very critical: “How on earth would people that I meet over a cocktail after work help me advance in my career?! You know,” she told me, “there is one life before you have children and a different life after you have children. If I have to choose between spending time with my family after work and spending time drinking a cocktail, I’ll definitely go for the first.” First of all, I appreciate her point of view even though I find it pretty narrow, as networking is not just about having a drink after work with colleagues and acquaintances. It’s a way of building relations and keeping yourself informed about what is going on inside and outside the company, what is happening with your competitors, in the community, in the country, and in the wider world. Secondly, a lot of women do not unfortunately manage to see the long-term benefits of improving your circle of relationships and your networks. Few women are aware of how helpful networks can be, and generally these women are entrepreneurs, or already in high leadership positions. For instance, when I asked Cynthia Stroum, a successful businesswoman appointed some years ago by President Obama as US Ambassador to Luxembourg, what advice she would give to women who wish to enhance their visibility and their chances of being appointed to leadership positions, she answered without a second of hesitation: “Networking”. Would she be where she is now without networking? Absolutely not, and investing time in her relationships and circles of influence not only brought her fantastic investment opportunities, such as Starbucks, but also opened her doors to people’s offices and hearts.

“Women must continue to persevere in their career but not at the expense of femininity, their persona or their family. Women seem to feel the need to prove their capabilities to other women. Men work together whereas women compete and become discouraged by the workplace, which is in general created by men for men. They should invest time and effort to improve conditions for each other and not only for themselves.” (Louise Benjamin)

As one of the founding members of the two main women’s business organisations in Luxembourg, I have been approached on several occasions by women who have lost their jobs and were looking for assistance. These were not women at the beginning of their careers, but women previously in leadership positions. You may say “Well, isn’t this the kind of thing that a network is supposed to be for?” Yes and no. A network might indeed be there for you when you lose your job and it might give you a hand finding a new position and opportunities, but generally more so if you were part of the network before you lost your job. If you only start frequenting a network because your particular objective is to find a job, you will be considered an opportunist, and networking is so much more about building long-term relationships than just taking advantage of others’ connections and time when required. Networking involves a lot of talking but even more listening.

It’s your job to find the right balance between talking and listening! If you only talk about what you’re concerned with when regularly attending networking events and cocktails, the risk is that people will start avoiding you because you will get the reputation of someone who is boring and always talks about their own particular business and ideas. If you meet people for the first time, it’s recommendable that you let them talk first about themselves and about what’s important to them. People enjoy being listened to; this makes them feel valued and creates an agreeable environment for building future relationships.