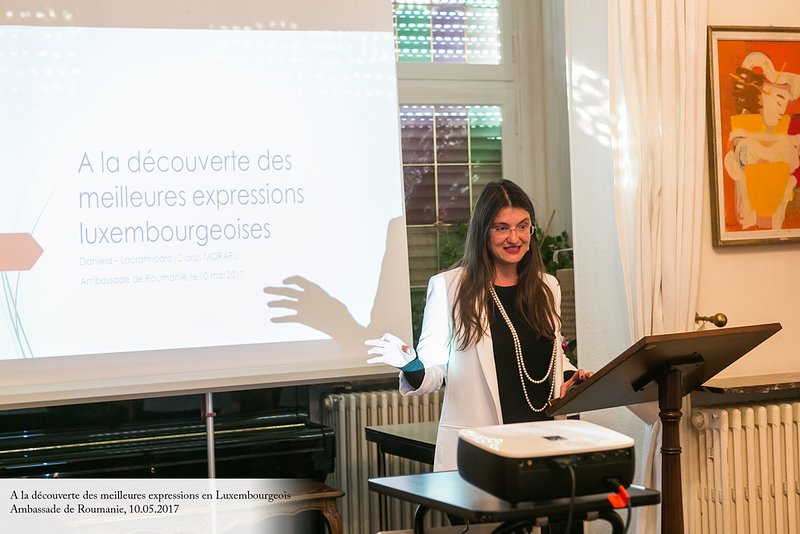 In each one of the last 7 articles we looked at five pieces of advice which are worthy of your attention if you wish to enhance your visibility and be appointed to leadership positions.

Last time out we took the time to speak about Emotional intelligence, Emotional stability, Honesty and integrity, Assertiveness and Courage. My recommendations are distilled from my own experiences as well as from the suggestions received from the women that I have interviewed for my books. These are successful women in leadership positions in different fields of activity from Luxembourg and the Greater Region.

You will find below five more pieces of advice. As mentioned before, some advice will resonate more with you and some less. It is important to note that while writing these pieces of advice I thought specifically about our challenges as women, our needs and leadership experiences, all the time taking into account the stories that I had heard during these last fifteen years. In addition, I believe that most (if not all) of this advice applies to men, too.

Leading people, teams and organisations is very complex; remember the nine roles a leader plays in her organisation? The earlier you start on your journey towards leadership, the better prepared you will be for your future. Leadership implies the recognition of your skills and abilities by others and is usually reflected by the title or function you take on within an organisation. Being appointed team leader, managing director or CEO without being accepted by your subordinates is not going to have a successful outcome in the long-term. You have to win the hearts and minds of your team members to be accepted as their leader.

Luxembourg and the Greater Region are very traditional regions with a high respect for hierarchy, meaning that leadership roles tend to be given to people of a mature age. However, don’t worry if you are in your thirties or even younger! In this case, I highly recommend that you get involved in a local organisation to get used to leading teams. Check chapter 4 for some ideas. This will allow you to discover the influence and power of individuals and groups, as well as learning how to deal with the political dimension of leadership. No matter how hard you wish to not get involved in an organisation’s politics, you need to be aware that it’s a leader’s job to influence other people to act in ways that will benefit the organisation, and therefore you will need to become skilled at influencing others, as well as in recognising unethical and dishonest tactics used by team members in the battle for power and influence. It might seem cynical, but non-profit organisations are great ways to practice leadership. They are indeed a fantastic leadership school.

Numerous women I’ve interviewed point out that one needs to seize the moment and be ready for opportunities which don’t necessarily come at the right time. Women seem to hesitate more than men and they often lose interesting opportunities. “Don’t waste time – grab your chances” (Richard Branson). Let’s take the example of Martine Reicherts, former General Director of the Publication Office of the European Union. Martine told me that she never planned her career, but knew how to be “In the right place at the right time”, as she remembers. She started work for the European Commission in 1984 in the fields of research and development, as well as fiscal issues. She spent two years in the Cabinet of the Luxembourgish Commissioner Dondelinger and then joined the Cabinet of his successor, Commissioner Steichen. In 1995, she seized a fantastic opportunity and joined the team of the President of the European Commission, Jacques Santer who then proposed in 1998 that she become the spokesperson of the European Commission. In 2007 she was appointed General Director of the Publications Office in charge of a team of 1400 people and was for some time one of only three women general directors within the European Commission. Her story shows once again how important it is to be open and ready for all opportunities – although it’s vital to remember that we have to create leadership opportunities for ourselves through hard work and sacrifice.

Jack Canfield advises to greet all interactions in your life with the question “What’s the potential opportunity that this is?” This means having a positive approach to every encounter and experience that life brings. Instead of thinking that people are doing things deliberately to hurt you, think instead that the whole world is “plotting to do you good” every day. (How to get from where you are to where you want to be) This will help you to keep a positive and optimistic mentality.

“A woman leader is someone who combines in the best way her sensitivity as a woman and the rationality and pragmatism of a man. Everything can be learned,” states Christiane Wickler, Luxembourg entrepreneur, the woman behind “Luxembourg House” in Luxembourg-city, who started her first company “Pall Center” in 1982 when she was only 22 years old. The company began as a single petrol station and grew over 28 years to become a highly successful business with more than 300 employees and operations in both Luxembourg and Belgium. In Christiane’s opinion “The essential qualities of a leader, either man or woman are – analytical skills, understanding business needs and anticipating them, combining a rational and emotional approach, developing a close connection with the environment around you, developing a taste for risk, and not being afraid of failure while at the same time knowing how to manage it.” Reflecting on her experience and looking at her four children, she believes that one is born a leader, but that if one has the willingness, one can learn to become a leader as well. To do so, you need to work hard, make sacrifices and push yourself physically and mentally away from shyness and self-doubt.

In order to be efficient in your job, you need to be at peace with your personal life. The pessimistic assumption is that women cannot effectively combine career and motherhood. I strongly believe it is possible to combine the two, but that it requires a great deal of organisation and strong family support. It’s worth remembering that work-life balance is also very often an issue for those who have no children or family commitments.

Most of the women interviewed admitted that it is not easy to run your career when you have young children. Therefore, some started and developed their careers before they had children, others after their children became more independent, but only a few managed to do both at the same time. For the latter to succeed, an essential role was played by their partners who were supportive towards their careers and shared the daily family related tasks such as picking up the kids at nursery/school, playing with them, helping with homework, cooking, cleaning and so on. In addition, they were courageous enough to resist societal pressures and fight against the prejudices of conservative environments such as Luxembourg where you often are not considered a good mother if you pursue a career instead of leaving your job to raise your children. These women also had to overcome the guilt of not being with their children because they were working. The support of your life partner is obviously very important if you wish to pursue leadership without jeopardising your personal life, but this is often true for a man too.

A few women contacted me in the last couple of years to say that they found it extremely challenging to continue in their leadership role while having very young children at home. I still remember Sarah (name changed to protect identity), an associate working for a leading audit company who was struggling to keep up with her level of responsibilities and still spend enough quality time with her young child. She was searching for a mentor who had experienced something similar and I immediately thought of Valérie Piastrelli from PwC. Valerie had told me how she had managed to continue to perform her role within the company, including the large amount of travelling imposed by her high position, and still raise and enjoy spending time with her young child. On reflection, I realised that unfortunately this kind of mentoring relationship wouldn’t be possible because there was a conflict of interests arising from the fact that the two women were competitors in the audit business. I still wonder why large companies in Luxembourg do not run schemes similar to the “Mass Career Customisation” program in the USA, which was highly praised in a recent book called “Womenomics” (by Claire Shipman and Katty Kay) for allowing employees to easily adjust the progress and flexibility of their careers in line with family life.

Coming back to our example, Valérie Piastrelli was successful in balancing travelling and long working hours with motherhood, and openly talks about the support she has received over the years from her “comprehensive and modern husband.” She talks about quality time spent with the family versus quantity, the same way as Léa Linster, who considers the family as an excellent source of energy. “Even if short, the moments spent together are intense and rich; it’s not the quantity but the quality which counts.”

Anne Pedon’s experience was also challenging but she and her husband managed to find a different solution. They both wanted to advance with their careers so they decided that each one would focus on their ambitions at a different time. For instance this year, when her husband’s position as Dean of a Faculty in Metz reached the end of its term, they decided that it would be her time to take on a leadership position as president of the “Entreprendre en Lorraine,” a non-profit association, on top of her existing career running her own company. She says, smiling “Pay close attention to who you marry” and there is a lot of wisdom in her advice.

Work-life balance was not easy for Nadine Bogelmann but possible as, for her, it is a matter of setting the right priorities, strong willpower, and dynamism. “I work four days per week to spend more time with my family, but I always stay available for my job. I try to participate in school events and the sports activities of my children. Of course, the balance is not there every day but you cannot simply give up!” Her advice for women with leadership potential is “Don’t be afraid to engage in things which are important to you and don’t feel guilty about having a professional career – it does not make you a worse mother! You also need a right work–life balance to keep some moments and time for yourself.”

Long-term success doesn’t come quickly. It takes effort, hard work, and sacrifice. Be courageous and accept challenging or new projects nobody else wants to be associated with because of the uncertainty of the outcome. Ask for more responsibilities, provided that you are able to manage them properly. Be willing to take the initiative and accept ownership of risk. What does it truly mean to take the initiative? If we look at “The Anatomy of Managerial Initiative” by William Oncken, Jr & Donals L. Wass, we are reminded that there are 5 degrees of initiative that the manager can exercise in relation to the boss and to the system, namely: