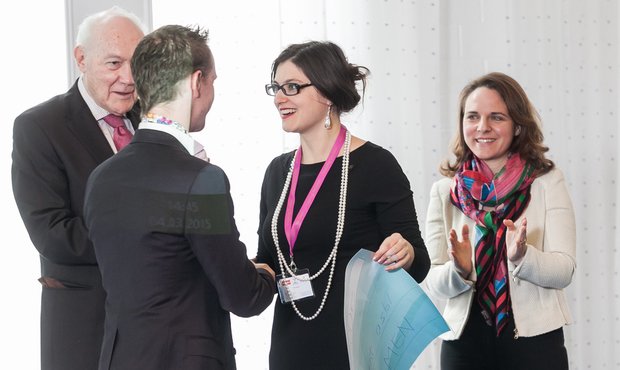 Last week, I concluded that a common thread in defining leadership roles is that the leader acts as a role model and inspires and influences others.

An analysis in the Harvard Business Review by Bartlett and Ghosal concluded that the most basic role for corporate leaders is “To release the human spirit that makes initiative, creativity, and entrepreneurship possible.” In addition, all these definitions include elements of what experts call “transformational” leadership, which is usually attributed to women as they are more likely than men to focus on encouraging and empowering employees, which they do by getting staff involved in the decision-making process, and generally by caring about their opinions and feelings. In addition, when decisions need to be made under pressure, there is also determination and an aptitude for action.

Researchers such as Henry Mintzberg, Kenneth Graham, Jr., William M. Mihal and others identified nine roles that are part of a leader’s job and function. A comprehensive summary of leadership roles is provided by A. J. Dubrin and highlights the following leadership roles:

1. Figurehead: Leaders spend some part of their time engaging in ceremonial activities or acting as a figurehead.

2. Spokesperson: In relationships with five groups of people - namely upper-level management, clients or customers, and other important outsiders such as labour unions, professional colleagues, and the general public.

a. Bargaining with superiors for funds, facilities, equipment, or other forms of support,

b. Bargaining with other units in the organisation for the use of staff, facilities, equipment, or other forms of support,

c. Bargaining with suppliers and vendors for services, schedules, and delivery times.

c. Ensuring that team members are informed of ways to improve their performance.

5. Team builder: Effectively building a team, facilitating cooperation between team members and involving everyone as appropriate. In terms of concrete behaviour, it includes:

a. Ensuring that team members are valued and recognised for their accomplishments

b. Initiating activities that contribute to group morale such as organising social events and sponsoring sports teams, empowering people, building relationships based on trust and mutual respect, creating a positive working environment in which people feel happy

a. Lead by example: do what you say, model appropriate professional conduct, set an example for your team

b. Cooperate with other units in the organisation, allow people to express their views and opinions and get involved with the decision-making process, create a positive environment for work which values everyone and provides feedback,

c. Display loyalty to superiors by supporting their plans and decisions fully.

7. Technical problem solver: Serving as a technical expert or advisor, and also performing contributor tasks on a regular basis, such as making sales calls or repairing machinery.

8. Entrepreneur: Although not self-employed, leaders of large organisations have three entrepreneurial leadership activities:

b. Talking with customers or leaders in similar organisations to stay aware of changing needs and requirements

c. Proactively following up opportunities outside the workplace that could help improve the organisation’s performance, such as visiting other firms, attending professional meetings and trade shows, and participating in educational programmes.

9. Strategic planner: Setting a direction for the organisation, helping the firm deal with external influences, and helping develop organisational policies.

Analysing the mystery of what leaders must do to succeed in “Leadership that gets results”, HBR, Daniel Goleman considers the fact that if you ask any group of business people “What do effective leaders do?” you’ll hear a variety of answers such as: “They set strategy, they motivate, they create a mission, they build a culture” and so on. But when you ask them “What should leaders do to be successful?” you will likely hear one response: “The leader’s only job is to get results…”

So, if you are a prospective leader, you should now understand a little more about the roles you may be expected to fulfil in your organisation.

To be continued next week…

Daniela Clara Moraru is a serial entrepreneur, founder of Languages.lu and of the mobile app to learn Luxembourgish “365 Days Luxembourgish”, among others.

In addition, she has been highly involved in the promotion of entrepreneurship and leadership, especially among women. She was a founding member of FFCEL (Women Entrepreneurs Association), Femmes Leaders du Luxembourg, as well as Inspiring Wo-Men, an initiative aimed at inspiring people to inspire others, which included the “Inspiring Woman of the Year”, “Inspiring Man of the Year” and “Top Company for Gender Equality” Awards.

In 2013, Daniela Clara Moraru has been recognized as “Woman inspiring Europe” by the European Institute for Gender Equality of the European Commission.