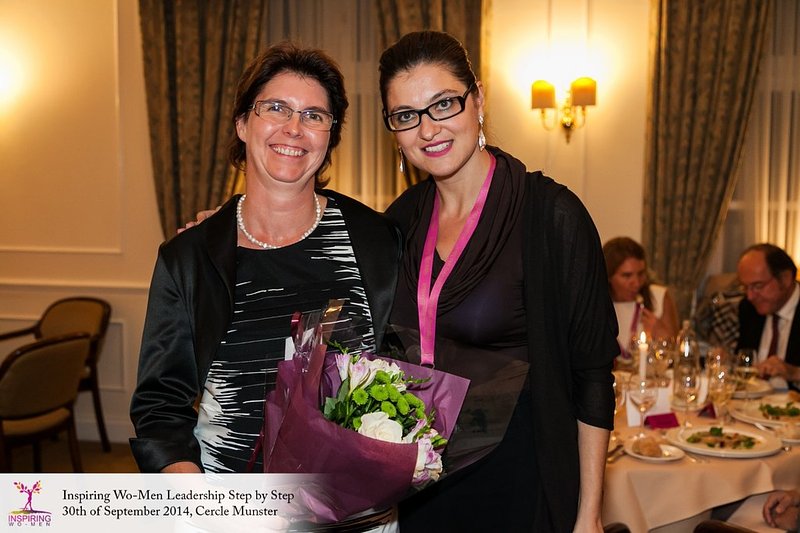 In the last 3 articles we looked at fifteen pieces of advice which are worthy of your attention if you wish to enhance your visibility and be appointed to leadership positions. My recommendations are distilled from my own experiences as well as from the suggestions received from the women that I have interviewed for my books. These are successful women in leadership positions in different fields of activity from Luxembourg and the Greater Region.

You will find below five more pieces of advice. As mentioned before, some advice will resonate more with you and some less. It is important to note that while writing these pieces of advice I thought specifically about our challenges as women, our needs and leadership experiences, all the time taking into account the stories that I had heard during these last fifteen years. In addition, I believe that most (if not all) of this advice applies to men, too.

In 1995, Daniel Goleman introduced the term to a larger audience, and a few years later applied it to the business environment. He showed that emotional intelligence is composed of 5 different elements: self-awareness, self-regulation, motivation, empathy, and social skills. In the past these elements in leaders were often thought of as ‘nice-to-have’, but nowadays they are a must for any leader. There is a fashionable slogan in American business circles which emphasises this very same idea: “IQ gets you hired, but EQ gets you promoted”.

Even though Goleman’s research (followed up by many others) has proven the benefits of emotional intelligence, showing feelings in the work-place is still perceived by many as feminine, with slightly negative connotations. However, to be an efficient leader, you need to know yourself well, your emotions, moods and drives, be honest with yourself and with others, and also understand and treat your team members as you wish to be treated by your superiors.  This could be summed up by “Treat others the way you want to be treated yourself” and can be expanded to everyday life and everyone you meet. You also need to care deeply about your people and about the mission you are trying to accomplish in your organisation.  It seems that emotional intelligence increases with experience and age, and Goleman also found that “The higher the rank of a person considered to be a star performer, the more emotional intelligence capabilities showed up as the reason for his or her effectiveness.”

Research by the consulting firm Hay/McBer (using a sample of 3871 executives selected from a database of more than 20,000 executives worldwide) found six distinct leadership styles, each related to different components of emotional intelligence. Coercive leaders demand immediate compliance: do what I tell you – underlying the drive to achieve, seize the initiative, and demonstrate self-control. Authoritative leaders mobilise people toward a vision: come with me, projecting self-confidence, empathy, and change facilitation. Affiliative leaders create emotional bonds and harmony: people come first – using empathy, relationship building, and communication. Democratic leaders build consensus through participation: what do you think? – based on collaboration, team leadership, and communication. Pacesetting leaders expect excellence and self-direction: “do as I do, now” – based on conscientiousness, a drive to achieve, and initiative. And coaching leaders develop people for the future: “Try this” – developing others, and displaying empathy and self-awareness.

The research also found that leaders with the best results do not rely on only one leadership style, but use most of them in any given week, depending on the business situation. Goleman points out that very few leaders are able to flex like this because few have all six styles in their repertoire, and even fewer know how and when to use them. Some wouldn’t use all of them because “It wouldn’t feel natural” (see also point 4 on Authenticity). In such a case, the solution would be to build a team with members who can provide the missing leadership styles. 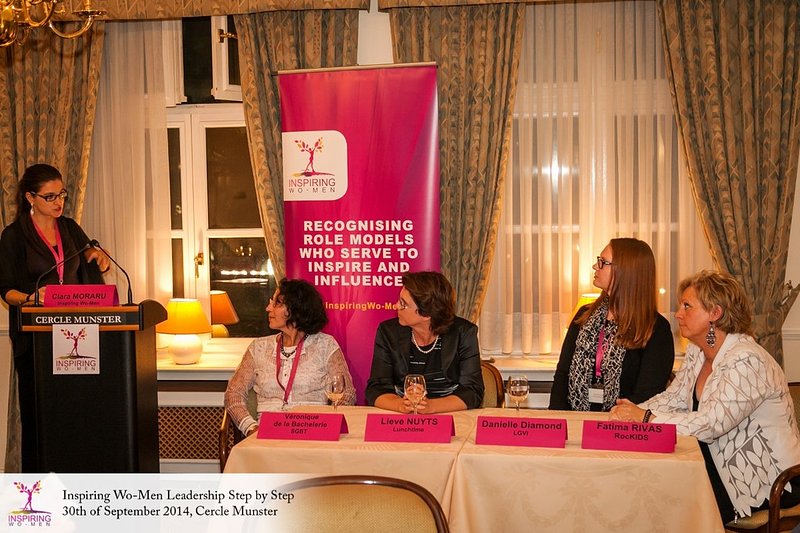 For Luisella Moreschi, founder of a management and fiduciary company and honorary consul of Rwanda to the Grand Duchy of Luxembourg, a leader should first of all have charisma, but because he/she has the responsibility of being a role model for other people, they must also listen to others, and be available, while remaining intellectually honest and analytical. In order to succeed, Luisella believes that one needs to be calm because “We never make good decisions when stressed, and it helps a lot to organise your working life and family life efficiently.”

Team members also expect and need consistency in the way they are treated.  One study found that executive leaders who are emotionally unstable and lack composure are more likely to handle pressure poorly and give in to moodiness, explosions of anger and inappropriate or inconsistent behaviour. Such inconsistency undermines their relationships with group members, peers and superiors. By contrast, effective leaders are generally calm, confident, and predictable during a crisis.”, as reminded in “The essence of Leadership: The Four Keys to leading successfully” by Edwin A. Locke and Associates.

Relationships of trust depend on our willingness not only to look after our own interests, but also the interests of others. For trust to exist, we need to encourage openness, honesty, active listening, communication, consistency, competence, fairness, and mutual respect. You can read more about this topic in the book “The essence of Leadership: The Four Keys to leading successfully” by Solomon R. C. and F. Flores.

Anita de Viell, founder of Fast Luxembourg from which she retired, a training and recruitment company for the financial sector, is convinced that “For someone’s leadership to be effective, one’s words must be followed by his or her actions.”

Assertiveness is commonly defined as a behavioural skill taught by many personal development experts, behavioural therapists and cognitive behaviour therapists. It is linked to self-esteem and considered an important communication skill. Assertiveness refers to being direct and straightforward in expressing demands, opinions, feelings, and attitudes and should not be confused with aggression. Assertive communication consists of sharing one's wants and needs honestly in a safe context. Being assertive allows leaders to confront group members about their mistakes, demand higher performance, set high expectations, and make legitimate demands on higher management.

Arlette Schneiders, from the architecture firm Arlette Schneiders Architectes in Luxembourg, believes that a woman leader is “Someone who leads a group of people who have a common objective.” But being the boss is not everything, as the woman leader should be creative and have visions which allow her to “Successfully organise the realisation of her goals.” Arlette is convinced that becoming a leader doesn’t depend on education or social background, but it is instead “The fruit of a very big willingness to realise your ambitions and ideas.” Her success hinges on being courageous, daring and audacious: “Dare to do, dare to ask, dare to demand.”

I will end this part with Walt Disney’s words because they remind me of the constant challenge(s) I need as an entrepreneur; you might recognize yourself as well: “I have been up against tough competition all my life. I wouldn’t know how to get along without it."

About the author: Daniela Clara Moraru is a serial entrepreneur, founder of Languages.lu and of the mobile app to learn Luxembourgish "365 Days Luxembourgish", among others.