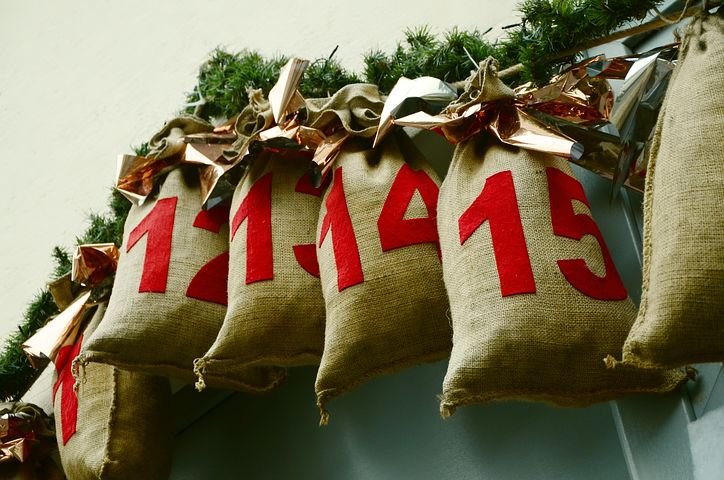 Today, 4 December, is the second Sunday of advent. In western Christianity, advent designates the period of preparation leading up to Christmas, but do you know where it comes from or why it is called "advent"? Read on to find out more.

After Easter, Christmas is the main day of celebration in the Christian church. In the western tradition, the period or ecclesiastical season leading up to and anticipating the birth of Christ is called advent. Moreover, advent also marks the beginning of the liturgical or church year. The name advent comes from the Latin word "adventus", which translates to "coming", which represents the coming of Christ. It is intended as a season of hope, joy, anticipation, and spiritual reflection on Jesus’ (first) coming. The season encompasses the four Sundays preceding Christmas and has no set start date but will always end on Christmas Eve. In 2022 advent began on 27 November and will end on 24 December. In eastern orthodox traditions, advent is longer, spanning 40 days and is usually called Nativity Fast. It is considered to be a period of fasting and reflection before celebrating the birth of Christ; in 2022, it began on 15 November and will end on 24 December.

It is unclear when exactly people started to celebrate advent, but it appears to have been a very early tradition that was already observed in some form during the 4th century. There is evidence that in the Middle Ages, monks were ordered to fast on the days leading up to Christmas, and the custom quickly spread into the general population. Today, the fasting element is less pervasive and often people only associate fasting with lent preceding easter. However, even today, advent remains a period of reflection and preparation for Christmas Day but tends to focus more on enjoyment rather than repentance. The colour purple is traditionally associated with advent, with churches using purple linen during their services.

Advent traditions vary from country to country, but one of the most widespread customs is the advent wreath, which originated in protestant Germany in the 16th century. The evergreen wreath symbolises continuous life, while the circular form represents the eternity of God. The four candles stand for the 4 Sundays of advent. On a traditional advent wreath, the candles are purple, except for the third one, which is rose-coloured as a symbol for joy. Each candle has a specific meaning, highlighting particular Christian values; the first stands for hope, the second for love, the third for joy, and the fourth for peace. A new candle is lit each Sunday and sometimes, wreaths have a (white) fifth candle that will be lit on Christmas Day.

Another, maybe lesser known, advent tradition are Christingles. Christingles are oranges that have been wrapped in red tape, have a white candle on top and are decorated with sweets. Again, each element has a Christian meaning: the orange symbolises the world, the red tape the blood of Christ, the sweets God’s creations on Earth, and the candle represents Jesus’ light. They are usually lit during services, especially of Moravian denominations in the UK, in order to create a sense of community anytime during advent.

Other customs, such as putting up a Christmas tree and other decorations or singing hymns, also all commonly take place throughout advent.

Advent calendars emerged in 19th-century Germany among Protestant communities before spreading to other Christian denominations. Ahead of the calendar format we know today, people used to mark the days leading up to Christmas by lighting a candle (advent wreaths sometimes had 20 small candles in addition to the 4 large ones) or by adding chalk marks to a door frame. In the early 20th century, paper calendars depicting Christian scenes aimed at children started to be manufactured. Chocolate advent calendars, as they are popular today, only started to be produced in the 1950s but had little success until the 1980s.

What started as a Christian tradition has now become increasingly secularised and commercialised. Advent calendars are now often void of Christian imagery or meaning and rarely represent the actual dates of advent; instead, they always start on 1 December and end on the 24th. They are also no longer just aimed at children; you can now find advent calendars for all ages, tastes, and budgets. Whether associated with the original Christian tradition or not, advent calendars continue to provide joy during the cold and gloomy December days.