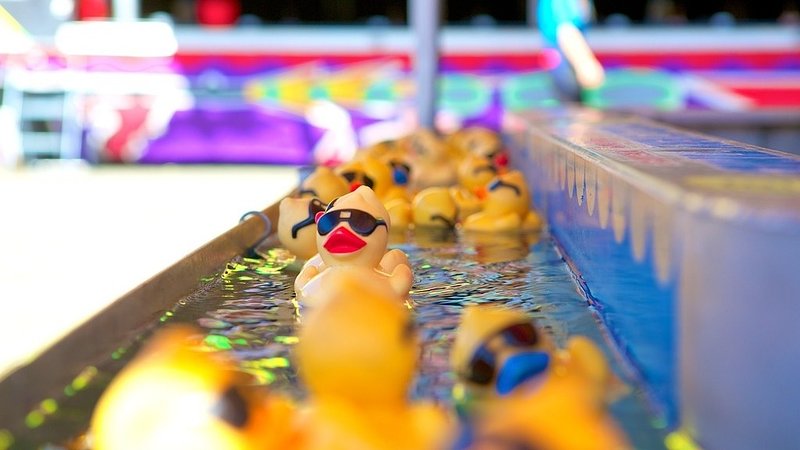 With the largest "Kirmes" in the region coming to a close as lights dim on the Schueberfouer this week (11 Sept), we take a look at the origins of the Kirmes, or parish fair.

What are the origins of the Kirmes?
A traditional kirmes, or kermesse, is a parish festival. The word comes from the Dutch "kerk" (church) and "mis" mass, and originally celebrated the anniversary of the church. Such celebrations were popular across the Benelux countries, northern France and Central Europe.

Originally, the fairs involved good food, company, dancing and music, as well as competitions, with livestock as the prize.  While they were almost exclusively religious fairs in Belgium, for example, a Kirmes in Germany was more likely to be aimed at adults, with a strong alcoholic presence.  Nowadays, they are more likely to feature fairground rides, sweet treats and games, as focus has shifted from religious meaning to fun and enjoyment.  Children now frequently return home from the Kirmes with a cuddly toy won in a game, rather than a sheep or a goose won in a competition. In France, a Kirmes is usually held at the end of the academic year at a school, with tombolas and other stalls to raise funds.

Where can I find them?

Anywhere, really! Some towns hold a Kirmes at Easter, such as Esch-sur-Alzette. Others hold them throughout the year, usually to coincide with religious festivals. If you're a resident of Luxembourg City, you can find a list here; otherwise, check with your local municipality as chances are your local area will have one at some point!

What is there to do at a Kirmes?

Eat, drink and be merry! Nowadays many Kirmes' have games and rides, such as bumper cars, tombola style games and the ever popular duck fishing game. You can find many of the Grand Duchy's stalwart foods, such as sausages, gromperekichelchen and the classic churros, although some may have more localised treats. 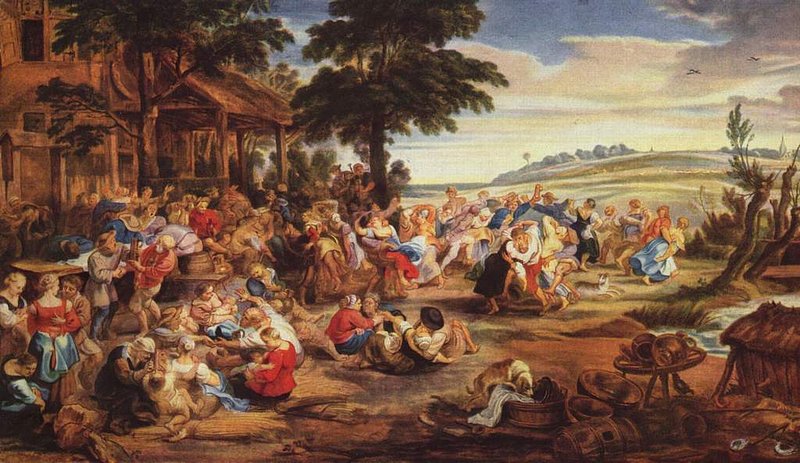 Hold on, what's the Schueberfouer then? Is it a Kirmes?

Some large funfairs, such as the Schueberfouer, Brussels' Foire du Midi or Antwerps' Sinksenfoor, first began life as a Kirmes and later evolved into the visitor attractions in their current form. But don't take my word for it, read the history of the Schueberfouer here.

Why is there a brass band playing outside my house?!

A traditional Luxembourgish folk tune- the so-called Hämmelsmarsch-  is associated with a Kirmes and is usually played by local brass bands as they walk through the streets. Ostensibly this was meant to invite people to the village fair. Once upon a time the musicians were accompanied by sheep, but this particular tradition appears to have died out, although it lives on in the name (Hämmel is the Luxembourgish word for a wether, or a castrated ram). Chances are if you've lived in Luxembourg long enough, you've been roused by the familiar thumping melody on a weekend morning more than once...

Above all, the Kirmes is designed to spread good humour across a local community.

The Kirmes tradition has spread across the world, with some communities of Dutch, Belgian and Luxembourgish descent in the US, Canada and Latin America holding Kirmes events in order to raise funds for charities. In Luxembourg, they are a demonstration of how a cultural tradition has evolved to suit modern society's tastes, retaining their appeal across centuries.