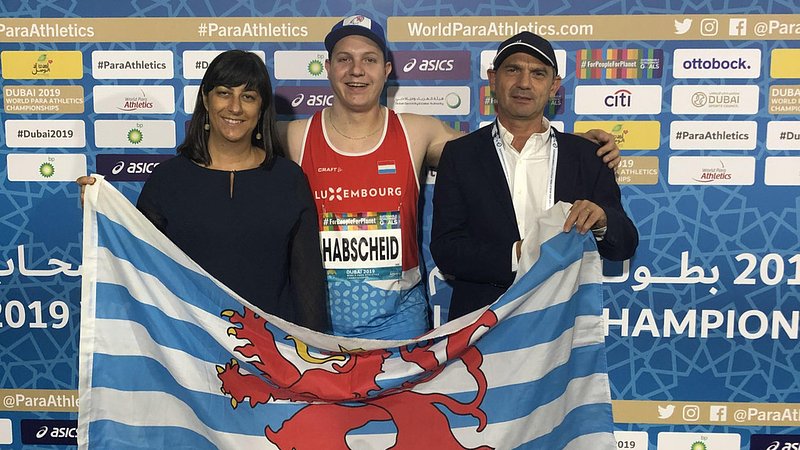 Luxembourgish para-athlete Tom Habscheid will be going to the Tokyo Paralympics in 2020, having broken a world record in his shotput category.

At the World Para-Athletics Championships in Dubai, Luxembourger Tom Habscheid won the silver medal in the shotput category with a throw of 15.10 metres.

The Brit Aled Jones beat Habscheid for the world title and gold with a throw of 15.32 metres. However, Habscheid reached the world record in the F63 category with his throw. Already, he improved his personal record of 14.97 metres in February, and has qualified for the Paralympic Games.

Habscheid has a congenital femoral deficiency, which means he relies on a prosthetic foot.

Minister of Sports Dan Kersch addressed a congratulatory message to Habscheid, offering his personal congratulations and stating that "Luxembourg is proud to count a champion of your [his] caliber in its ranks."