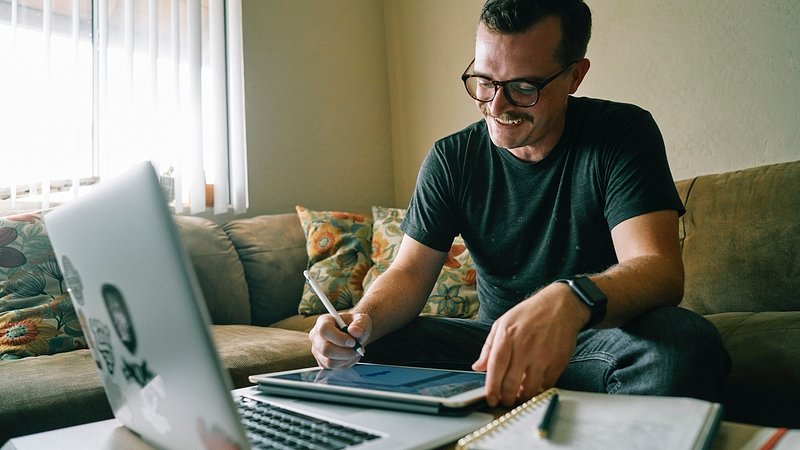 On Wednesday morning, the highly anticipated debate on the petition calling for two days of home office per week took place in the Chamber of Deputies.

Nearly 14,000 people signed the petition which made the case for up to two days of home office per week for cross-border workers in Luxembourg. Since the petition from summer 2022 easily surpassed the required signature threshold, a public debate on the issue took place in the Chamber of Deputies on Wednesday 25 January.

The initiator behind the petition, Katia Sabrina Litim, an employee at Quintet Private Bank, was quick to point out the existing inequalities between Luxembourg residents and cross-border workers. While residents have "no limit" and could "theoretically work from home five days a week, i.e., 220 days a year," cross-border workers are subject to two limits, Litim argued: One imposed by the European social threshold of 5%, and the other imposed by the tax threshold specific to each country. 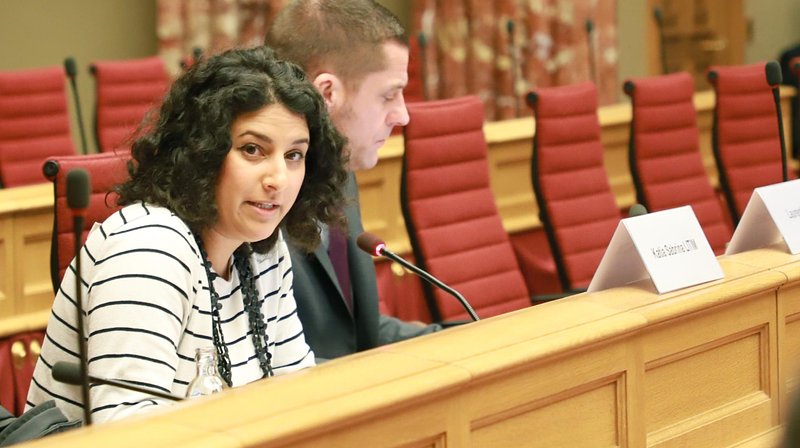 It is no longer just about the salary

According to her, these inequalities are a real threat to Luxembourg's ability to attract new talent. "It is really the attractiveness of the Grand Duchy that is at stake. If Luxembourg does not implement this, there will be repercussions. Jobs will be relocated," warns Laurent Mertz, former secretary general of the Association of Bank and Insurance Employees (Aleba), who was present in the Chamber as a colleague of the petitioner.

"We already struggle to attract new talent because the salary is no longer enough. We are going to lose a large part of Generation Z, which is no longer coming just for the money but is looking for good working conditions," Mertz said. According to him, a new problem has also recently emerged: "cross-border employees who go back to work in their own country because of transport and the low number of home office hours." A study conducted by the Luxembourg Employers' Association (UEL) revealed that employers are "mostly in favour" of teleworking.

There are in fact numerous threats to the attractiveness of Luxembourg, including the well-being of employees, the pollution linked to transport, the issues related to mobility...etc. A recent study by Jobs.lu showed that tedious commutes could drive almost half of all employees away from Luxembourg. "Of course, working from home is not the only solution to mobility problems. But it is part of a set of solutions, with staggered hours for example," the petitioners argued.

Working from home is no longer just an asset, but an indispensable element

To remedy this, Litim calls on the Chamber of Deputies to do "everything possible" to reach the two days per week, "as soon as possible." According to her, the petition's demand for two days of home office per week for all is "a minimum requirement for the business world. Working from home is no longer just an asset, but an indispensable element." For Litim, the Grand Duchy should be a "European pioneer" in this area, seeing as the country's potential for "teleworkability" is significant and above that of the rest of Europe.

After the petitioners presented their arguments, the government stated that it is working "slowly but surely" on the issue. In recent months, agreements to raise the tax threshold to 34 days for Belgium and then France were concluded. "Ideally, we would like a higher level of remote work, and the same for our three neighbouring countries. But it isn't just up to me," replied Minister of Finance Yuriko Backes.

"We depend on the goodwill of the governments of the neighbouring countries. With Germany, we are stuck at 19 days, and it is not the lack of goodwill on our side that is at fault," she said. Minister of Social Security Claude Haagen added that an agreement with Germany to move to 40% remote work is in fact "well under way." The discussions with Belgium and France, meanwhile, are also under way, but "not necessarily advanced."

However, the government officials also pointed out that remote work is not a right. While the government can agree with its neighbours to raise the thresholds and give companies some leeway, the final discussion is between the employers and their employees. "It's dialogue and that's a good thing," said Minister of Labour Georges Engel.

The MPs raised some concerns about working from home. What happens to those who cannot work from home? What are the risks to the right to disconnect? Is remote work only a partial solution? And what about the Horesca industry, which is in a difficult situation: " Many restaurant owners say that it is no longer worth opening at midday because there are not enough people. We have to take this into account", said MP Marc Spautz from the Christian Social People's Party (CSV).

Two days of remote work per week, 'the right balance'

"I am not in favour of unlimited remote work because face-to-face interactions are crucial," Litim said. According to her, this petition aims to find "the right balance" between the pre-Covid era, before remote work was democratised, and the heart of the crisis, when it was almost permanent. "One day of face-to-face work per week is too little. And one day of home office is not enough. Two days is a fair threshold for the 13,800 people who signed the petition."

As for jobs that are not "teleworkable," those who choose to do them "cannot of course claim any right to remote work," the petitioner said, adding that "it is up to them to change jobs if they have to." Cleary displeased by this statement, Minister of Labour Georges Engel reacted by saying: "Changing jobs? I hope the doctors and nurses won't do it!"

Should Luxembourg continue negotiations with its neighbours in small steps? "Any progress is good to take. But two days a week seems to me to be an unavoidable minimum," Litim said. "We might as well go straight to the final objective. The urgency and the risks are such that anything less than two days will fall far short of current expectations," she stressed.

What happens next is now up to the government and, of course, the political parties, who, in the middle of an election year, will have to find an adequate political response. This will also involve discussion at European level, where negotiations about a cross-border status, which would favour remote work in particular, are currently under way.