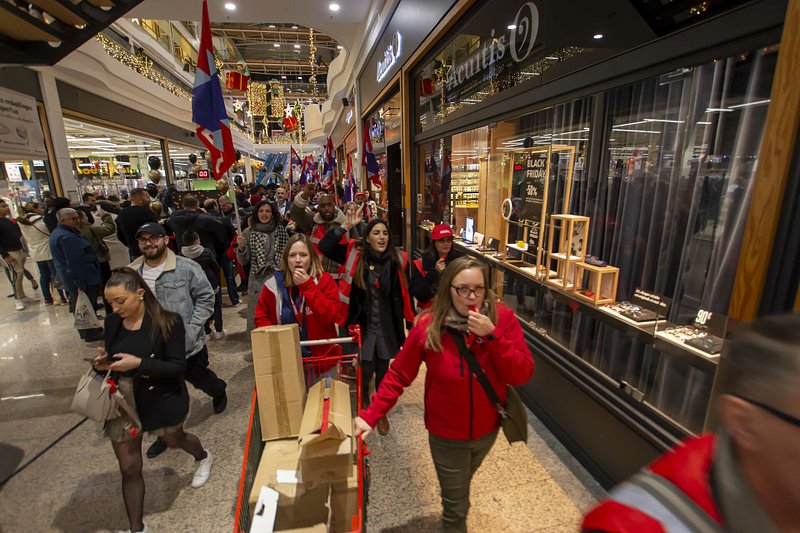 At the end of October, Auchan decided that it will start to charge employees of the different shops for parking. This announcement caused outrage among staff delegations and the Independent Luxembourg Trade Union Confederation (OGBL), which organised a protest in front of the shopping centre on Friday.

The rebellion is growing among the various outlets situated within the centre in Kirchberg. After learning that the French group plans to charge for parking (€176 per month per employee), they decided to meet in front of the shopping centre on Friday evening.

A meeting that allowed David Angel, central secretary in charge of the retail and Horesca sectors at the OGBL, to update staff delegations on the status of discussions with the Auchan management. According to Angel, Auchan has agreed to lower the monthly fee. During the night, the shopping centre's communication department confirmed this information.

"€100 the first year, €125 the second year, and €150 from the third year onwards," Angel announced in front of about fifty visibly furious demonstrators. A show of hands confirmed the categorical refusal of the assembled retailers and employees.

On that note, the demonstrators took their flags, safety vests, and whistles and marched through the shopping centre. Calls for "free parking" could be heard amidst the whistles and the sound of the megaphone.

Inside the shopping centre, the majority of people seemed surprised but not bothered by the demonstration. Many took out their smartphones to film the protest.

The "deception" of the management

While the protest was taking place, Angel provided additional context on the controversy surrounding the monthly payment. "If they (Auchan and Nhoods, the company that manages the shopping centre) want to ask the stores to pay, they should do so through the rent," he explained to our colleagues from RTL 5 Minutes. He added that the OGBL will be powerless to prevent these costs from being passed on to employees in the case of small shops that are not unionised.

In the case of "strongly represented" shops, the trade unionist assured RTL 5 Minutes that the OGBL will do everything in its power to prevent parking costs from being passed on to employees. In this context, he slammed the Auchan management for "deceiving" employees. 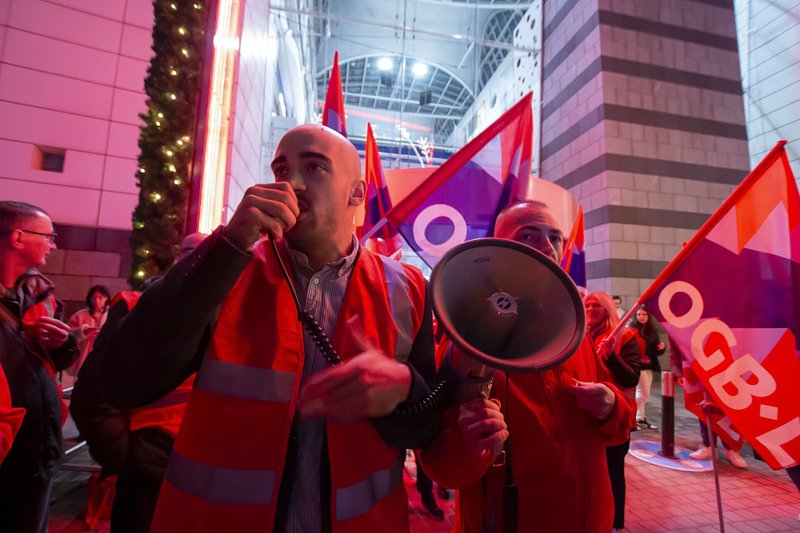 David Angel, central secretary for the retail and Horesca sectors at the OGBL, announces the terms of Auchan's new proposal outside the shopping centre on 26 November 2022 / © Domingos Oliveira / RTL Luxembourg

"They made it clear from the start that they expected shops to pay," Angel said. However, according to several shop owners, this was a ruse because the director of the shopping centre then suggested to them that they "could simply pass it on to the employees." Angel was keen to point out that Luxembourg is going through "a purchasing power crisis." In his eyes, "to announce something like this now (…) it's just unfathomable." Angel calculated that the cost of parking over a year would exceed a possible thirteenth month payment at the end of the year.

In agreement with the staff delegations and the employees present, the OGBL promised further action in December. The aim is to get Auchan and Nhoods to back down on their demands concerning parking.

Auchan will not back down 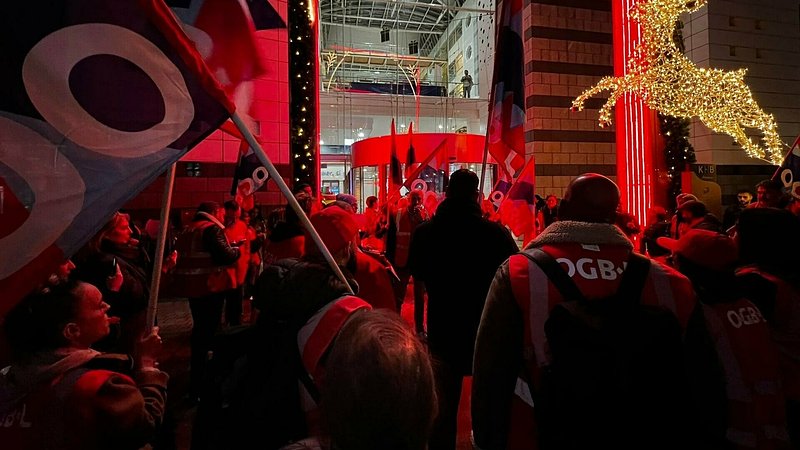 Contacted by our colleagues from RTL 5 Minutes, the Auchan management confirmed that the proposed parking fees had been reduced. However, the management also stressed that this proposal is final, "as it is already advantageous compared to the market price." Auchan, which has provided free parking for the past 26 years, says it is no longer able to do so due to the "current economic situation." The shopping centre is planning "numerous investments necessary for the modernisation and transformation of the car park," particularly in order to accommodate electric vehicles.

In a press release sent to RTL 5 Minutes, Auchan's management asks the retailers "to bear the operating costs linked to their activity." According to management, it "is not our responsibility" if some shops choose to pass on "the costs that they incur to their employees."

As far as the workers directly employed by Auchan itself are concerned, the management has assured RTL 5 Minutes that it will continue to pay for the parking costs of its employees and that there have never been any plans to change that. Auchan employees are therefore safe.