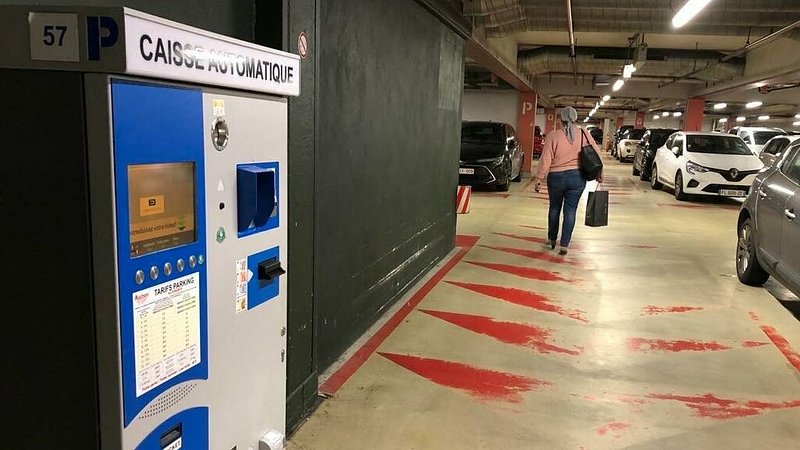 The shopping centre in Kirchberg has announced its intention to charge employees in its shopping outlets for parking, in a move which has swiftly drawn criticism from unions.

Auchan and the shopping centre management company, Nhoods, plan to charge employees of the various outlets situated within the centre €176 per month for parking in 2023.
The Independent Luxembourg Trade Union Confederation, or OGBL, has expressed outrage at the proposal. The union announced it had negotiated with the shopping centre management in order to postpone the parking charges from 1 January to 1 April 2023, calling this a "first step forward".

However, staff representatives from Oberweis, Zara, H&M, Sephora, Etam, Grand Optical, Starbucks and the Boutique du Coiffeur salon have published an open letter to Auchan management, highlighting that the majority of these retail employees are paid minimum wage.

With this in mind, staff say that paying €176 a month simply to park near their workplace is unimaginable. On top of this, the majority of stores represented have experienced recruitment difficulties, while this additional demand would render recruitment "virtually impossible".

"You will risk seeing stores closing their doors due to a lack of employees, as staff will not be willing to work in these conditions", warned the staff representatives.

The OGBL union has already raised the topic with management, who reportedly indicated that it would be difficult to negotiate.

Brands located within the centre have the option to cover parking costs for their own staff, which would naturally affect their margins.

Some 250-300 employees are thought to be affected by the charges. David Angel, secretary for trade and Horesca at the OGBL, told RTL a public meeting will take place on Friday 25 November at 5.30pm outside the front of the Auchan centre, on Boulevard John F. Kennedy.

The meeting's objective will be to inform staff of the situation and discussion progress. Staff will also be able to decide on their follow-up and response, while it is likely a social movement will be organised in the days to follow.