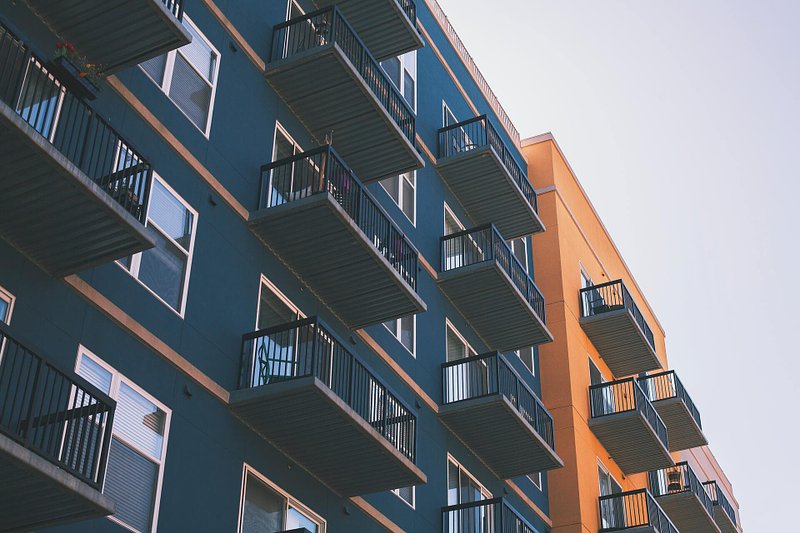 Lots of students are not able to get housing in student halls around their campus, which then often leads to long journeys back and forth.

Full student residences, long waiting lists and outrageous prices on the private property market. The lack of affordable housing is a nationwide problem that hits students particularly hard. And even now, almost two months after school started, housing is still an issue at uni.lu.

Commuting between four and five hours from home to university and back again - that is Jessica Costa Gomes' reality. The young woman lives near Weiswampach and studies in Belval. A 'one way' distance of around 100 kilometres. A house in the south is financially unfeasible. Jessica couldn't get a room in one of the 31 student residences - they were already fully booked in August.

Unlike many other Luxembourg students, Jessica no longer lives at home with her parents. At 31, she has a different background than most of her colleagues at university. Jessica worked as a kindergarten teacher for 10 years and then decided to study for a Bachelor's degree in "sciences sociales et éducatives". Giving up a permanent job when you live alone and have to pay rent should be a well-thought-out decision, especially since it is a big financial burden.

"I have saved a lot in these 10 years and simply calculated whether it is enough or not. It is just enough. But I have to cut back on my standard of living. For example, I don't go on holiday or go away at weekends as often anymore."

With the help of a part-time job in a bar, CEDIES and her savings, Jessica tries to make ends meet. However, she does not regret the decision to go back to university. "I knew what was going to happen to me," Jessica said. And yet there are often long and exhausting days, with short nights. Especially when classes start at eight and she has to get up at half past four. Since distance learning is no longer possible, Jessica sometimes sleeps at her friends' places who live closer to Belval.

"I'm well organised but it's just exhausting to always plan in advance; 'OK, where do I sleep at if I have classes until late at night?' because I don't dare to go home in the evening. And then packing the clothes, the course, my books.... it's more about the mental exhaustion."

Students like Jessica, who come from the far north, are even at the top of Uni.lu's priority list when it comes to allocating student accommodation, explains spokesperson Britta Schlüter. People from third countries who are only allowed to live in Luxembourg because of their visa and students in their first year of study should also be given priority for a room.

However, the capacities are still far from sufficient to accommodate everyone.

"What we have to do is be honest with the students and tell them early and clearly: 'Listen, we don't have enough rooms'. Look for alternatives, look at the private market, maybe look beyond the border. So you won't be surprised when you come here."

The situation is not ideal, but it also did not explode dramatically in the last few months, Britta Schlüter added. There are just as many students on the waiting list as before the pandemic, she said. At the beginning of the autumn semester, there were 300.

While the number of students increases by a few percent every year, the number of accommodation units has remained almost unchanged since 2016.

"We had a bit of bad luck last year, so the number has gone down. Several small flats and a bigger one were closed because of sanitary measures, renovation or because the owners wanted to use the house for other purposes. At the same time, of course, there is continuous effort to build more."

The university does not own the student residences. The Belval Fund and the Ministry of Construction are primarily responsible for building Belval. And one specific project is currently underway - but will not be completed until 2027. The "Porte de France" residence in Belval with approx. 140 residential units. The Dominican residence on the Limpertsberg is scheduled to reopen its doors in 2024 for around 60 students.

However, since large construction projects cannot be realised overnight, other means must be taken to alleviate the situation. Therefore, a new measure has been introduced: a limited length of stay in the student residences. This means Bachelor students are allowed to stay in the dormitory for a maximum of 3 years, Master students and doctoral students for 2 years.

"There are studies, and this is also our own experience, that a room like this in a hall of residence is important, especially at the beginning of your studies. Especially for young people under 22 who have a small budget and come from abroad and don't know each other. And that's where we need to bring in more turnover, give more opportunities."

It remains to be seen what impact this new regulation will have on the housing issue. In any case, a quicker solution does not seem to be in sight.