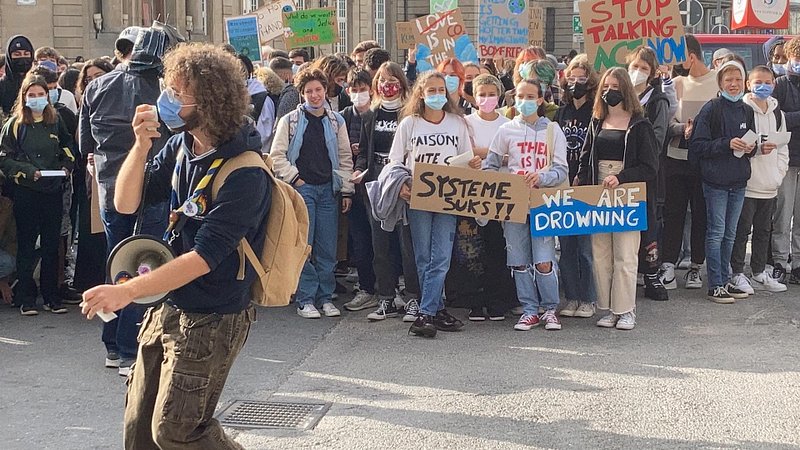 Youth for Climate Luxembourg has organised another demonstration against climate change. The march will begin at 3pm on Friday at the Glacis, ending at Place Clairefontaine with speeches and music.

Youth for Climate Luxembourg (YFCL), a youth-led climate protest movement, will resume their demonstrations after a period of absence, returning to the capital's streets this Friday.

The movement gained momentum in 2019, but since then there has not been much progress in terms of their demands, according to a member of the group. "We are asking for the system to change, because as it stands, we cannot achieve climate neutrality. In 2020, the government launched an international plan aimed at establishing neutrality by 2050, but it is not enough, we are asking them to lower this deadline to 2030. "

For the members of Youth for Climate Luxembourg, the government's measures are not sufficient, leading them to demand more investment in green energy. "This demonstration is important, because the politicians do not want to accept that we are living in a climate crisis, they do not act. This is why we continue to take to the streets!"

The Youth for Climate movement is keen for all young people sensitive to environmental issues to join them, says the member: "We try to encourage each other, there is a real team spirit, we always say that we are a family".

However, Friday's protest is not expect to attract large crowds, says the movement. The topic of climate change has lost sympathisers in recent times, but nevertheless, organisers are hopeful that they can regain momentum. The demonstrations kicks off at 3pm on Friday at the Glacis in Luxembourg City.