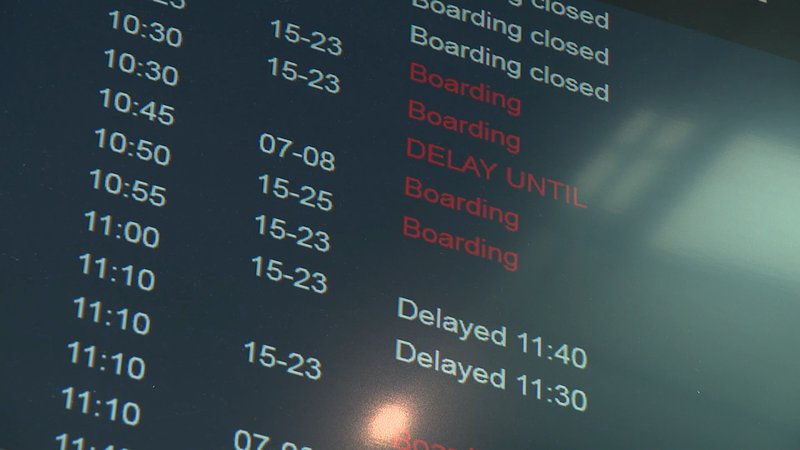 Luxembourg is significantly less affected by staff shortages than other airports, explains the CEO of Lux-Airport Alexander Flassak.

The fact that many people want to travel again after Covid-19 is evident at airports all over Europe, with queues at every check in counter. Due to the lack of staff, operations at many airports are slow - which sometimes also causes chaos.

In London's Heathrow airport, images have emerged over recent weeks featuring stacks of luggage piled up on the floors. The transport hub has seen numerous delays due to staff shortages, while many flights have been cancelled on short notice.  EasyJet and Lufthansa have already cancelled over 3,000 flights in July. Especially in larger airports, the flight capacity has decreased to 90 percent of what it was in 2019.

Problems as seen in Heathrow revolve mainly around the IT- and luggage systems that simply cannot hold up to the demand, says airline industry expert Paul Charles. This, coupled with the significant staff shortage, is causing misery for passengers who are simply looking for a laid-back getaway.

In Amsterdam's Schiphol Airport, too, chaos has dominated the past few days, where travellers had to endure between three and five hours of queuing.

Luxembourg Findel has been spared such scenes so far. It is significantly less affected by the staff shortage, with significantly fewer cancellations. Alexander Flassak, CEO ad interim of lux-Airport, says Findel has a much more stable flight schedule. However, there are very high numbers of customers at peak times compared to 2019.

Even if the number of passengers this year does not reach the numbers of 2019, there are 30 to 40% more customers at peak times, which partly explains the longer waiting times at security checks.

People also seem to have forgotten the rules around hand luggage, he adds. Be it because liquids were not separated properly, too much hand luggage was brought in, or technical devices were not taken out of hand luggage bags at security - all these issues create longer wait-times for passengers.

Flassak also warns that in summer the car parks on site could also be full, recommending that customers reserve parking spaces. He also recommends they arrive at the airport two hours before the flight, and ideally perform the check-in process online prior to their arrival.

Services at Findel are normally taken over by Luxair, but the airline is currently struggling with high rates of absenteeism. Luxair CEO Gilles Feith admits it is difficult to get back to normal, but that currently the airline is coping just fine and is preparing for the storm ahead.

There was a recent increase in production of 30%, which was further supported with a wave of new recruits. What Feith sees as essential is for the times of quarantine to be reduced from ten to seven days, it would be extremely helpful to the airline, he adds.

Unlike in Heathrow or Schiphol, flight cancellations remain a rarity in Findel. Two in June, eight in April, and all of this in an airport which operates just about 3,000 flights a month. Delays, on the other hand, are very much a reality, often due to technical issues at other airports.

A recent example involved three to four hours of waiting before the corresponding airport even responded. Naturally, this affected all subsequent flights as a plane usually flies from one place to another, and then another. One delay thus causes delays across the whole network, which is extremely challenging, explains Feith.

With the summer holidays about to begin, Feith feels optimistic about the airline's preparations. Regardless, they hope for cooperation from all sides to reduce delays and cancellations - especially from travellers themselves.