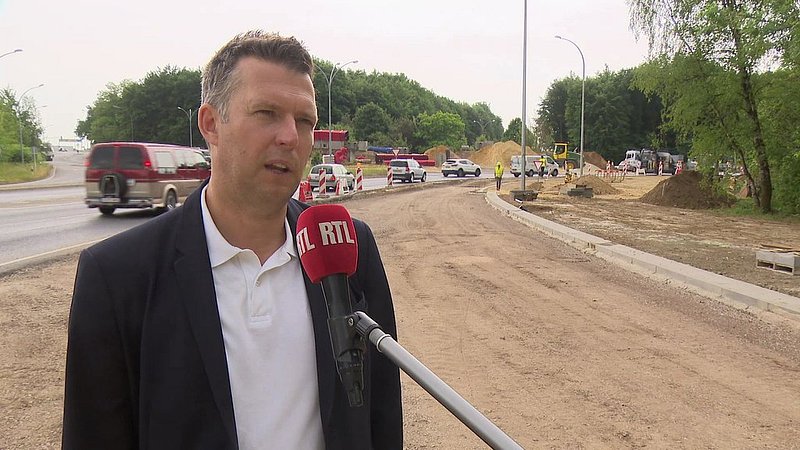 Construction work on the Sandweiler roundabout was launched in February this year, and although the majority of the operation is expected to be completed by summer, the site will still run until autumn.

Two years ago, the Schaffner roundabout, more commonly known to Luxembourgers as 'Iergäertchen' ('Little Maze'), was turned into a so-called turbo roundabout. In pursuit of continuity, the Bridges and Roads Authority currently conducts renovation work on the nearby roundabout in Sandweiler to achieve a similar goal.

A significant change will be a new bypass, which will allow motorists coming from the Schaffner roundabout and driving towards Contern to circumvent the Sandweiler roundabout altogether. Authorities hope that this will significantly reduce the risk of congestion.

© RTL
© RTL
© RTL
© RTL
The photos published on this site are subject to copyright and may not be copied, modified, or sold without the prior permission of the owner of the site in question.

To create the bypass, authorities were forced to remove some nearby trees, as all of the inside lanes had to be widened. At the moment, construction work affects the direction of Sandweiler.

Aside from the work above ground, authorities are also making sure to install the underground network necessary for an installation of traffic lights, which may be implemented at a later stage.

The entire construction project costs €2.3 million. The majority of the operation is expected to be completed by summer.