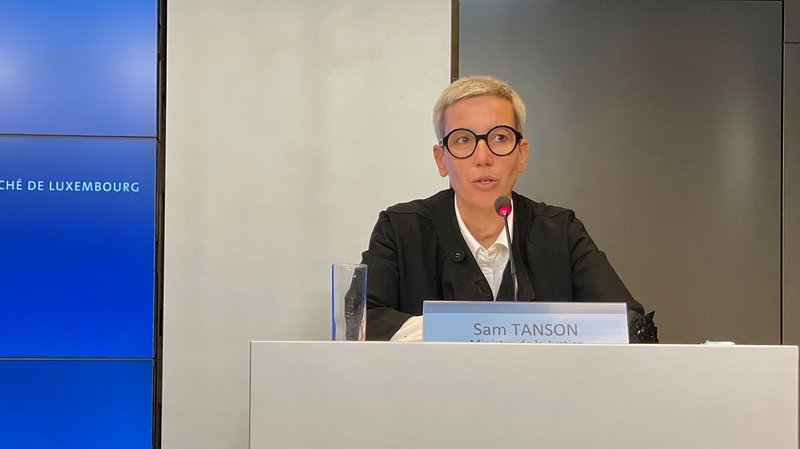 The recent demonstrations, during which protestors clashed with police officers on several occasions, were on the agenda of the Parliamentary Justice Commission on Wednesday morning. Minister of Justice Sam Tanson was also present and made several announcements.

Specifically, Tanson announced to the MPs of the Commission that she intends to put forward three changes to the criminal code. Firstly, spitting at police officers, something which was observed numerous times during recent protests, is to be made a punishable offence. Besides being a sign of disrespect towards police officers, Tanson pointed out that spitting at someone takes on an additional meaning during a pandemic.

Rebelling against police officers is already a criminal offence in Luxembourg but the Minister announced that she wants to raise the potential maximum penalty to three years. This would give the judicial authorities "different options" during prosecution, the Minister explained.

The third change announced by Tanson involves expanding the use of 'investigations under pseudonym', i.e., investigators using pseudonyms to carry out investigations in the digital sphere. The Minister explained that the public prosecutor's office requested the expansion of this type of investigation, as it is currently only permitted in cases of terrorism and matters of national security.

Regarding the introduction of a demonstration law, Tanson stated that there are currently no plans to do so.

The Minister pointed out that protesting is a fundamental right and "fortunately" most demonstrations in the Grand Duchy have been very orderly. The violence seen at recent protests is nevertheless reason enough for politicians to at least consider whether Luxembourg, like other countries, might need a specific demonstration law, Tanson said.

The Minister concluded by stating that the announced changes are to be implemented "as soon as possible".