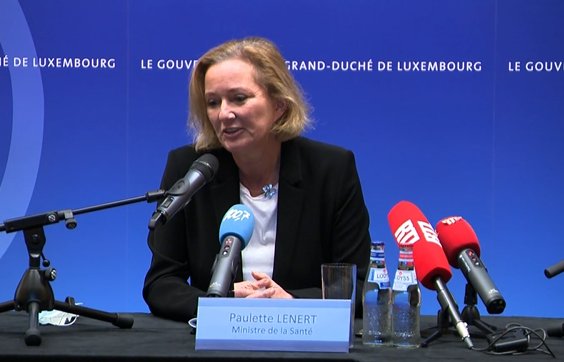 The Minister of Health also provided further details on the vaccine campaign aimed at children aged 5-11.

The Omicron variant has officially been detected in Luxembourg, according to Monday's announcement in a briefing led by three key figures in the Grand Duchy's healthcare sector.

It is not yet known where the case originated, said Director of Health, Dr Jean-Claude Schmit. The woman in question had not travelled outside of the country and had received two doses of the vaccine, although she had not yet received a booster.

Contact tracing is currently taking place to determine where she contracted the virus, as well as isolating any potential further infections, although at the time of writing no other cases of the variant had been detected yet. The woman worked for a cleaning firm which covered a retirement home in southern Luxembourg, where residents who came into contact with the woman have since been placed in quarantine. Authorities are carrying out regular testing.

The vaccine rollout for children aged between 5 and 11 will begin shortly, with bookings opening on Tuesday via MyGuichet.lu or through GPs. Lenert confirmed some 30,000 doses had been set aside for initial appointments, with a further 12,000 doses due to be delivered in January to continue vaccinating kids.

As with the general vaccine campaign, jabs will first be offered to children who are considered to be vulnerable to the virus, as well as children who live with adults who are at risk of serious illness.

The list regarding people at risk can be found on the government Covid website. It concerns children with certain illnesses, children undergoing chemotherapy or other immuno-suppressing treatment, or children suffering from heart conditions or obesity.