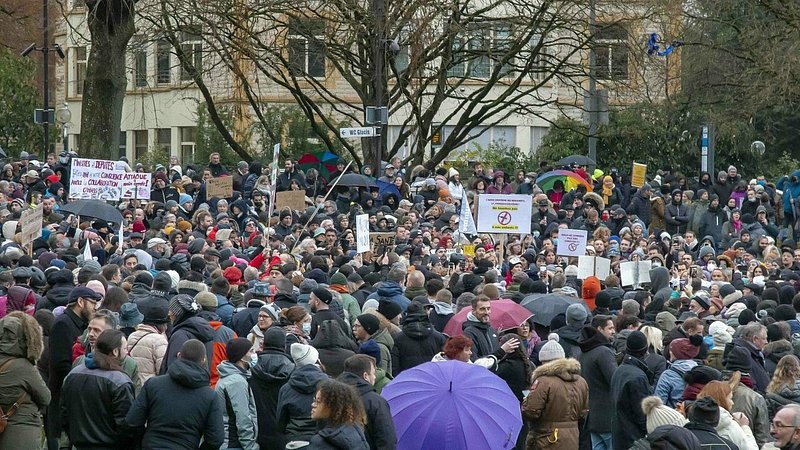 On Saturday, a protest against the government's Covid measures spiralled out of control in Luxembourg City.

Deputy Prime Minister Françcois Bausch took to twitter to voice his dismay: "Yes to freedom of opinion and freedom to protest. No to aggressions, vandalism, and attempts of intimidation. We cannot tolerate what happened at the Christmas market and outside PM Bettel's home today."

The Christian Social People's Party (CVS) also issued a statement on twitter: "We support freedom of opinion. We support the right to protest. But there are rules, and all those rights end when private people are being targeted in their homes or when the Christmas market is being stormed."

MP Sven Clement from the Pirate Party also condemned protests outside of private homes, stating that those people have left the "democratic debate" to become a mob.

Party colleague Mars Di Bartolomeo condemned the cowardly actions of the rioters and stated that his tolerance has reached its limits.

Minister for Family Affairs and Integration Corinne Cahen, who already saw protestors outside her home earlier this week, was evacuated by the police together with her children on Saturday.

Minister for Internal Security Henri Kox has meanwhile issued a statement to underline that everyone has a right to their own opinion, but condemned every form of vandalism, harassment, and intimidation.