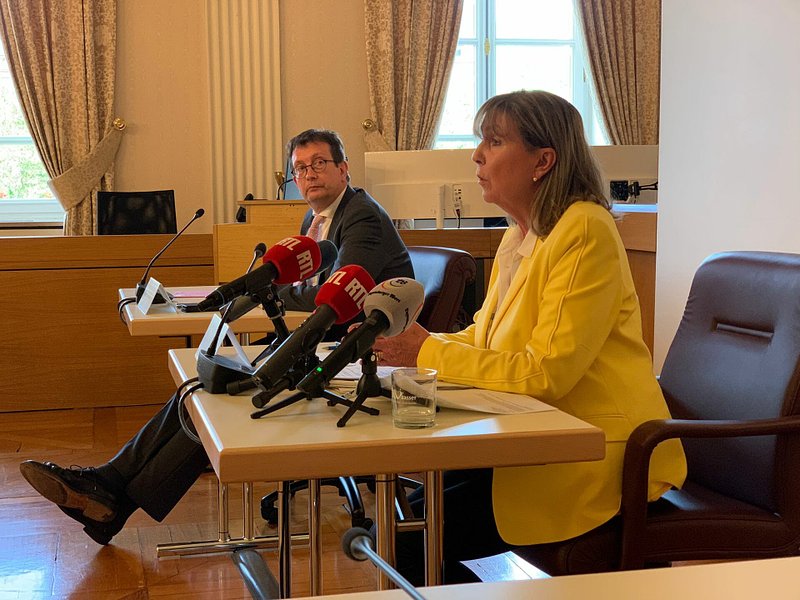 The Luxembourg City Mayor spoke to the press about the incident on Monday evening.

For the past two days, a video of the dog biting incident has been circulating the country and has drawn several reactions from the political spectrum, with some even advocating for Lydie Polfer to resign. "I will not resign because of drug dealers", Mayor Polfer reacted during the briefing on Monday.

Read also: What happened prior to the dog biting incident?

The politician further spoke about the feeling of insecurity in the Gare district, which she believes is supported by the evidence. Mayor Polfer conveyed that she recently received 24 videos of everyday incidents happening in the area, which were filmed by concerned locals. The Avenue de la Gare especially seems to be affected by the problem.

Mayor Polfer concluded: "We also received letters from locals who are too scared to speak out publicly. There are several gangs of dealers and they are becoming increasingly aggressive." However, concrete data showing an increase in crime could was not presented during the meeting.

Read also: Stephen Lowe - Is Luxembourg's crime and safety bubble about to burst?

Mayor Polfer also underlined that the security firm is tasked with guarding the public space, not disrupting the activities of drug dealers.

In case they are attacked, like last Saturday, they are allowed to react, the CSV's Maurice Bauer explained.

The Luxembourg City councilman further explained: "We want to draw attention to this problem, which the city cannot solve by itself. We are doing our part when it comes to social and preventive work."

The city has been cooperating with private security firms for years and has relied on the use of dogs. An incident like the one on Saturday has never occurred so far, city officials further underlined, and an enquiry into the matter has already been launched.

The security guard already stated that he did not intentionally remove the dog's muzzle.

The current contract with security contractor G4S will expire on 1 November.