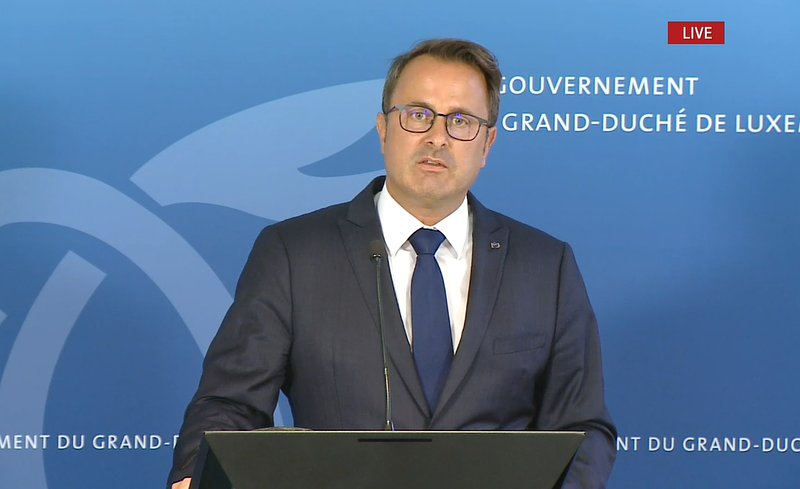 After a short holiday, Prime Minister Xavier Bettel was back in front of the press touching on Covid developments and how to move ahead following July's floods.

Shortly after, Minister of Defense, François Bausch, as well as the Minister of Foreign and European Affairs, Jean Asselborn, took stock of the situation in Afghanistan.

Bettel launched into the briefing by discussing developments surrounding the coronavirus.

As it stands, the situation remains stable, with a positivity rate under 2% in Luxembourg. Contact tracing shows that the majority of infections are still happening within the familial sphere, as well as holidays.

Yesterday the head of the health directorate indicated a spike in infections is to be expected in the fall, after holidaymakers return and schools begin.

The Delta variant still dominates with over 93% of infections.

Hospitalisations are stable, but the prime minister made a point of saying that the five people currently in intensive care in Luxembourg have not been vaccinated. Vaccination is a show of solidarity towards other citizens, Bettel said.

There are sufficient vaccine doses to vaccinate anyone who wants it (over 12 years of age). This includes cross-border workers, some 2,000 of which have opted to get the jab in Luxembourg. Jabs will not be made mandatory for health personnel, however they are strongly encouraged to take up the shot.

There is a possibility for the current Covid measures to be extended. Health minister Paulette Lenert will be speaking to the press next week on this subject, but they will definitely not be eased, Bettel stated.

Since becoming Prime Minister, Bettel has seen extreme weather conditions, including floods and tornadoes - although he jokingly added he hopes this isn't connected to his premiership. Reports on the management of this crisis have been completed and the relevant authorities will be examining how best to prevent such floods from occurring in future. Climate change remains a big threat, Bettel reiterated, and Luxembourg was lucky to escape the floods without any fatalities.

The estimated damage is around €49 million at the moment, said Bettel. If required, the government budget for flood aid will be increased from €50 million to €100 million.

The ministries are still receiving requests for assistance, both for damages, the agricultural sector, repairing roads and paths, and repairing the water treatment plants. It also covers partial unemployment affected by the flooding.

The Gouvalert app will be redeveloped to better warn residents in dangerous situations. There will also be options to warn residents who have not downloaded the app.

Bettel said he is proud of how Luxembourgish residents dealt with the flooding in July, with many pitching in to help neighbours and teams being deployed in Belgium and Germany to help those affected. He calls these people Luxembourg's ambassadors of solidarity.

In the last days, Luxembourg has attempted to extract several Luxembourgers and people with other nationalities from Afghanistan, specifically Kabul airport. 7 out of the 9 people on Luxembourg's list from Afghanistan have now landed in Belgium, foreign minister Jean Asselborn said. Two others have landed elsewhere in Europe.

This includes a family with three children, as well as a judge and her husband and four friends of the Luxembourgish family. Luxembourg authorities are currently helping to extract two families, and a Doctors Without Borders medical practitioner. 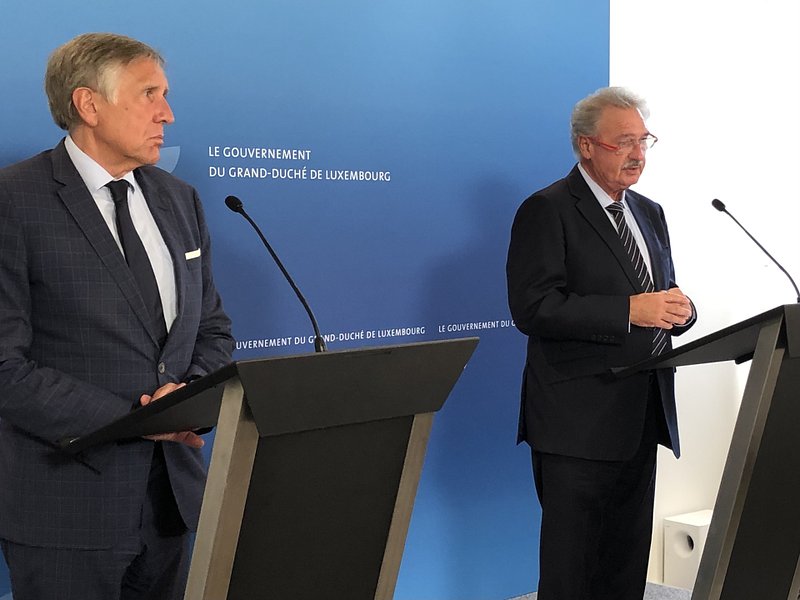 Asselborn also warned against focusing just on Luxembourg nationals, as there are countless people currently struggling to leave the country. To his knowledge, no one with links to Luxembourg is left in Afghanistan, as no one else has contacted the authorities. But the possibilities Luxembourgers stuck in Kabul have after 31 August are limited - the government has reached out to other countries including the UK, Spain and Turkey should their help be needed.

Asselborn and Bausch said that without assistance from Belgian and Dutch forces, they could not have accomplished this extraction. The Luxembourg A400M military aircraft operated together with Belgium played an important role in these missions.

In the last weeks, witnesses on the ground have said that women's rights have already been infringed in the weeks since the Taliban retook power, with girls banned from going to school, women unable to work and more.

Reflecting on the 20-year nation-building process, Asselborn says even today, 75% of the functioning of Afghan schools and hospitals depends on external support. He says living conditions have vastly improved in Afghanistan over the past 20 years, as well as improving daily life for Afghan women and girls. Luxembourg is ready to accommodate people wishing to make a life here, the foreign minister said.