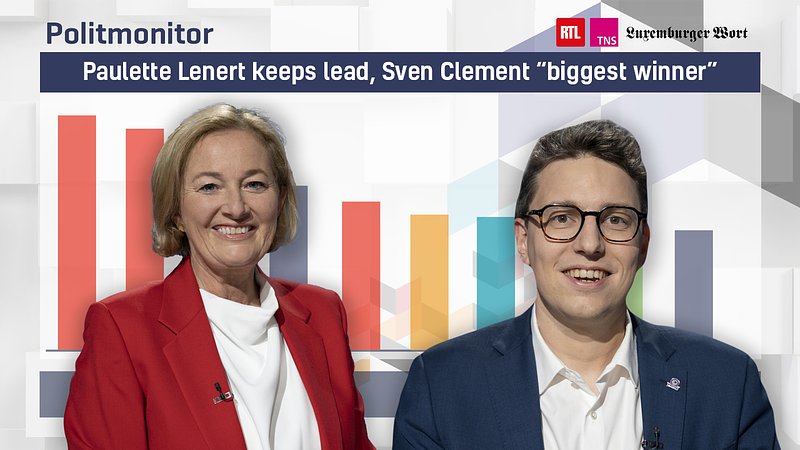 Minister of Health Paulette Lenert remains the most liked politician in Luxembourg, according to a Politmonitor survey. The "new star" is Pirate Party leader Sven Clement, who has rocketed into the top 10. Find out more about Luxembourg's politicians in this third and final Politmonitor segment.

In the shadows between March-April due to overwork, Minister of Health Paulette Lenert continues to shine in a new classification of Luxembourg's politicians, remaining, by far, the most favourite political figure by voters. She is joined at the top by Jean Asselborn, Minister of Foreign Affairs, and Xavier Bettel, Prime Minister. There is surely some disappointing representation by The Greens, severely affected by the health crisis. The big winner is the Pirate Party's Sven Clement.

A total of 35 political figures are scrutinised in the areas of sympathy, competence and familiarity. The survey was conducted on behalf of RTL and Luxemburger Wort by TNS Ilres, and included 1,127 representative respondents. 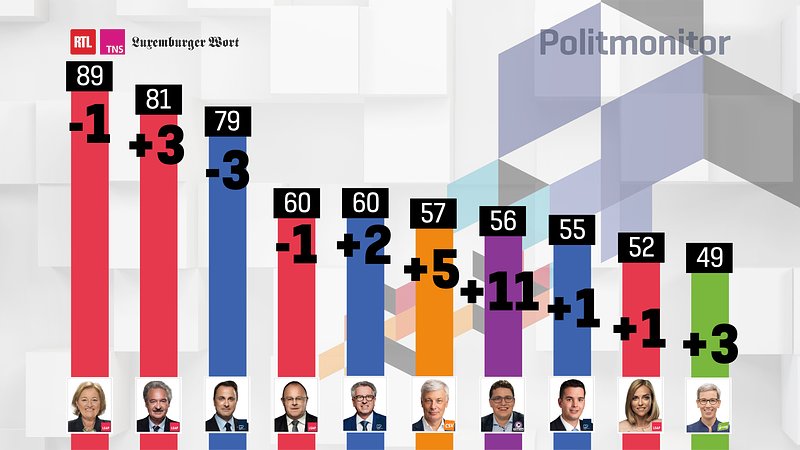 The surprise comes from the ranks of the opposition. Pirate Party leader Sven Clement has made a remarkable entry into the top 10 of the rankings, making an unexpected jump (+11) in six months. He is undoubtedly the "new star" of this poll. "It is striking to see that Sven Clement finds himself in the list with the parties in power (DP, LSAP, The Greens) as well as the largest opposition party (CSV). It is above all the older generations who bring him the best scores and who evaluate him very positively. He obtains the highest score in the base electorate of the CSV ", explains Tommy Klein of TNS-Ilres.

Recognition for the Minister of Health's crisis management at the start of the Covid-19 pandemic means that Paulette Lenert (LSAP) remains at the top of the poll. Simultaneously, however, Prime Minister Xavier Bettel (DP) loses three points and must give way to Jean Asselborn (LSAP) in second place. Colleague Corinne Cahen (DP) loses 11 points and drops to 27th place.

Bettel's government has done a good job during the first half of its legislature, and 85% of voters view the work done during the health crisis as very positive. But what can be observed once again, and had already appeared in November, is that the current coalition does not come out as strong as it did before the crisis.

Overall, the Socialists are performing best. Four of the party's ministers are among the most appreciated personalities: Paulette Lenert, Jean Asselborn but also Romain Schneider, Minister of Agriculture and Social Security, and Taina Bofferding, Minister of the Interior. The DP includes three men: Xavier Bettel, Pierre Gramegna and the one who embodies the future generation, Lex Delles, Minister for Small and Medium-Sized Enterprises and Tourism.

The Greens are, as in November, the biggest losers in this poll. Only two Dei Gréng ministers are doing well: Sam Tanson, Minister of Justice and Culture (10th) and François Bausch, Minister of Mobility (11th). The Greens are particularly exposed, since the greatest expectations of voters (housing, mobility, environment and energy) are the areas handled by ministers from their own ranks.

Note: Leader of the parliamentary opposition, Claude Wiseler, scored himself some points. The new boss of the CSV finds himself in 6th position, despite not having ministerial responsibility - familiarity is key here.