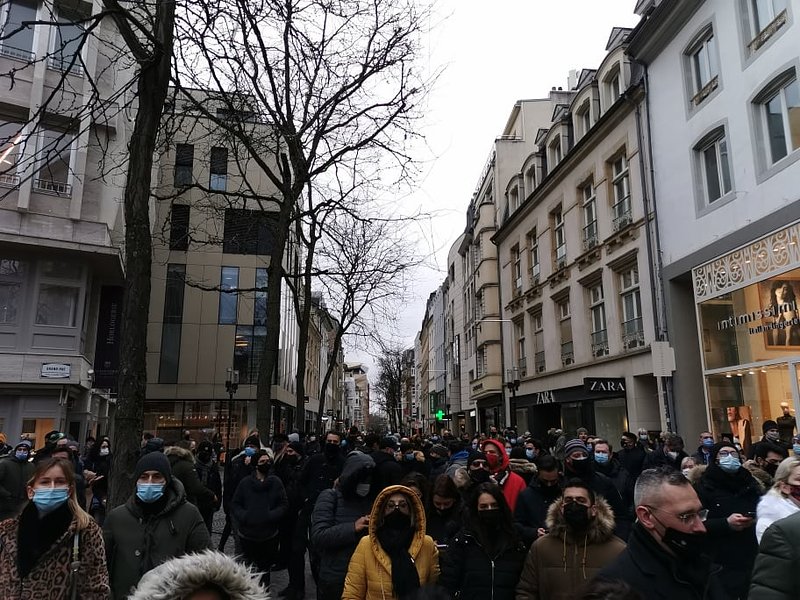 Members of the Horesca sector held renewed protests against coronavirus restrictions in Luxembourg City on Saturday.

Demonstrators marched through the capital and protested in front of the city hall on Place Guillaume II.

The protest was organised by 'Horeca Tous Ensemble' and also attended by members of the #LightsOnLuxembourg group.

Andrew Martin, founder of #LightsOnLuxembourg, expressed his hope that 'the government will reconsider its decision to open every type of business and leave bars and restaurants closed,' labelling the decision 'not logical and not fair on the Horesca sector.'

Martin hoped the protest would 'make an impact and open the eyes of the government' and show that hotel, restaurant and café owners and employees are 'struggling to survive financially which in turn is affecting mental health.'

Prime Minister Xavier Bettel on Friday announced that existing measures would be extended until at least 21 February.