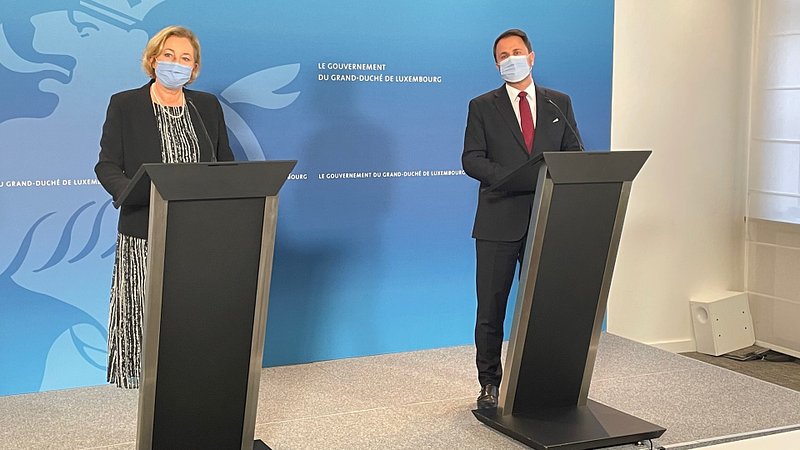 The current Covid restrictions are set to be extended until 21 February, although the situation has improved in the Grand Duchy over recent weeks. This past week saw an average of 137 new cases a day, a far cry from the start of the month, while hospitalisations have dropped to just 77, 14 of whom are in intensive care.

Unlike other countries, Luxembourg has not seen an upswing in cases following the festive period, in part due to stringent lockdown measures, and in part due to the public observing the rules, said the Prime Minister. However, the new virus variants are cause for concern, with 12 cases of the British strain observed in Luxembourg to date. For this reason, the government has opted to prolong the current restrictions, which were set to end on 31 January, for another 21 days.

Incoming travellers to Luxembourg may also be subjected to new measures, such as providing a negative test result, once the government has settled upon an acceptable solution after discussions with health authorities and their European counterparts. Bettel said further details on travel would be available following Monday's government meeting. He added that he did not wish to ban travel, but certain safety measures would need to be installed both for foreign arrivals and Luxembourgers returning home from abroad.

The Prime Minister supported Jean Asselborn's statement earlier on Friday that Luxembourg's borders must not close, saying that the healthcare system in the Grand Duchy was very much dependent on cross-border travel. Bettel explained that Asselborn would discuss the matter with the Minister-Presidents of the German border regions, Tobias Hans and Malu Dreyer.

Lenert addressed the question of vaccinations in Luxembourg, saying that further details on the vaccine strategy would be released next week. Around 5,600 people have been vaccinated to date, with around 41% of those invited making an appointment for their jabs.

The AstraZeneca vaccine is expected to be given the green light by the EMA at the end of January. Bettel said they would pre-order doses ahead of the official approval, to ensure the vaccine could be rolled out as swiftly as possible upon delivery. Lenert explained there had been delays to the doses supplied by Pfizer and Moderna, with the latter delivery delayed by a week to the end of January.

Pfizer/BioNTech have also reduced the number of doses provided in each delivery, although this is due to be rectified by mid-to-late February.

Lenert added that they were looking at redirecting the unused vaccine doses to other sectors, such as care homes, and could potentially send out more invites than the number of vaccine doses available, in the knowledge that not everyone is ready to accept the invitation. Bettel once again ruled out making vaccinations mandatory, but said they were a sign of responsibility and solidarity.