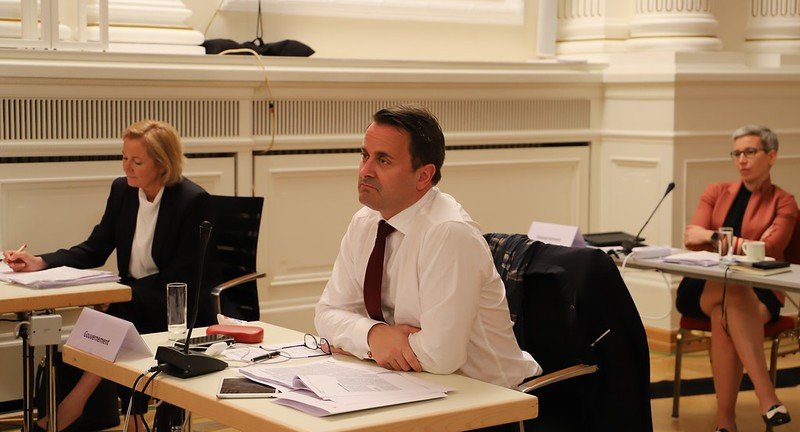 Prime Minister Xavier Bettel was initially meant to give his state of the nation speech this Wednesday. This traditional address was postponed to a later date due to the ongoing pandemic. Instead, he joined forces with Minister of Health Paulette Lenert to discuss the current situation.

The prime minister began his address by stressing that we "had and still have to deal with a pandemic that continues to claim lives" across the world even though the number of deaths still remains stable in Luxembourg at 110.

He looked back at the turbulent previous months and stressed that the protection of human life has been and will always be the government's key priority. He explained that both the lockdown and the easing of lockdown restrictions had been the most difficult decisions of his political career. He emphasised that, apart from economic concerns, mental health considerations were also taken into account when the government decided to lift the lockdown. In this context, he referred to a recent survey that found that approximately one third of Luxembourg residents saw their mental health decline during the lockdown. Ailing mental health often goes hand in hand with financial concerns as unemployment has seen steep rise and many residents are plagued by existential fears.

Both for the sake of the economy and the country's mental health, a second lockdown must be avoided at all costs, Bettel stressed. Luxembourg's hospitals are better prepared to deal with a potential increase of virus patients than they were when the pandemic struck months ago. Today, it is for instance possible to look after at least 180 intensive care patients. Equipment shortages are no longer an imminent threat. At the same time, it is up to each individual to respect the safety and social distancing recommendations as rigorously as possible. Individual responsibility and solidarity are the key tools to prevent Luxembourg's hospitals from getting overburdened and to keep the curve of new infections as flat as possible, Bettel repeatedly stressed.

The prime minister also reiterated in this context that most recent infections occurred at private events and parties in particular. Contact tracing showed that infections did not rise significantly after schools, shops, or restaurants and bars were reopened. All in all, face masks and social distancing measures remain paramount. The non-respect of these simple guidelines could be "catastrophic," he stressed.

Bettel still showed himself sceptical about the possibility of a tracing app in Luxembourg. He explained that this option failed in many other countries as only a very small percentage of the population actually downloaded the app. Privacy and cyber security concerns also speak against the use of such an app in Luxembourg, he said.

Minister of Health Paulette Lenert echoed Bettel's words of caution. She underlined that the post-lockdown phase in a particularly dangerous one as it faces Luxembourg with new challenges. "We don't yet know if the peak of the crisis lies in the past," Lenert said, appealing to individual responsibility. She explained that, unlike other countries, Luxembourg did not record an excess mortality rate due to the pandemic. The hospitals were never overburdened and the government was not forced to take extremely difficult ethical decisions such as the distribution of ventilators to a selection of patients. Hospitals are also now better prepared to still look after non-Covid patients, she said. Temporary care centres could also be reopened if the situation deteriorates.

Lenert explained that is important for both health officials and the public to be alarmed. She stressed that complacency carries great risks as the precautionary measures would, in that case, no longer be respected as rigorously. It is also important to test people when they come back from travels. She cited the testing station at Findel airport where travellers can get tested when they (re)enter Luxembourg.

She concluded that the virus is not yet history - it remains up to each individual to play their own part in the battle against the pandemic.