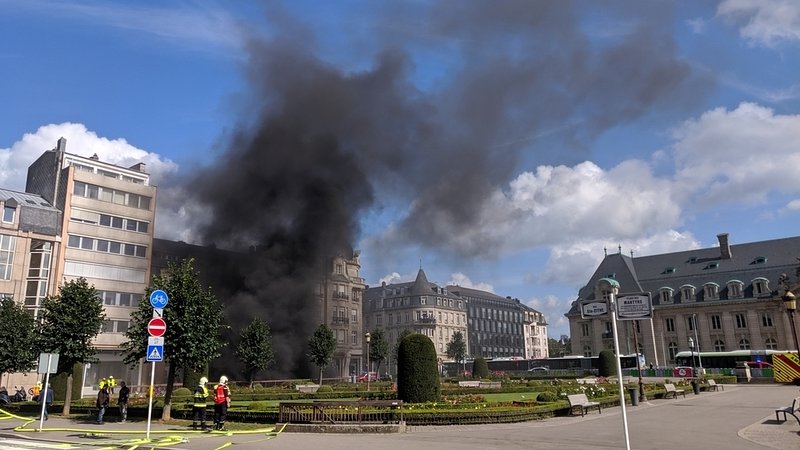 Days after a fire broke out in the underground car park on Place des Martyrs, the City of Luxembourg held a press conference with further information.

The municipal council also specified that there is no fire sprinkler system on level -1 of the car park. The car park is 35 years old and the safety norms were different at the time.

Mayor Lydie Polfer appealed to those motorists affected to contact their insurers' and arrange for tow trucks to collect their vehicles. Due to the dust and toxins nobody is allowed to go into the car park without protective gear.

As for the cause of the fire, the municipal council was reluctant to provide any information whilst the police's forensics unit continues to investigate the fire. However, the council was able to 'most likely' exclude an electric vehicle being the cause of the fire. Of the four cars that burnt down, none were electric. Alternatively, if an electric car had been at the root of the fire, then the fire brigade would have had to move it into a tank. The batteries would have continued to constitute a fire risk.