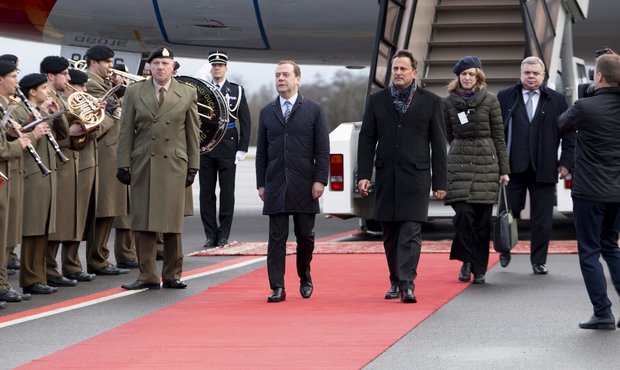 Today is day two of Dimitri Medvedev's official visit to Luxembourg. At the centre of the talks: the economic relationship between the two countries.

The Russian Primer Minister, Dimitri Medvedev, arrived on Tuesday afternoon to begin his official visit of the Grand Duchy of Luxembourg.

The key topic for Wednesday's talks is the economic relationship between Luxembourg and Russia. In the morning, the Russian PM will meet Fernand Etgen at the Chamber of Deputies, before meeting Mr Bettel at Mudam.

A number of agreements are scheduled to be signed in the afternoon.