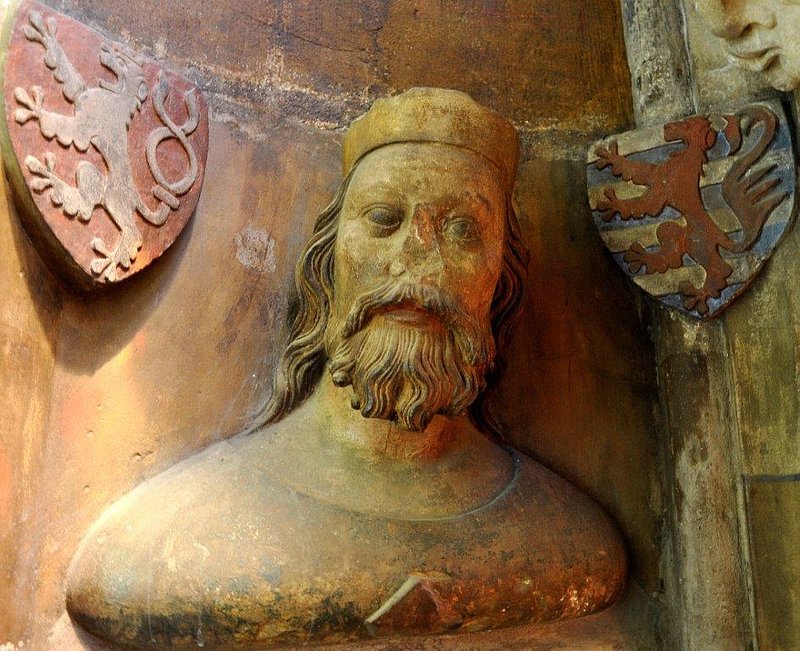 A bust of John the Blind. / © RTL Archives

John the Blind is probably the most important historical figure in Luxembourg, fondly known as the creator of the Schueberfouer and remembered for his heroic death at the Battle of Crécy in 1346.

But how did a medieval monarch rise to such national fame in the centuries after his death? 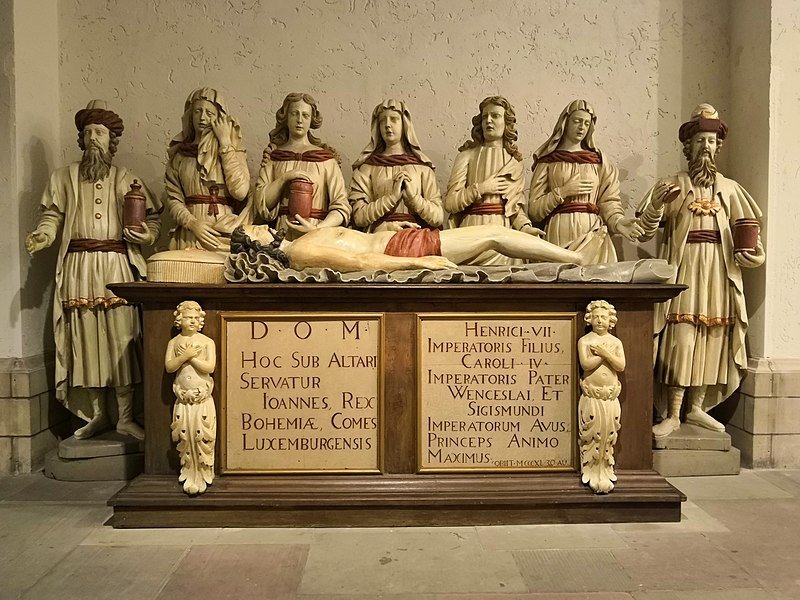 The tomb of John the Blind in Luxembourg. /

Who actually was John the Blind?

He came from an illustrious family. We have covered the dramatic ascent of the House of Luxembourg to the top of the medieval European game in previous articles, which you can find here.

John was born in 1296 to Count Henry VII of Luxembourg, but his birth came at a difficult time for the family, shortly after the disastrous 1288 Battle of Worringen.

Nevertheless, John’s father managed to get himself elected King of the Romans in 1308 and was appointed Holy Roman Emperor in 1312 before his untimely death in 1313.

John therefore had big boots to fill, and he tried his hardest to do so. At 14, he married the heir to the crown lands of Bohemia, earning him the title by which he is otherwise remembered in the history books: John of Bohemia.

He was a largely successful ruler, expanding the territories of the County of Luxembourg, taking Silesia for his Bohemian lands and building alliances and castles wherever he went.

Not only that, but John also began to earn a reputation as model knight, known for his chivalry and his willingness to go on crusade in Eastern Europe against the Lithuanians.

His extensive territories made him a big player in European politics, and he was thus drawn into the widening conflict between England and France beginning in 1337 that came to be known as the Hundred Years’ War.

At the Battle of Crécy in 1346, John was killed fighting for the French. But his story was far from over.

A legend is born

After his death, John’s legacy was preserved in part through the work of poet Guillaume de Machaut, who had served him for more than a decade.

De Machaut lauded John as rivalling mythical figures such as Hector and Alexander the Great in his chivalric virtue, highlighting John’s supposed selflessness, generosity and honour.

His crusades against the Lithuanians – non-Christian ‘barbarians’, in the language of the time – helped to promote the imagery of a legendary figure, but it was John’s death at Crécy that was probably the most important factor in his posthumous European fame. 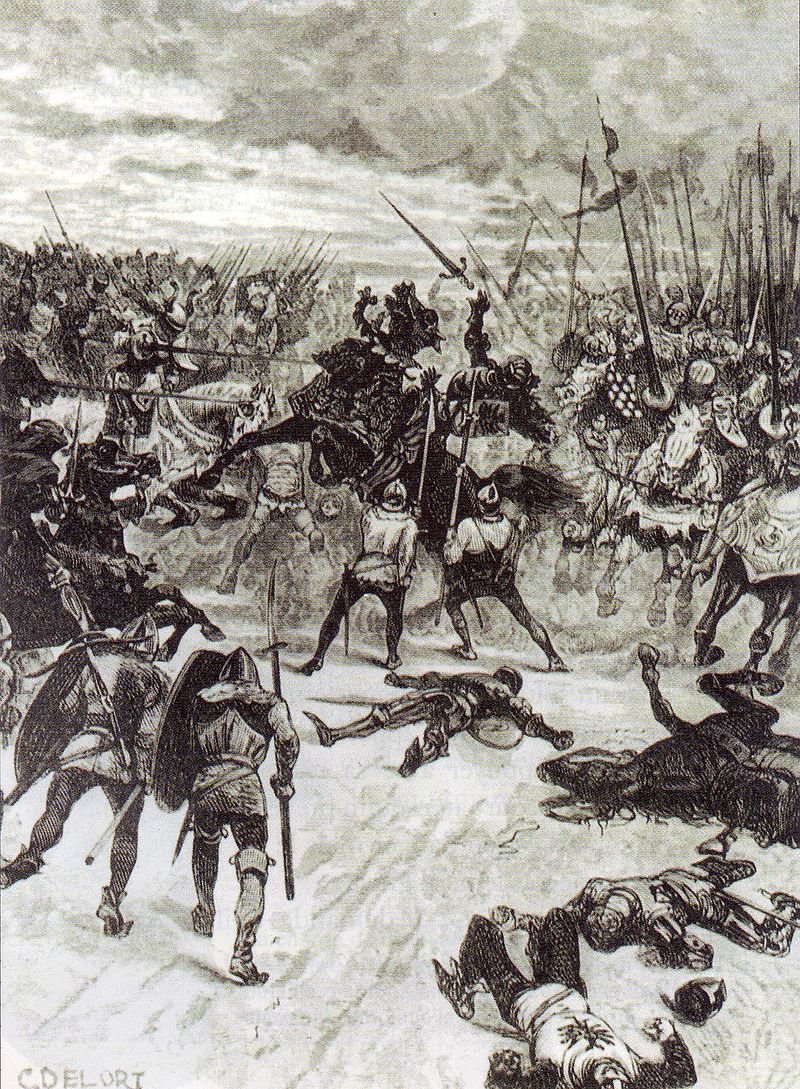 John the Blind's death at the Battle of Crécy. / © Public domain

Accounts of the battle were quick to point out that a powerful sovereign – the King of Bohemia, and the son of a Holy Roman Emperor – had been killed.

John’s name was central to poetic renditions of the battle by medieval figures such as Eustache Deschamps and Jean Froissart, who portrayed John as having sacrificed himself for his ally, the French King.

Even the English were aware of who they had killed: one well-known myth held that Edward, the Black Prince of England, copied the feathers on his crest and his motto Ich Dien from John of Bohemia after seeing his body on the battlefield. Both the feathers and the motto remain in use by the Prince of Wales, the title of the heir to the British throne, although the story is believed to be false.

John of Bohemia was thus a medieval celebrity, but how was he viewed in Luxembourg?

John the Blind, a hero in Luxembourg

John’s ancestral links with Luxembourg ensured that his body was moved to the Altmünster Abbey after his death.

There, it became a sort of tourist attraction, with ceremonies to mark the anniversary of his death, and when the old Abbey was destroyed in 1543, the only tomb to survive was John’s, reflecting his enduring importance two centuries after Crécy.

Interestingly, although most accounts agree that he did indeed lose his eyesight during his lifetime, John’s epithet – the Blind – did not enter into common usage until hundreds of years later.

It was only by the eighteenth century that the nickname truly established itself, with prominent early modern historians of Luxembourg, François Pierret and Jean Bertholet both calling the long-dead King Jean l’Aveugle.

Pierret and Bertholet cemented John’s legacy by emphasising the centrality of his Luxembourg domains, with the latter especially painting a picture of a monarch always desperate to return ‘home’ after trips away to govern his Bohemian lands or fight battles across Europe.

When Luxembourg fell to the revolutionary French in 1795 after a long siege, local notables sought to protect John’s remains and smuggled his bones out of the city.

After some disagreements, they ended up in a monastery over the border in Mettlach until 1833, when Prussian Crown Prince Frederick William visited the area and was presented with the remains.

Frederick William was apparently sad to see the bones of a venerable medieval monarch in such a sorry state, and ordered the construction of a mausoleum in Kastel, on the banks of the Saar, where John the Blind was buried again in 1838.

The body now became part of a wider political conflict between Luxembourg, newly-created Belgium and powerful Prussia. Coinciding with the emergence of Luxembourgish nationalism, the dispute over John’s remains once again elevated his standing, to the extent that in 1844 Luxembourg’s Dutch King William II even agreed to contribute 10,000 francs to a fund aiming to build him a mausoleum.

Although this would not be achieved in the 19th century, John began to appear prominently in the first schoolbooks on Luxembourg’s history, and he was mythologized for three explicit reasons.

Firstly, he had loved his homeland – so much so, that his contemporary Bohemian chroniclers constantly criticised him for returning to Luxembourg.

Secondly, he had founded the Schueberfouer: in 1340, he had permitted the creation of an annual fair in late August, which has survived to this day.

Finally, he had died a heroic death at Crécy, which led him to be eulogised in poems, texts and paintings, which can still be seen in a number of museums in the Grand Duchy.

These three elements of John the Blind’s life made him a perfect national hero, and he thus became a central part of Luxembourgish identity. 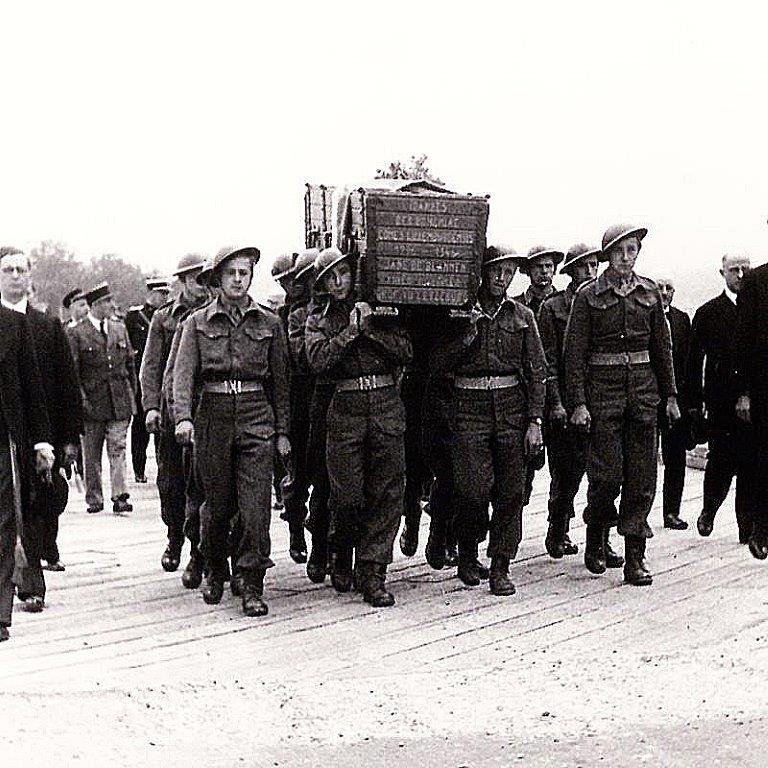 The final chapter of John’s story was yet to come, however. In 1946, after the Second World War, the Luxembourg government made preparations to ‘repatriate’ his bones from Kastel.

On August 26th, 1946, the 600th anniversary of his death at Crécy, the remains of John the Blind, King of Bohemia and Count of Luxembourg, were reinterred in the Notre Dame Cathedral in Luxembourg City.

And there, to this day, lies the body of Luxembourg’s greatest historical icon.

This article was based on the book 'Constructing the Middle Ages: Historiography, Collective Memory and Nation-Building in Luxembourg', by Dr. Pit Péporté.