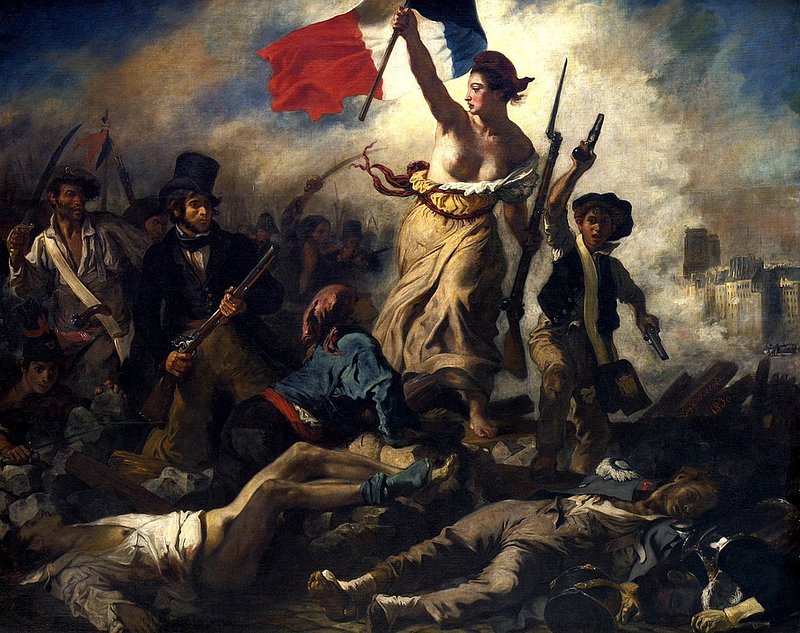 Intern Thomas Tutton offers his insights on Luxembourg’s experience of French occupation during the Revolutionary and Napoleonic wars, on the 225th anniversary of the Siege of Luxembourg.

The modern history of Luxembourg began with the creation of the Grand Duchy of Luxembourg at the Congress of Vienna. The Congress was convened in 1814 to reconstruct the map of Europe after the upheaval of the French Revolutionary wars and the Napoleonic Empire. This piece, as part of our wider series on the history of the country, will examine how Luxembourg fared during the transformative period of 1789-1814.

Luxembourg before the French Revolution

The medieval Duchy of Luxembourg, a territory somewhat larger than the current Grand Duchy, became a part of the Southern (Belgian) Netherlands in the 15th century, and had remained adjoined to these provinces as they passed successively through Burgundian, Spanish and Habsburg hands. The Duchy was centred around the fortress town of Luxembourg, a highly strategic military fort that was considered to be impregnable.

By 1714, after the Wars of the Spanish Succession, the Austrian Habsburgs had gained control of the Southern Netherlands, and therefore Luxembourg. However, they had little interest in their distant Belgian territories, and the Belgians themselves paid little attention to Luxembourg.

The Duchy therefore remained a backwater, a border region far away from the centres of power. Communications with the outside world were difficult due to the lack of roads and infrastructure.

Luxembourgish society was split between a tiny nobility, an influential but impoverished clergy, a small bourgeoisie and the overwhelming majority of peasants. The capital only had about 8,500 inhabitants by the end of the 18th century; historian Jean-Marie Kreins has suggested that only 4% of the Duchy’s total population lived in urban areas at this time.

When the first storms of the French Revolution appeared in 1789, therefore, they made no impact on life in Luxembourg. The meeting of the Estates-General, the storming of the Bastille, the execution of King Louis XVI – all events of monumental historical significance – did not inspire any similar uprisings in the Duchy. This was an agrarian economy with an insular and highly religious society.

A short-lived rebellion in the Southern Netherlands known as the Brabant Revolution did break out in 1789-90, but it was ironically based not on the ideals of the French Revolution, but on local opposition to the liberal reforms of the Austrian Emperor (and Duke of Luxembourg) Joseph II. Luxembourg did not participate in the uprising, which was put down by Austrian troops in 1790.

Fall of the Duchy: the Flanders Campaign of 1792-5

The outbreak of hostilities between the new French Republic and the First Coalition of Britain, Austria, Prussia and the Dutch Republic, however, soon brought war to Luxembourg. The Coalition forces assembled in the Netherlands in 1792 and invaded France with the intention of restoring the monarchy, beginning what came to be known as the Flanders Campaign. In response, the French mobilised the entire nation through the levée en masse, winning a miraculous victory at Valmy (not far from Luxembourg).

The years 1793-4 saw the French push the Coalition back towards the Netherlands after a series of bloody battles. The conflict began to take its toll on Luxembourg: the town of Arlon (now in Belgium, but then part of the Duchy) was the subject of two engagements, while the monastery at Clairefontaine was burnt to the ground.

The French victory at Arlon in May 1794 left open the path to the fortress of Luxembourg, by now the only part of the Austrian Netherlands that was not in French hands. General Jourdan’s forces advanced into the Duchy, enveloping the town of Luxembourg by taking Esch-sur-Alzette in the south, and Wasserbillig and Echternach in the north and east.

The fortress, still garrisoned by 15,000 Austrians, was simply too strong to attack, so on 21 November 1794 – 225 years ago next month – French troops settled into what would become known as the Siege of Luxembourg.

The siege was harsh, especially for the exposed French soldiers, who marauded widely looking for food and shelter during a freezing winter. According to the celebrated national historian Gilbert Trausch, the devastation wrought by the invading army eventually produced a famine in the Luxembourgish countryside.

The garrison held out until 7 June 1795, when it finally capitulated to the French. Among the dead was French General Jean René Moreaux, who had fallen ill during the siege, and whose name is inscribed on the Arc de Triomphe in Paris.

The seizure of the Luxembourg fortress was announced with great fanfare back in Paris, where Lazare Carnot, one of the leaders of the Directory regime, lauded the capture of the impregnable so-called 'Gibraltar of the North'.

On 1 October 1795, the former provinces of the Austrian Netherlands were formally annexed by the French Republic. Almost all of current-day Luxembourg became known as the Department of Forests, which also covered Arlon and Bitburg, now in Germany. Its capital was the town of Luxembourg.

The local population was far from happy about its absorption into France. What little it knew of the French Revolution, it feared, as tales of the Terror had been spread by émigrés fleeing France through Luxembourg. The new regime soon alienated the native Luxembourgers even more by destroying their old way of life.

Along with the Duchy itself, the French abolished many of the institutions that had previously governed the region: estates, provincial councils and magistrates all disappeared, to be replaced by a centralised administration. French bureaucrats who spoke no German and knew nothing about the area were brought in to rule over Luxembourg, causing consternation in the Germanophone eastern parts of the department.

By far the most hated of the early French reforms, however, had to do with religion. The Revolution had already targeted the church in France, leading to a disastrous civil war in the Vendée. In Luxembourg, religious orders were shut down, monasteries were closed and processions were prohibited. Priests were required to take the revolutionary oath of fidelity to France; most did not, and were dismissed. These measures shocked and infuriated the deeply Catholic population.

On top of this, in September 1798, the French authorities introduced conscription in the former provinces of the Southern Netherlands. The reaction was immediate: an uprising that became known as the Peasants’ War. It centred around the town of Clervaux in what is now northern Luxembourg, where a mass of poorly armed peasants was easily defeated by a French force in October 1798.

In response, the French Directory deported 812 priests and sentenced 35 peasants to death. This incident, remembered as the Kleppelkrich, was mythologized by 19th century Luxembourgish historians who were seeking to construct a national history.

The advent of the Napoleonic regime, through the Consulate in 1799 and the Empire in 1804, had some positive effects for Luxembourg. Napoleon’s Concordat of 1801, which paved the way for a reconciliation between the Pope and the French state, alleviated some of Luxembourgers’ hatred for the new regime, and the Code Civil, introduced at this time, remains the foundation for the Grand Duchy’s legal system.

Yet this remained an occupation, and the seemingly endless wars of the period took their toll on Luxembourg. A recent project by the Luxembourg National Archives led to the online publication of the death certificates of 3,000 soldiers from the Department of Forests, although it has estimated that up to 8,800 local men died in French armies in the years 1798-1814.

The French occupation of Luxembourg ended in 1814 with the fall of the First French Empire. Its impact was significant, but it has largely been forgotten, with the German occupation of 1940-44 taking its place in historical memory. This piece will hopefully serve as a reminder that Luxembourg was once French, too – and it didn’t like that much either.