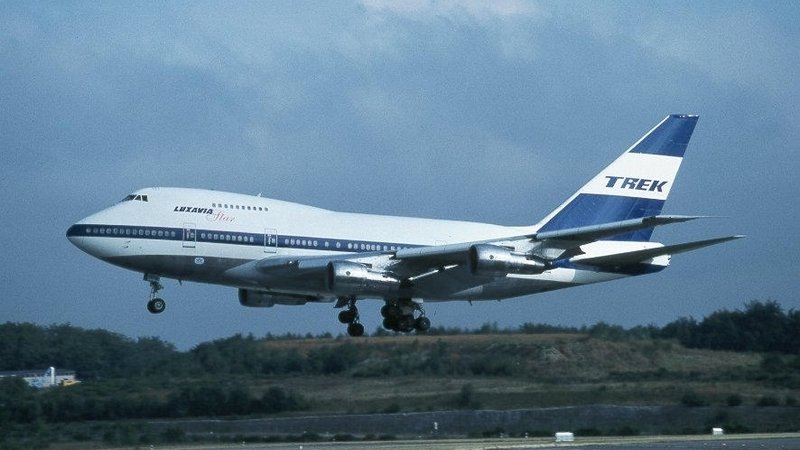 In a veritable blast from the past, did you know that Luxembourg Airport used to have direct* flight connections to South Africa?

*with technical stops in Rome and Luanda.

Nowadays, Luxembourg Airport in Findel might be a busy hub for continental flights to Munich or London, but only has a few destinations outside of Europe. These destinations - Istanbul and Egypt for one - are usually seasonal, with not many airways venturing further. But let's dial it back a few decades, as Luxembourg used to have flights going all the way to South Africa: either Johannesburg or Windhoek (now in Namibia, but up until the 1990s under South African control as South West Africa).

An advert for the LUXAVIA flight highlighted the journey between Luxembourg and Johannesburg, advertising bus connections to Luxembourg from German cities as well, all under the headline of Luxembourg Airport being the 'open airport without long queues and airport stress'.

Luxembourg to Johannesburg, a short history

The post-war era saw a veritable boom in Luxembourg's aerial history, as the country was keen to redevelop its economy and promote its international air traffic. The South African-Luxembourgish aerial relationship began in the post-war years, although its high point was between the 1960s and 1980s. South Africa was already governed by its apartheid regime, but had not been subject to UN sanctions yet in the 1950s. At this point, the Luxembourgish government was in negotiations with South Africa to set up a regular flight connection. In the mid-1950s, Trek Airways ran regular connections between Luxembourg London, which then allowing the airline to offer the Johannesburg - Luxembourg - London route. At the end of 1955, three out of four of Trek Airways' Viking aircraft would depart or arrive at Findel airport. 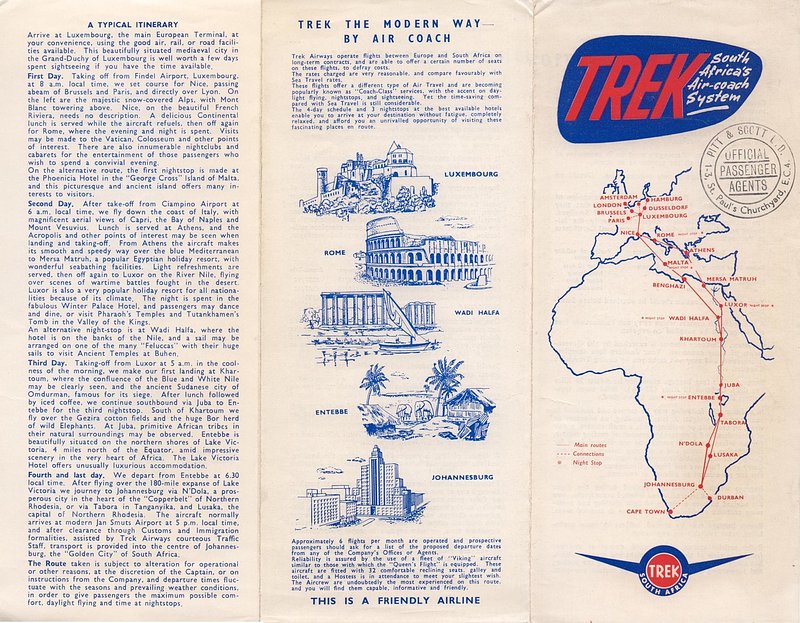 A brochure for Trek Airways' flights to Luxembourg from 1955-57. / © Timetable Images/ www.timetableimages.com

In 1960, Trek Airways, a South African airline, received permission to operate non-regular services, including charter flights and inclusive tours, from Luxembourg. One year later, Trek Airways and Luxembourg Airlines signed a franchising agreement, which became the starting point of the Trek Airways/LUXAVIA collaboration. For the next years, Luxair branding and colours would adorn some Trek Airways aircraft, with the latter airline providing the equipment for planes registered in Luxembourg.

A crucial change occurred in 1965. The airline operating in Luxembourg was rebranded as LUXAVIA, with Trek Airways' CEO noting:" ...it was so close to Luxair in spelling and meaning that the travelling public would hardly notice the difference." LUXAVIA earnt the rights to offer 88 flights a year and the airline registered another aircraft in Luxembourg, transforming the Superstar ZS-DTM into the LX-LGZ. By the 1970s, the airline had to further change its identity on paper, transforming the company into LUXAVIA for all intents and purposes in 1971. At this point, LUXAVIA and Luxair's relationship became closer, especially once LUXAVIA redefined itself as a tour operator. The LUXAVIA/Luxair collaboration continued through the 1980s, with Luxair Tours offering South African vacations in its package holiday catalogue. In 1982, the catalogue depicted South Africa as a picturesque and multicultural paradise, highlighting the different cultures of the Boers, the Hottentots, Xhosas, and the Zulu people. The catalogues did not at all mention any negative aspects, despite the political climate condemning apartheid at the time.

The contract between LUXAVIA and Luxair ended in September 1993, and a year later, LUXAVIA (at this point renamed Trek Airways) ceased its activities.

The elephant in the room throughout this entire flight connection is the apartheid regime in South Africa. Throughout the 40 years that Trek Airways/LUXAVIA operated in Luxembourg, there was a deliberate sense of ambiguity designed to remove any association with South Africa, especially once the country became subject to international condemnation due to its racist policies. This of course explains the reframing of the airline as LUXAVIA. Interestingly, the Luxembourgish government was always happy to assist, even after the UN General Assembly adopted Resolution 1761 in 1962, condemning apartheid as violating South Africa's obligations to the UN Charter. 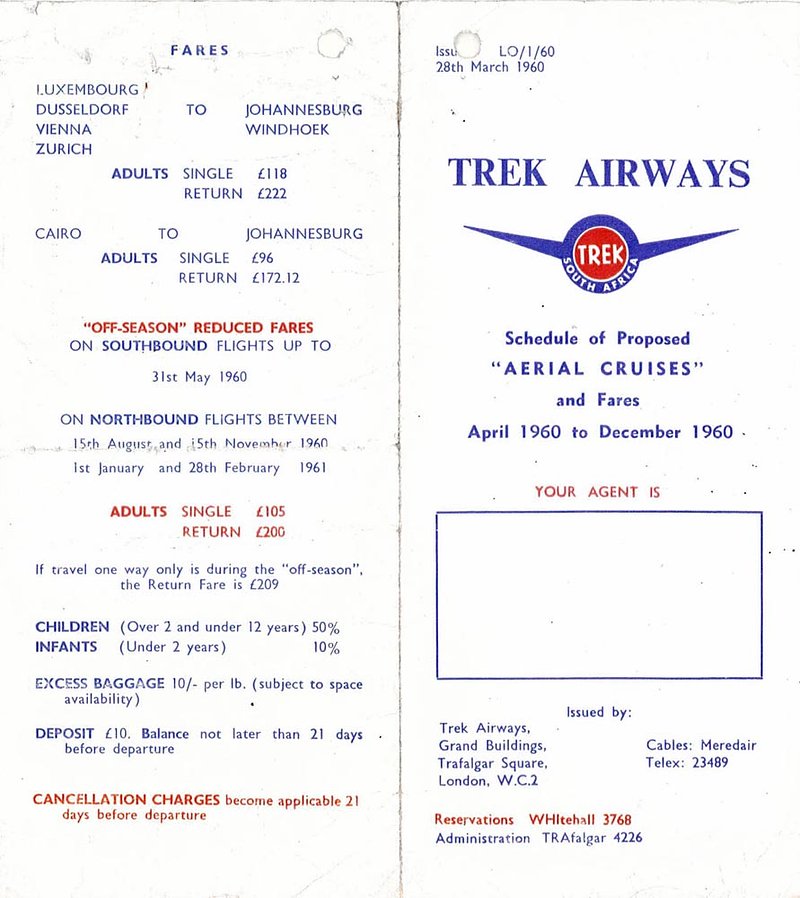 One key aspect shows the Luxembourgish government's collaboration, as the government continued to support the flights, and assisted in the renaming of the airline, despite the resolution stating: "Refusing landing and passage facilities to all aircraft belonging to the Government of South Africa and companies registered under the laws of South Africa."

The Luxembourgish press also did not publish many critical articles on the relationship, especially when the aircraft used for the Grand Ducal visit to China in 1979 belonged to LUXAVIA.